The truth of Mercedes-Benz Fashion Week Cape Town 2017, was that of a weathered offering falling apart at the seams. This piece of indulged mediocrity by the AFI – Africa Fashion International organization, was collectively mishandled on so many levels.

The Public Relations flavor-of-the-month to handle the re-emerging bi-annual fashion event, Zebra Square, showed an inconceivable disregard for respecting Cape Town media, as is evident in how so many designers and media were treated.

I am acquainted with the AFI head honcho Dr. Precious Moloi-Motsepe, and am familiar with her unwavering dedication to ensuring her events run smoothly, and are well-received. During a conversation with her at Day 1 of fashion week, I had mentioned my dissatisfaction about how the PR of this year lost my tickets. She promptly said she’d deal with the situation immediately, and then I had an  infuriating encounter with the Zebra Square PR head honcho Jill, who fast-walked to me fuming about why I ‘slanderously’ complained to the event boss about a situation her company could have easily prevented. Amid her rant – which garnered quite a bit of attention as she steadily grew louder in the Media Lounge, and I tried to get right with my lord by holding back the fountain of eviscerating vitriol resting on the tip of my tongue – she showcased a truly astounding level of unprofessionalism which I’d never encountered in any fashion week I’ve ever attended across the world.

Anywho, after getting lulled into loud resignation by her 2nd-in command, I was handed a few other tickets to tide me over, by a soft-spoken, hard-working and doe-eyed Sara; and fashion week began.

2017 is meant to be AFI’s year to celebrate a decade in the industry. The 2nd coming of Mercedes-Benz Fashion Week initially took place across from the ocean, at The Meadway in Camps Bay. 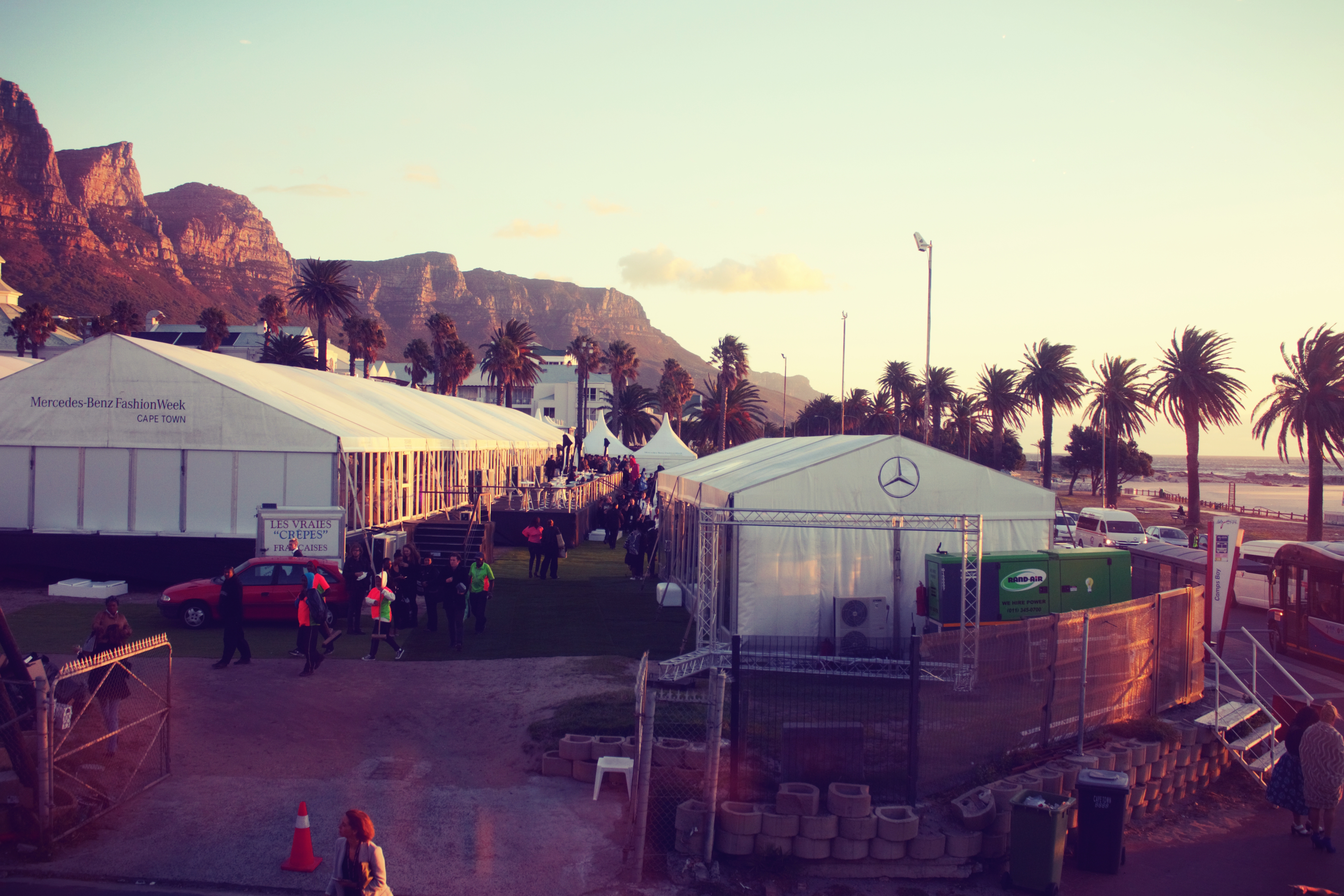 Imagine a glass-walled marquee with 3 wine bars (thank you Boschendal), 3 vodka bars (salut, Grey Goose) and chrome mirrors with beautiful frames, lining the walls. Everything looked good and secure, and attendees would grab a quick photo outside, while the sun was creating the perfect lighting, before stepping into the wind-less interior of their designated lounge space.

…except Capetonians KNOW how tempestuous the weather in our city is, so we were a little confused as to why an organization would choose to chance such a big event, with such a location – but far be it for us mere mortals to question the AFI planning gods.

…but we did, because NOW LOOK!

As we were rounding up Day 1s shows, and would occasionally cock an ear out to hear the wind whistle, an announcement stops a show, alerting everybody to evacuate the area as the wind had picked up speed up into 50 knots. Okay cool, we go. Day 2 comes up bright and calm. I arrive at 17:30pm and not 15 minutes later, we are told the event has been postponed and we need to evacuate the area once again.

I didn’t even get awesome kick-ass street style shots guys. 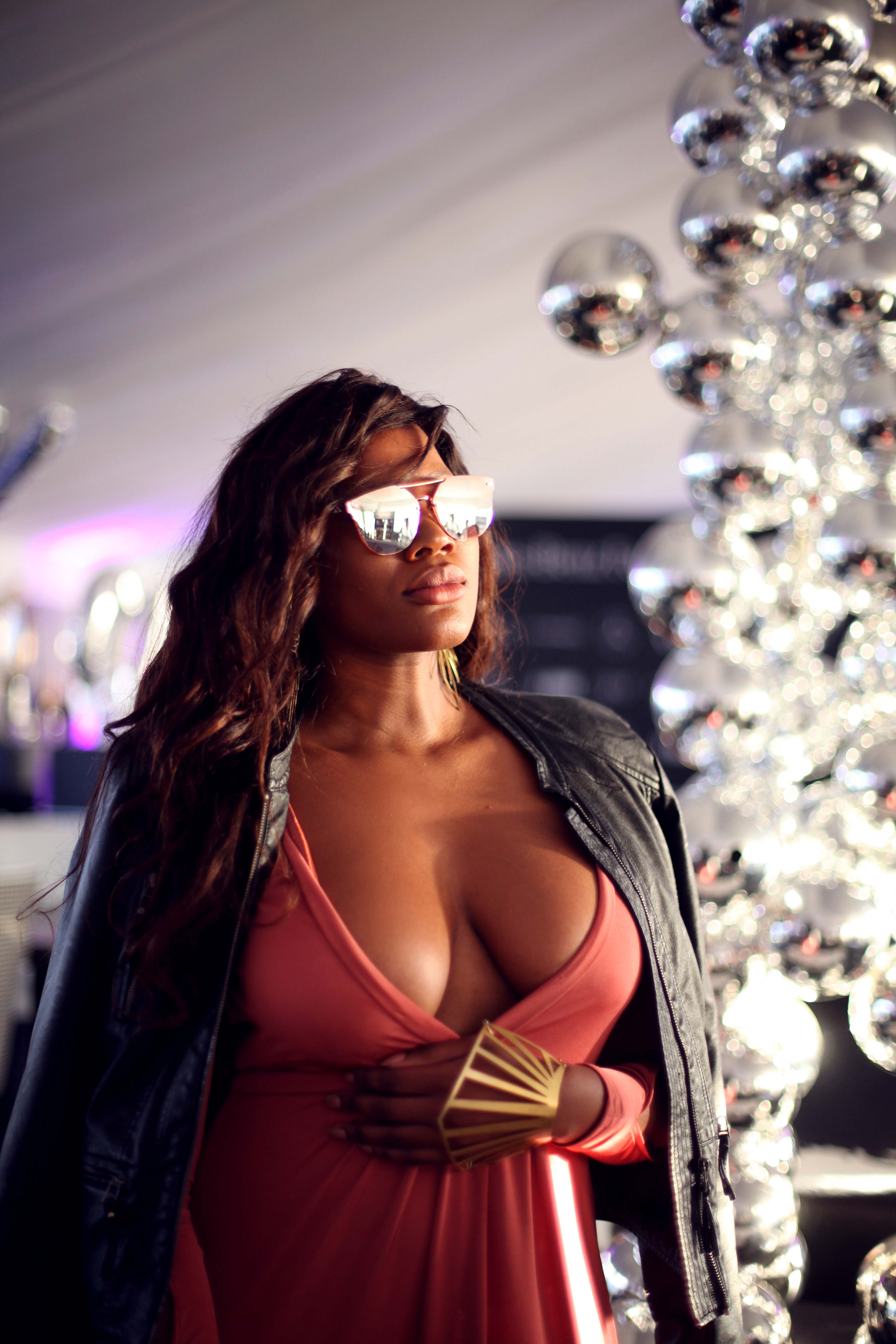 Resident photographer Tegan had my back however. Thanks for this shot babe!

With my dress and hair doing an unsexy rendition of Marilyn Monroe’s iconic white dress move, my friends and I move to the building across from the marquees – awaiting word that hopefully the event is back on.

After a glass of bubbly and pizza, we turn towards the windows to see ambulances pulling in and out with some injured folk. It’s not looking good, but we find out the David Tlale show is still on because he never does things like other designers when in Cape Town, so he secured a location with brick walls to showcase in. After THAT showcase (see below reviews for my opinion on the clothes) I talk to Dr. Precious Moloi-Motsepe and she says we’ll receive word by 9am as to what’s going on with fashion week officially.

…and guuuuys? NO WORD! I eventually get messages from an editor friend who received word from a designers PR, that fashion week is postponed. Later on, I found out a press conference was held, and new dates chosen, but oh boy! Now folks are double-booked because of Bokeh Fashion Film Festival.

The 7-8 April was when Fashion Week 2.0 happened at the Salt River Studios; and while it was sweltering hot, THIS is where they should continue to host the event when CTICC is not available, or is boring for the season. So rustic. So contained. So perfect for fashion week.

Now, time for the clothes.

Dress by Ruff Tung, and shoes by Coast & Koi

Dress by Gabriela Fraser, and bling, hair by Brazil Hair, and bling by Kirsten Goss

Coat by Gabriela Fraser, hair by Brazil Hair and Earrings by Kirsten Goss.

I got the opportunity to rock pieces from favored designers whose designs also hang in my closet: Ruff Tung, Gabriela Fraser, Kirsten Goss, Coast & Koi shoes and Brazil Hair.

Gavin Rajah had a few pretty dresses sucking for inspiration  at the teet of Hollywood Award shows best – and questionable – red carpet looks.

Joanna Headley wants us to go broke buying her chilled resort wear. Nothing too different…but you could see vibrancy, style and quality oozing off each tropical look.

Lara Klawikowski may not have designs that are everyone’s cup of tea, but those that can’t find the beauty in the craftsmanship and design of her pieces, are optically challenged. Her clothing is whimsical pieces that continuously draw the eye to the intricate designs inlaid into the very fabric of her garments. I guarantee though, that the more fuller-figured and buxom folk such as I, will have to get the designs made-to-order, if one is to have even a prayer of donning the skirts and dresses well.

Stefania Morland – I always have such high expectations with her, that end up being stomped. Weirdly enough though, I received her collection better the second time I watched it. State-of-Mind really factors into opinion hey. Anyway, the best piece of her collection was -of course – the ostentatious bridal finale. It was all reminiscent of her Marie Antoinette 2012 finale, and I loved it! 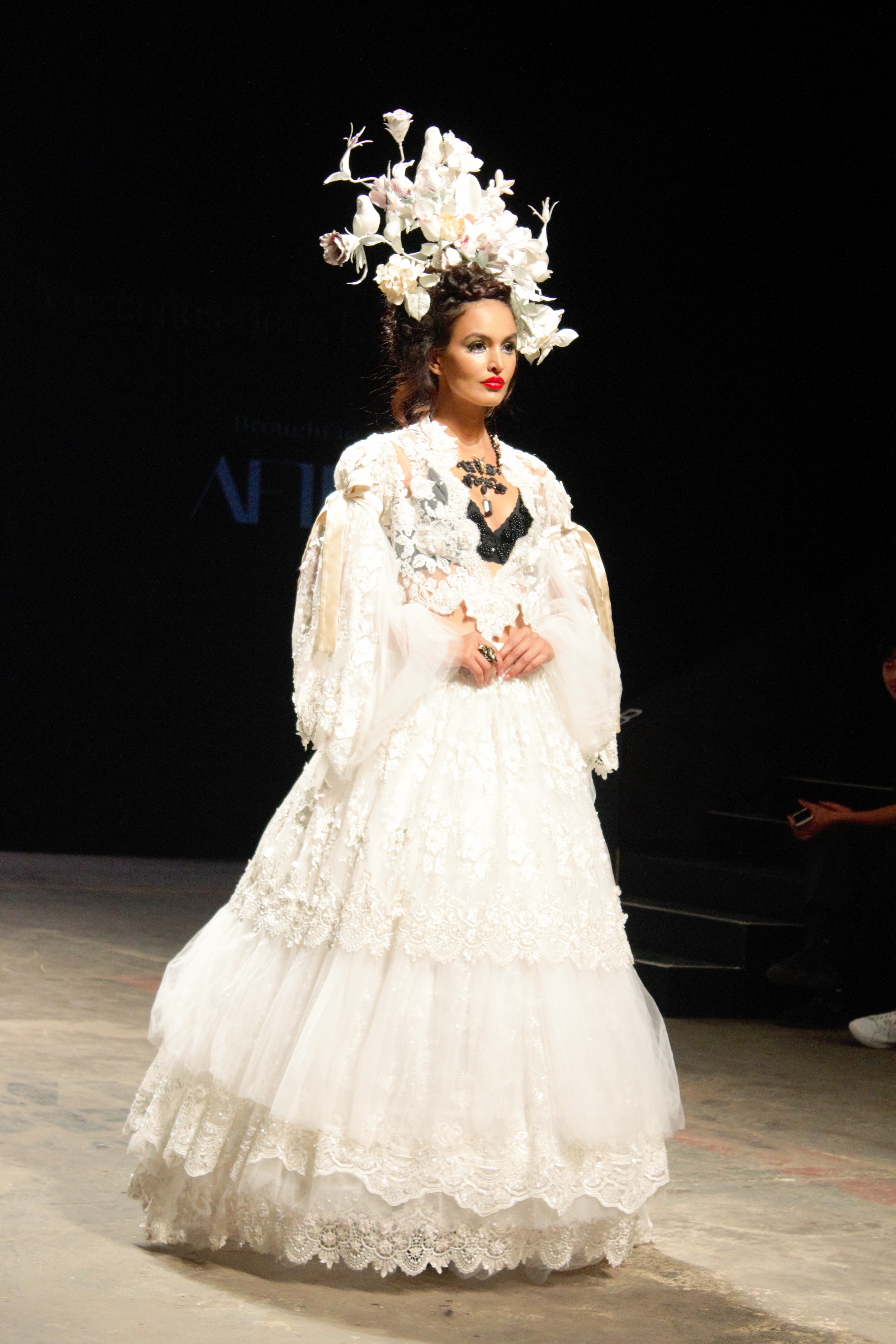 The Intern by David Tlale – while steampunk-adjacent, I can see the heart of the designs; and they’re on the right track to being interesting, niche-market globally acclaimed designers as they understand the female form, fashion and seasons enough to do pretty well.

Khosi Nkosi was one I has such expectations for. The best thing about the show, was simply a hood. Such half-hearted, lackluster designs from her and Maxhosa by Laduma. Where is the challenge to convention (their own and that of fashion culture) and the singular design revolution that had them both cornering the knitwear market with unrivaled and exceptional quality design? 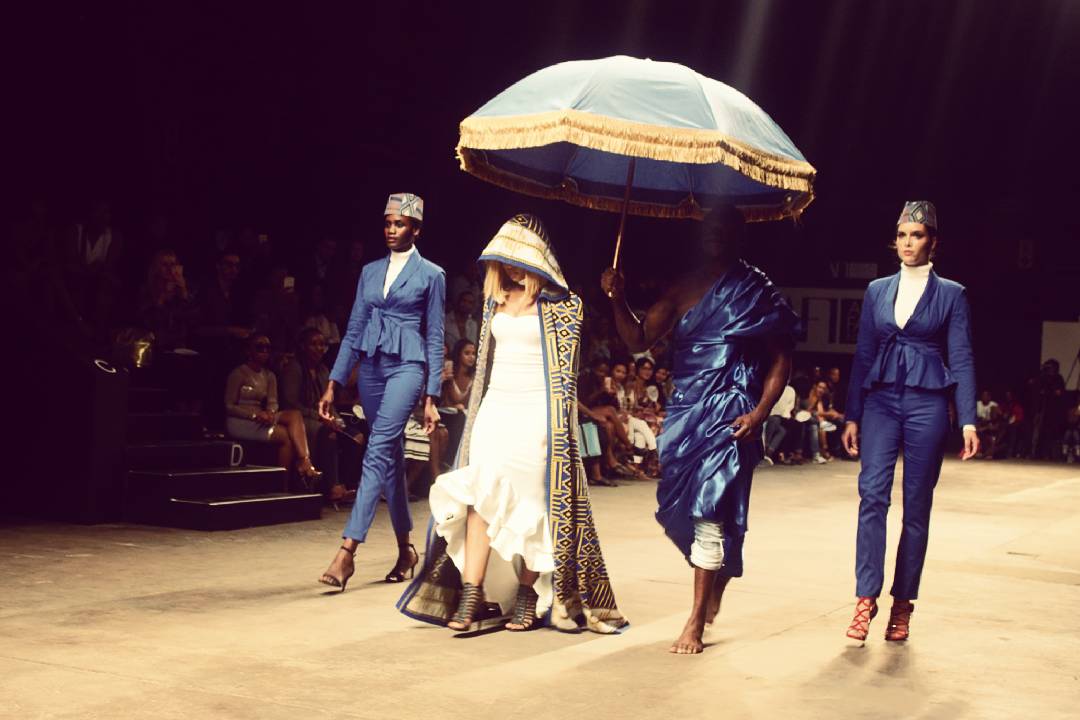 Trebene – Can I have that Black & Orange Gold cashmere scarf ensemble though?! Then you’ll “cash me oussii wearing it, how bow da?!”

Leigh Schubert made us wear masks during the show. Not worth losing half a face full of exceptionally done makeup. Collection was ‘so-so’.

AfroModTrends – What was achieved in this collection, was incredible. This was a feat of design genius – not because of anything ‘new’ brought to the table in fabric or whatever – but the designer achieved couture nirvana with their uniquely detailed & nuanced design. Each piece is isolated in its sophisticated, African splendor; but the collection collectively has a devout dedication to the spirit of renowned classy style.

Mille Collines – Pretty much made my entire travel wardrobe for desert or Spring/Summer travel. I’m here for the mosquito nets we have to don, and how each almost conservative, flowing summer dress, is appreciating the silhouette of the female form. The colors speak to crisp taste and trend-appropriate coolness.

Quiteria & George – An epoch of South African haute couture truly parading its black excellence. It was a masterclass in streamlined shape, and looks not solely embellished with sparkles and shimmy fabric, but resting on the strength of the design folds. 80s padded shoulders vaguely inspired poofy arms and layered waterfalls of fabric everywhere from forearms to chests and waists – without being too literal. These are the Black Swan-themed designs made for someone who wants to celebrate ‘fragile femininity’ often misconstrued as weak, and to also elevate the wearer to feel powerful in her form.

Habits by Jenny Le Roux –Duuuuuuude! Like, soooooo much of the velvet things.

Sweetie – Was this a novice’s collection? It’s like those graduate fashion design collections still attempting to figure its designers direction, but not doing a good job of showcasing the breadth of the designers talent.

Black Trash Clothing – I liked 2 of the dresses which mixed the magazine cover print on the dresses with black sparkly bodice embellishment, but at some point after I saw those early 2, the collections designs started getting tacky.

David Tlale – Dear God! I got snuck into the show by my friend, and excitedly experienced the spectacle of Tlale’s casino mis-en-scene before the showcase.

…only to be shown designs far from the sophisticated, tasteful minimalism, and elegant designs expected of him. I wondered for a moment, whether this was an interns prelude to the actual Tlale design show. While I admit to not liking his most recent 2 collections, I know the man to occasionally create some pretty gorgeous designs. Where on earth are those? I’m a feathers and sparkle girl,but not with satin, lace and silks all mixed into that.

Fashion Revolution – It was only the big hats that endeared themselves to me.

Cherrie Couture – It tried too hard to be…something; and subsequently fell short of its potential to be a timeless classic collection.

Droomer gave me a winter wardrobe to celebrate Fall style, without looking like a tasteless potato.

Shana Morland – I think she would thrive so wondrously in high-end children’s apparel and sleepwear. 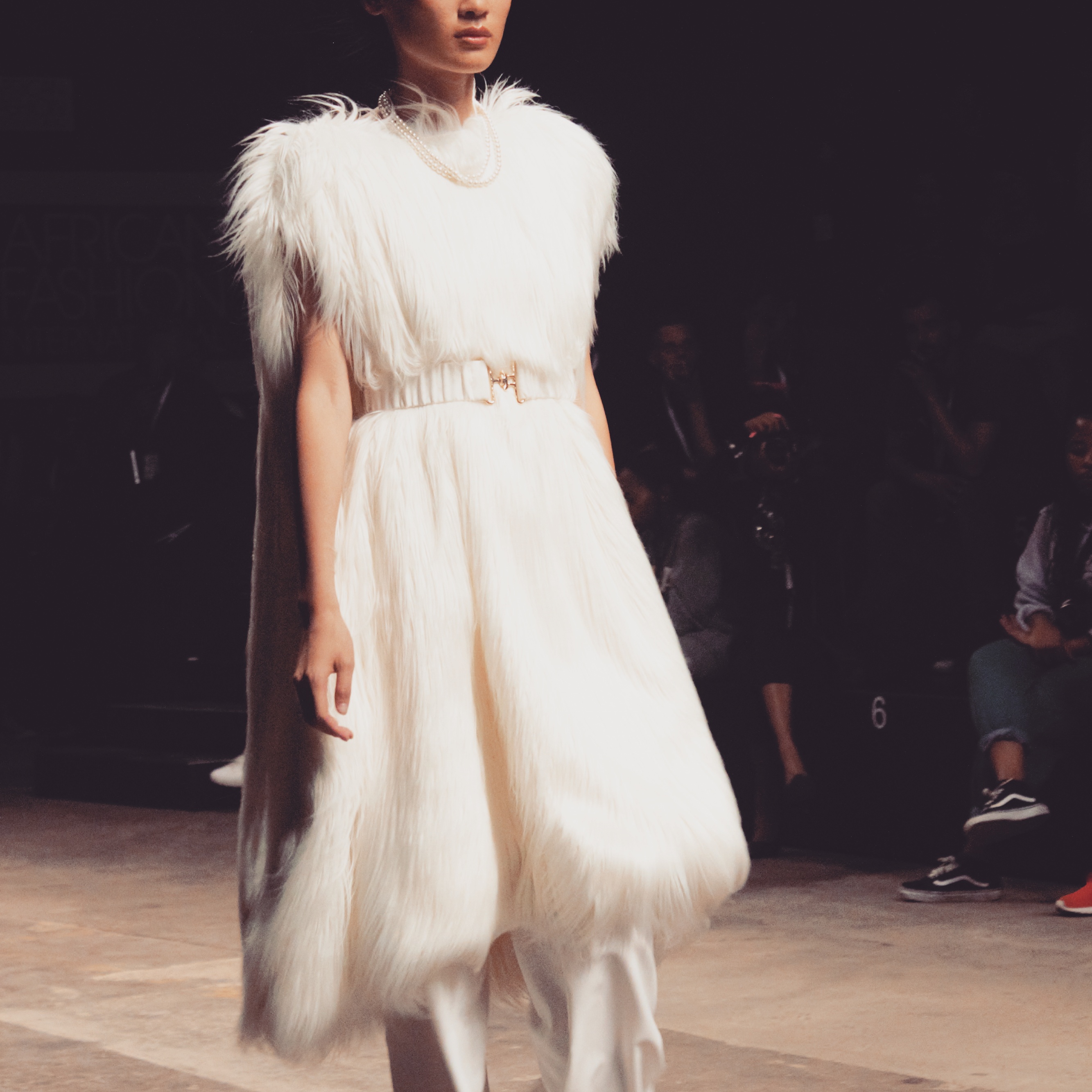 David Alford -Your draping technique is unrivaled. I’ve never seen anything like it. It made looking at those prints so entrancing.

Taibo Bacar – It was…nostalgic, of traveling European woman of old. A wardrobe I would choose to maybe wear, should I ever travel to some of Africa’s most iconic historical locations, in style.

Vernac…because of this incredibly striking model y’all got! 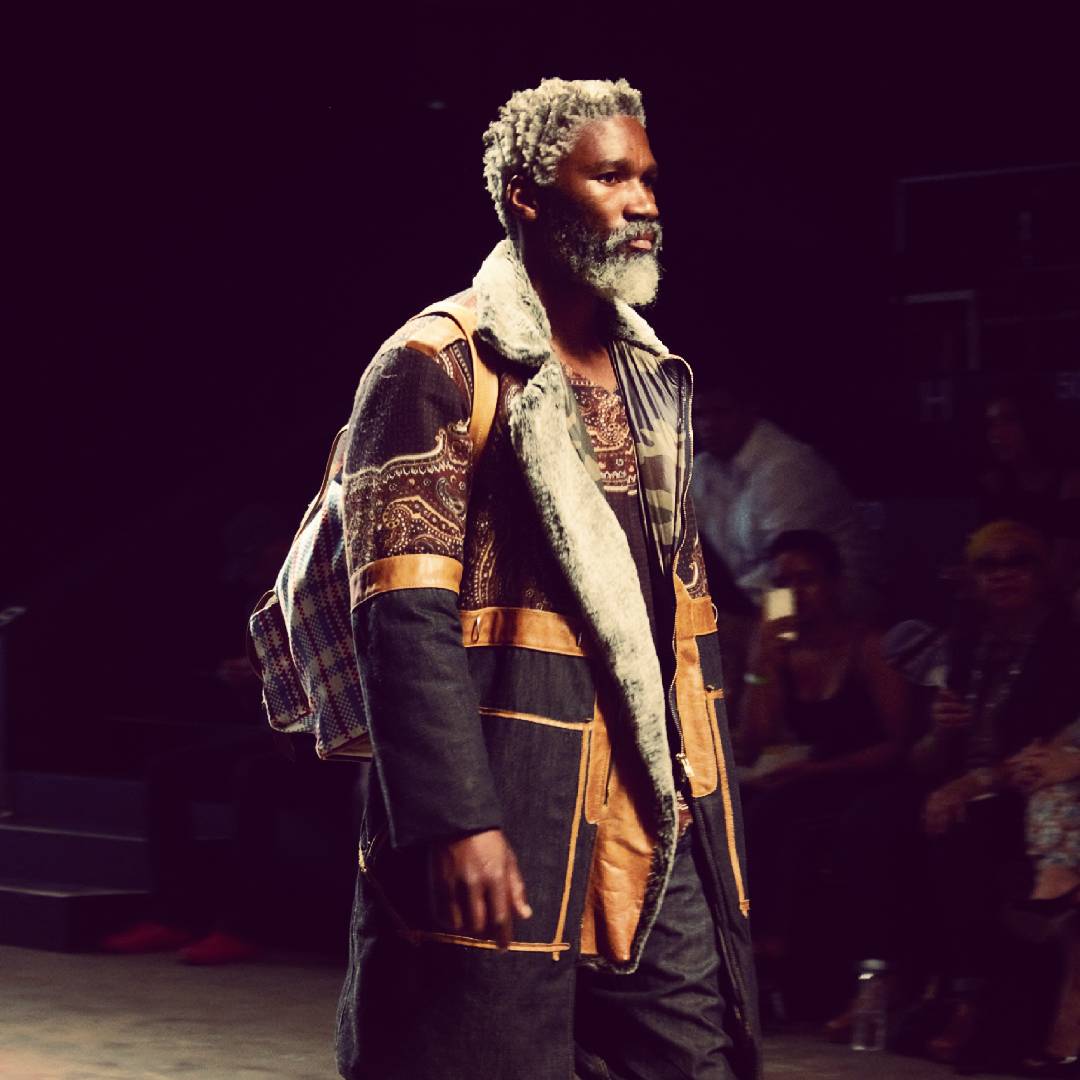 Will I return to MBFWCT?

It would take much to convince me to.

It would take a steady PR handler which media can sustainable use as a touchstone for fashion week, as well as an AFI who has their designers, buyers and media at the forefront of their minds whenever planning a fashion week. It would take a venue unlikely to topple in the face of Cape Town winds.

“…we are powered by our belief in the potential of African Fashion and are committed to promoting refined African fashion designers aesthetic, creativity and talents.”

The key word I picked up there is “refined”. If AFI is truly committed to propelling and restoring refined “African fashion brands on the global stage”, they need to demand a standard of quality in design and craftsmanship that maintains or supersedes the existing standard where possible – while still being able to draw the interest and wallet of its market.

I just…my issue is that Mercedes-Benz Fashion Week’s in South Africa, market themselves as nigh equal to the celebrated rep and responsibility beholden to its scattered global siblings. If you are doing that, it is imperative to elegantly carry the weight of the brands  reputation, without faltering.

My heart feels strained by this whole ordeal.

Ludwig of Ruff Tung, and I.

Front Row with Lauren and Tracy