Last week I got invited to an event by GC Communications. Savanna Cider has been having a travelling unveiling of their new bottle look. I had no expectations going in, seeing as I’d never attended one of their events before, nor did Port Elizabeth’s notoriously chill vibe bode well for an exciting night.
Boy was I wrong.

Anyone who reads this blog is aware I stress like no ones business, about outfits for events. I have a standard of dressing impeccably wherever I go, so I contemplated what to wear and came up short. Then I just thought: “F*ck it!” lemme do relaxed, because had I been in Cape Town, I’d get the 6 inch heels out.

When I arrived at the venue on Saturday night, it was to an already bustling Chapel St. Studio, with the promo folks braving the cold weather in Savanna branded apparel and trays full of the Before & After Savanna Light and Dark Ciders.

Catering offered up finger foods that helped ease the alcohol potency, and the bar offered up suggestions to those alternate to the ciders. It was chilly as hell on the deck, and I tweeted that I would have loved those tall restaurant heaters to warm the cockles of my soul, but atleast it was a tolerable cold. 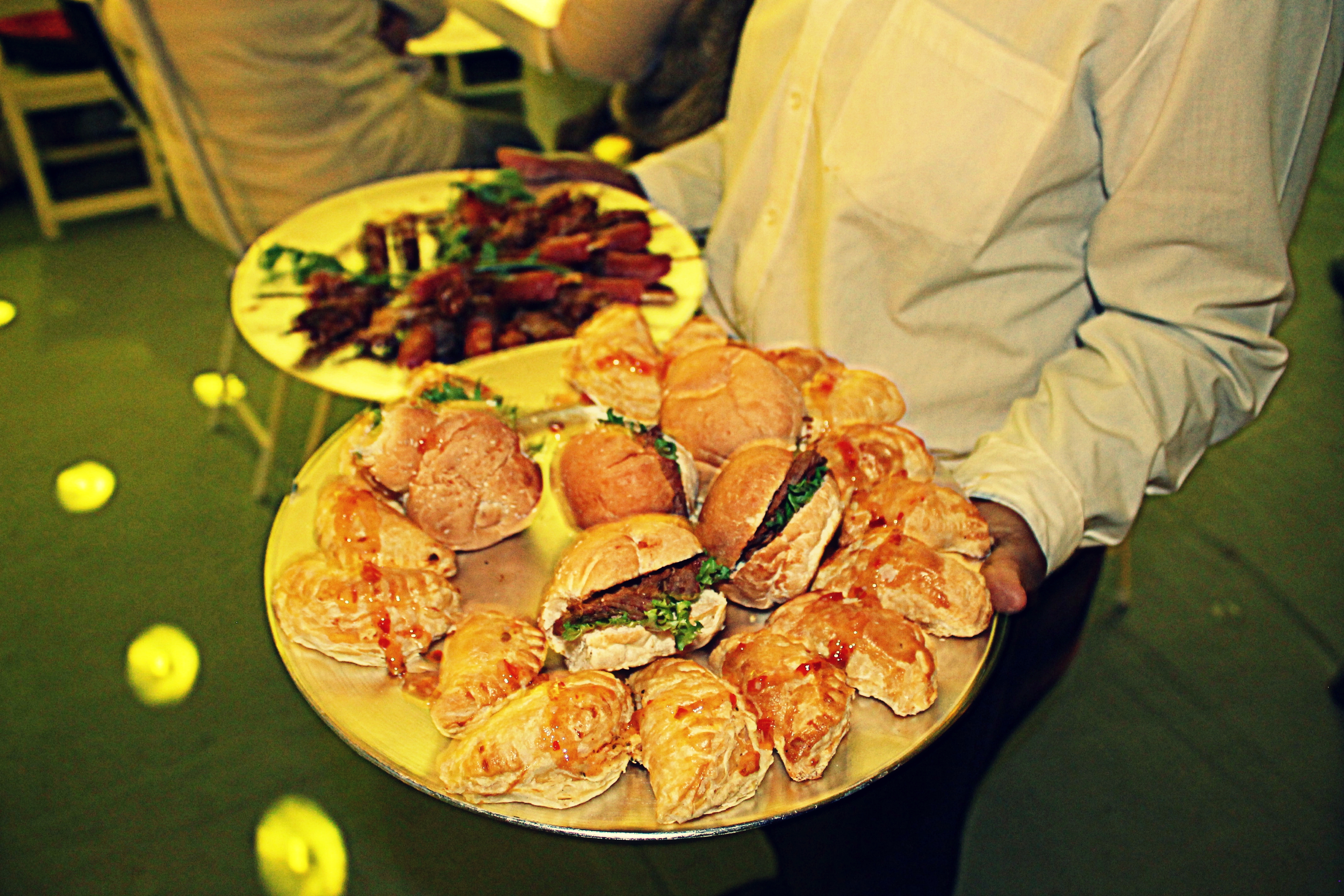 A good organizer knows to create an environment that best showcases the brands vision, whilst keeping in mind the notorious vibe of a location, as well as the tastes of the targeted attendees. Savanna Cider’s “Before & After” event offered up an extension of their advertisements – which are heavy-laden with quirky and infamously dry humor. Listening to Kurt Schoonraad MC was a lesson in learning to breathe through excessive giggles, whilst surprise performer Loyiso Gola took to the stage and delivered a Stand-Up set rife with expected laughter and audience interaction of a controversially funny sort. You’d think audiences would have mastered the art of queued silence and laughter when appropriate, but “Nooooooo!”, one audience member was so rambunctious that he had to be escorted out. 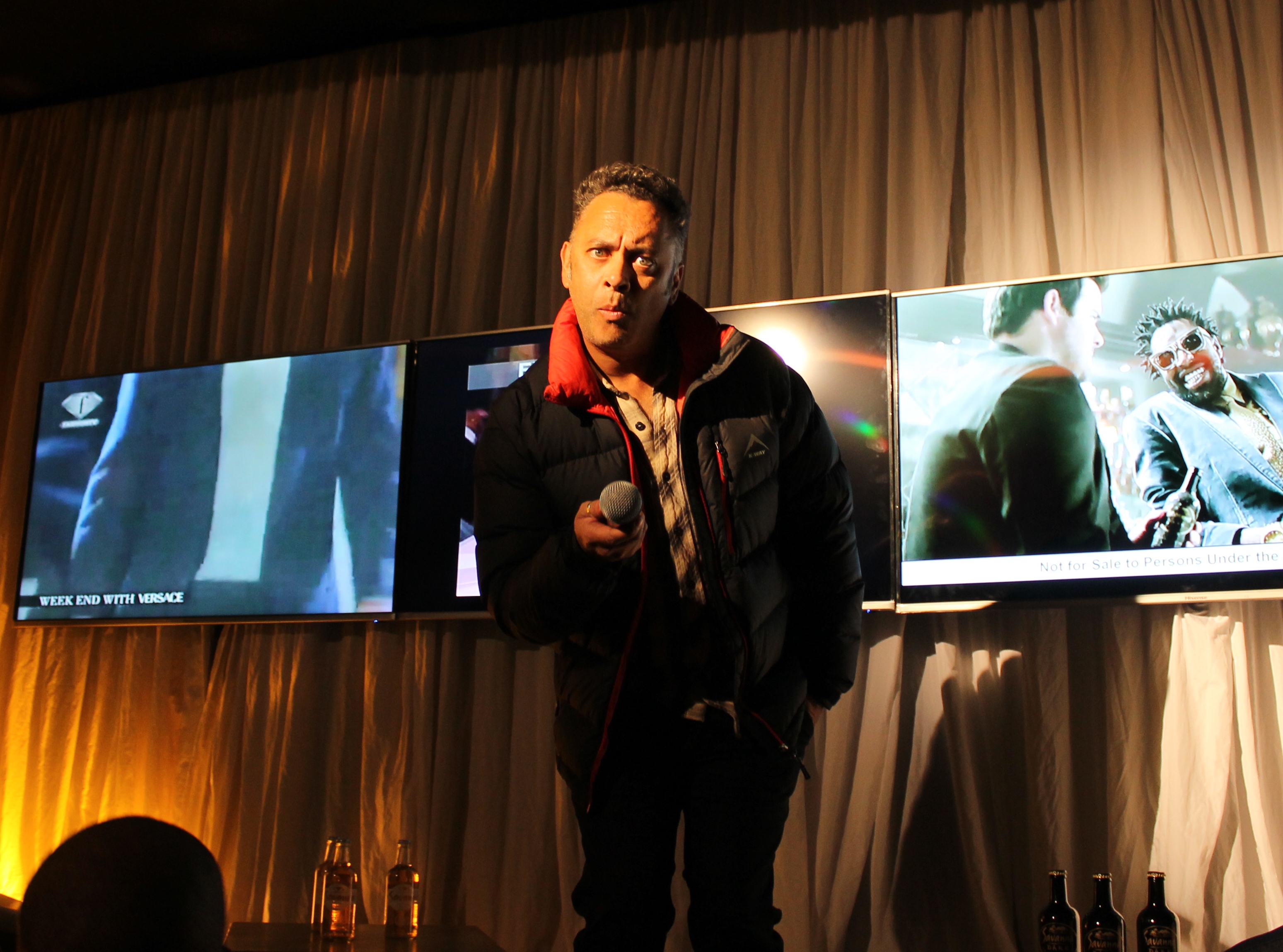 I enjoyed the interactive activities Savanna had, which got attendees up and moving behind Kurt and a saxophone-playing Pied Piper, from one side of Chapel St. Studios, to another decorated area – which included artwork being done on-scene, and an ice sculpture.

Attendees use the Savanna Passports handed to them upon their arrival to finish different acts, get stickers, and win prizes – all of this working really well to aid people in networking and having fun. I frikken LOVED the 5 second video one could do with fellow attendees, utilizing props and confetti to enact a moment of utter positive energy.

Mine will be upon my Youtube channel in due time.

The attendees seemed to have a good time, and nearly everybody keen to snap pictures, get to know the stranger standing next to them while they sipped something dry,but drinkable.

I give this event a solid 7/10 for good execution, but a 3/10 for social media mobilization. Between people misspelling the Savanna hashtag on Twitter as #SavanaCider instead of #SavannaCider, as well as the lack of build up (even factoring in secret surprise guests), more could have been done to garner more media coverage of the awesome conceptualization of Savanna’s cider new look unveiling.

*Visit my Blogs Facebook Page to view the full album from the event.