Today, I didn’t even have to leave my building, to stomach the benefits of ‘gourmet’-level dining. Woolworths gave me the opportunity to experience one of the varied Meal Kit options they have stocked in their stores, and upon order online. 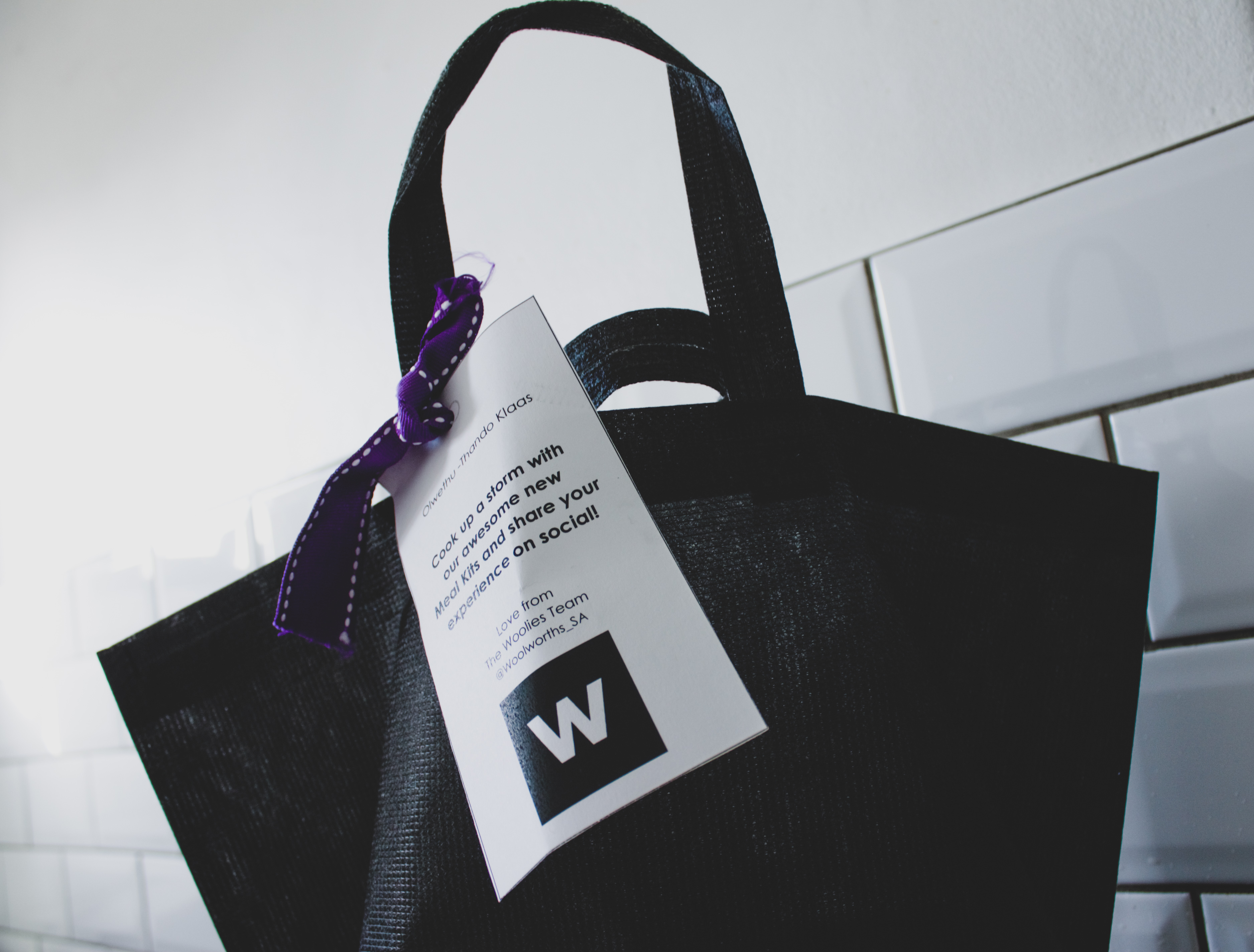 If you have not picked up on it yet, there is a new food wave on a steady rise – some calling it the glorified second coming of TV dinners.

66-years after the first product release, frozen TV Dinners are still a thing, for those who have little time or patience, or for those who wish to remove themselves entirely from having to exercise even the slightest effort when eating at home…beyond pressing the reheat microwave option.

The ‘Meal Kit’ extravaganza happening though – currently valued in the billions of dollars – is taking the shopping-to-cooking pressure off hardworking, lazy or curious folks, just trying to personalize & optimize their entire food life experience into a more cost-effective one (which is a cut above the usual choices sizzling in overworked pans).

Meal Kit’s have everyone in South Africa abuzz too, because: television programs like Come Dine with Me, (Michelin- star Chef) Gordon Ramsey’s Hells Kitchen, and Netflix specials like The Final Table, have intrigued people to contemplate just how easy and gratifying it might be, to elevate their produce quality and tastes in the kitchen.

Woolworths is one of the brands which has steadily established a reputation, for presenting anybody with enough money, some of the finest, quality-assured ingredients, for fine cooking consideration. So, whether they get their Meal Kits right or wrong in the end, very rarely does anyone discount the validity of Woolies high SA quality atleast. 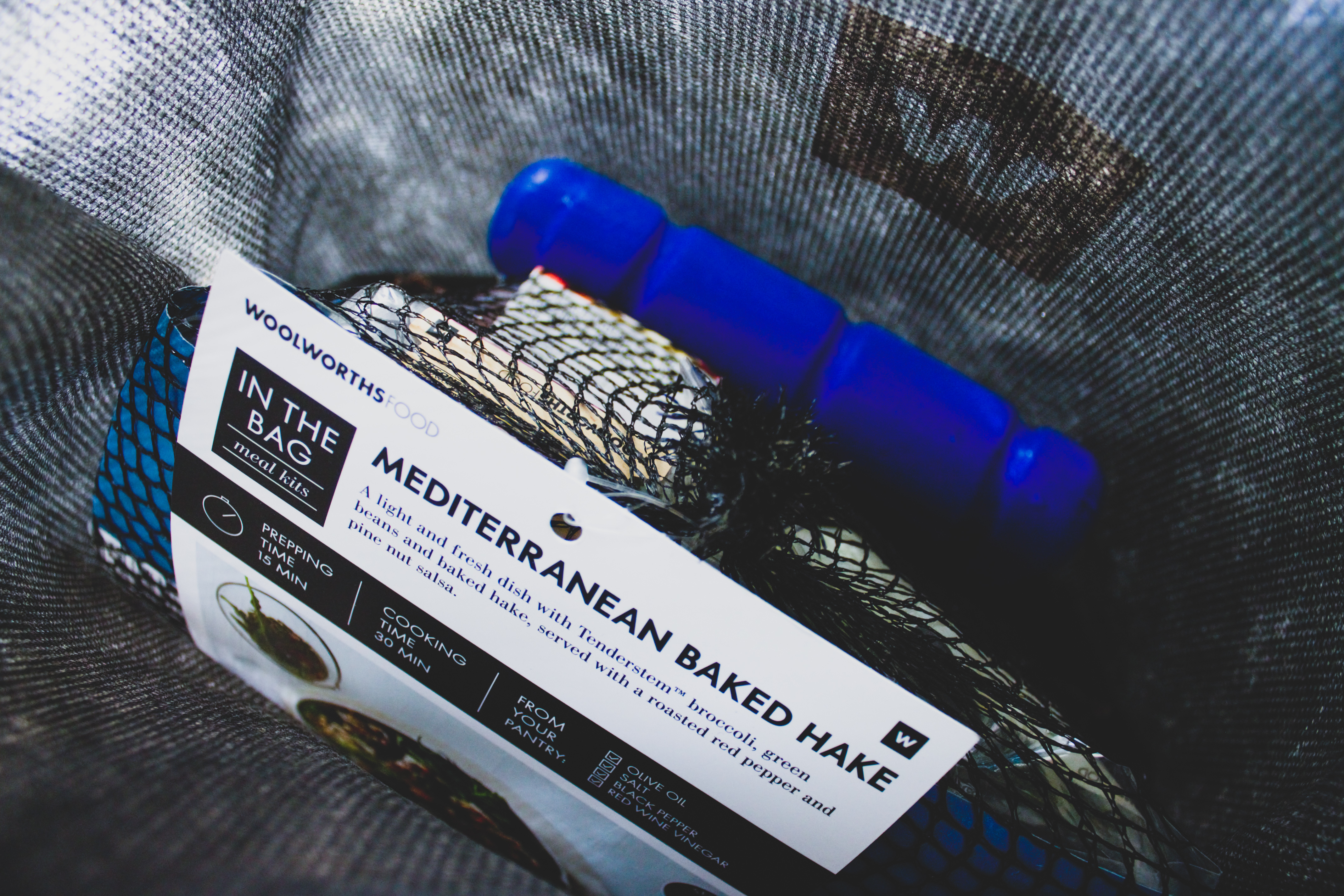 Opening ones Woolworths Meal Kit (opting for home delivery meaning the kit is being sent in a biodegradable shopping tote) reveals smart packing firstly. No one wants their Meal Kit perishables perishing before the sizzle has begun, so the cooling-pack it a very wise choice. 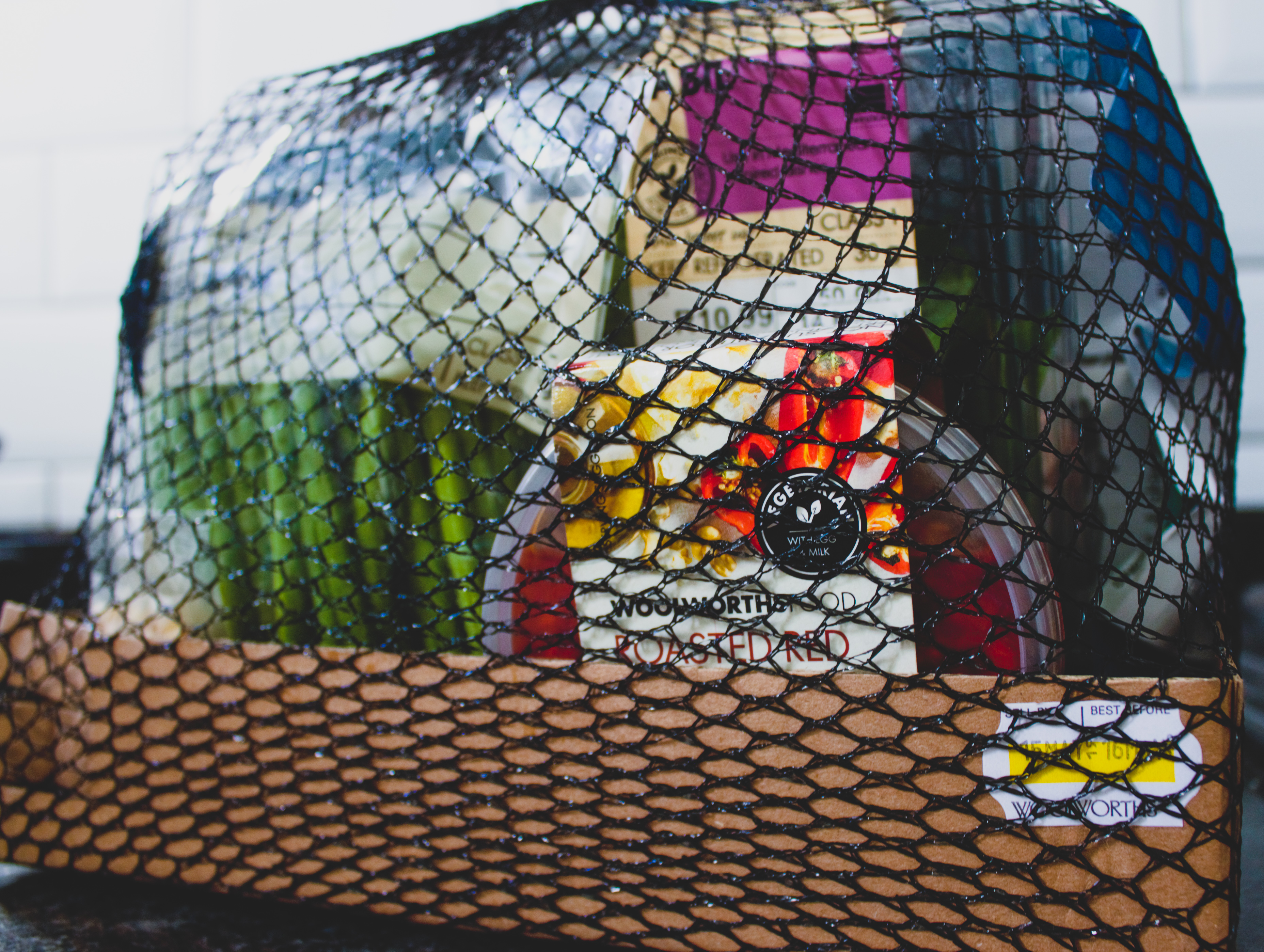 The second smart choice by the brand, was the box base, and the netting, because there have been some Meal Kits, which lack the support and carrying convenience which would keep ones wares intact.

Selecting the Woolworths Mediterranean Baked Hake Meal Kit, provides one with the following: 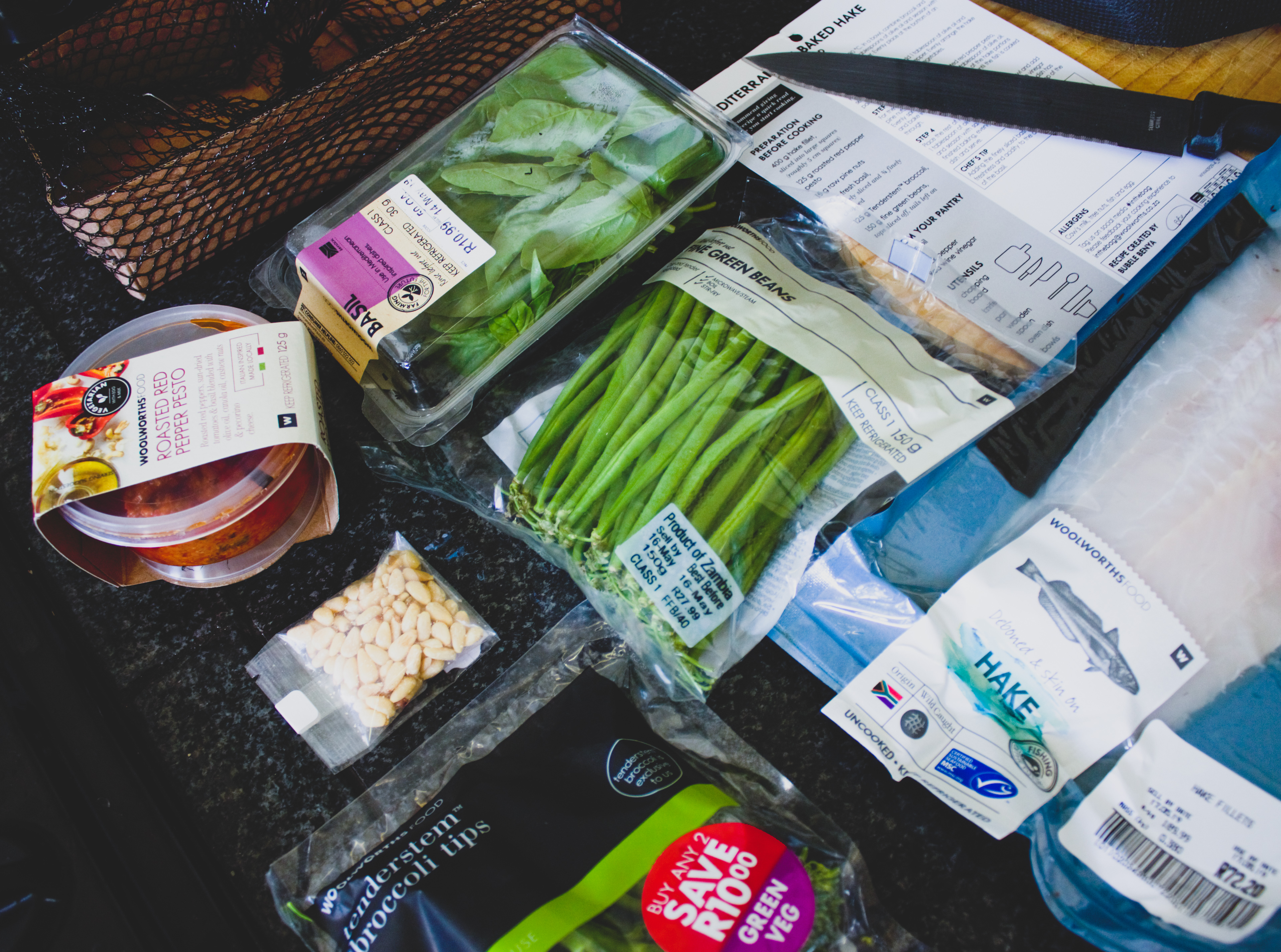 What your kitchen is required to give up for the cause, is:

As a bonafide Millennial with barely enough room in her place, for her priorities (read: stilettos and passport), I essentially had half the required gear and double the determination & agency my generation is unfairly mocked for lacking. Had I had a choice to chose the Meal Kit, I would have perhaps veered far from the one with ‘Bake’ in its title…but alas! Onward!

The instructions began with a recommendation:

“We recommend giving your recipe a quick read before you start cooking.”

…which I only saw about 6 minutes into prep – No Millenial mockery, please!

Step 1 and 2 basically involved oiling, seasoning and placing things, like a boss. Step 3 was all about getting that 400g Hake Fillet coated in all the ingredients you’re supposed to chop and mix, which render the fish more aromatic, and the flavors more robust.

The Meal Kit then goes on about baking and dressing the dish.

Since I am severely lacking in ovens and their dishes, as well as vinegar (who even buys vinegar? what are you using it for exactly?) and pepper, I had to improvise. 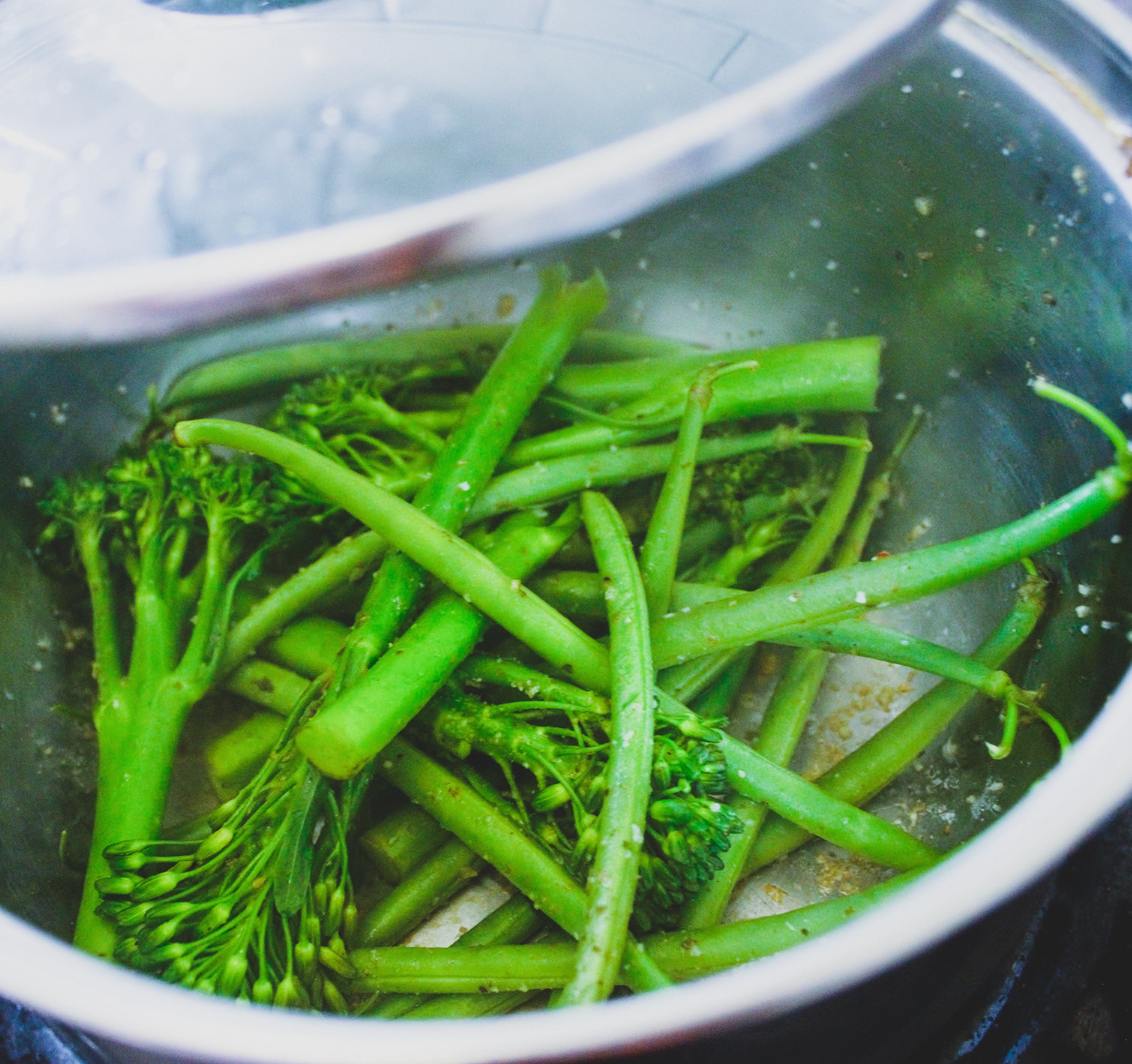 I steamed my greens in a little water salted lightly. I then removed the little water left, and seasoned the Broccoli and Fine Green Beans, with a green onion and herb spice mix, before leaving them to dehydrate a little, for the crunch.

While the greens got ready, I checked on the Hake Fillet, which had been slow-cooking in a pan. I spooned the excess oil and pesto running around the pan, back onto the fish, while regularly checking I wasn’t overcooking the fish. 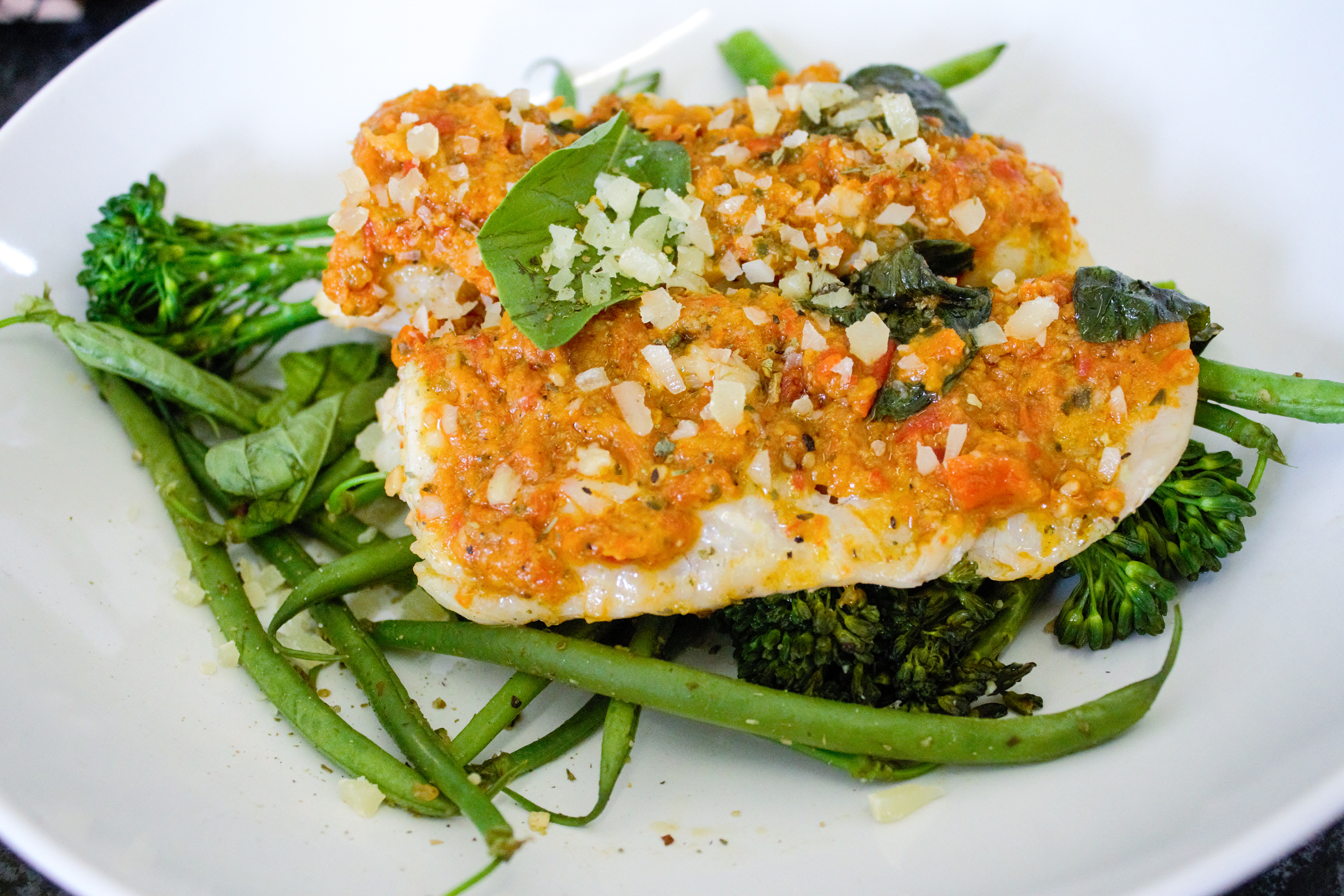 It may not be oven-baked, as instructed, but it sure went down enjoyably.

I plated the Mediterranean Baked Hake with the greens, and finished it off – rather than with the Basil/S&P/Red Wine Vinegar sauce on the Instruction Page – with just Swiss Gruyere Cheese.

I think I did an admirable job.

I only have 2 contemplation’s about the Woolworths Meal Kit:

2. Y’all! The Meal Kit convenience is in the ingredients all being put together in a pack for you. The rest of the cooking process is still in your future. Meal Kits always take a knock due to the fact that there is still a hefty amount of prep work, steps to enact in an advised sequence for optimal results, and the worst: Same waiting time for the meal to be enjoyed.

Other than those little details, Meal Kits are pretty chill.

If I wasn’t a stickler for once-a-month groceries, and the occasional UberEats order from my bed, then Woolworths Meal Kits would totally be in my shopping itinerary because I’d like to recreate all the excited feelings I had for cooking, while watching movies like ‘Burnt'(2015), ‘Chef'(2014) and ‘No Reservations'(2007).

OH! Also, I never have a meal without dessert, so I would honestly die for that addition to the actual kits: Desserts well-matched to the meals flavors. 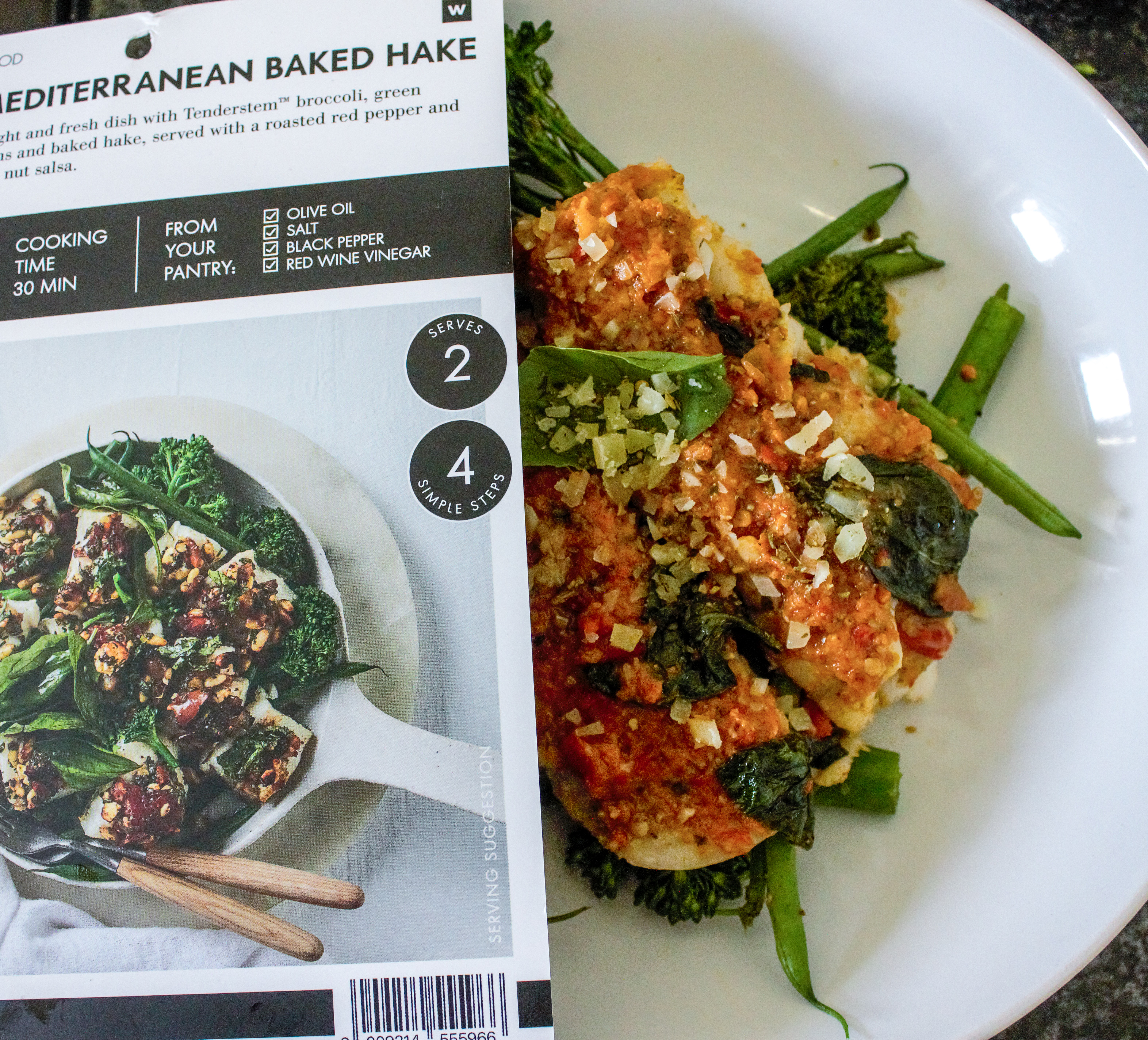 So what do we think of my efforts to match the advertised meal?

Quite good for not having had an over, right?!