This is the beginning of making great strides for myself globally.

The opportunity to travel abroad presented itself because of a peculiar combination of factors. I had never properly celebrated my birthday since I was 14 years old – that includes Sweet 16s and 18th birthday blow-outs. Anyone well-versed in the broadly generalized behavior of black South Africans will tell you that the age of 21 is usually marked with an elaborate celebration that involves entire families, a selection of ancestors mentioned but unseen, the slaughtering and consumption of animals, and emotional and drunk speeches by family members. I had finished doing my postgraduate studies at the young age of 21,  and my mother refrained from any notions of being ordinary and a conformist by stating that my brilliant behavior as her only child, my academic and professional successes, and my un-celebrated birthdays were to be commemorated with a trip abroad – something I’d always coveted doing.

After months of agonizing over the details, of seeing how brilliant Contiki prices were for students-only to realize they didn’t factor in cross-continental flight costs, of hours spent speculating on currency conversion, accommodation etc. I decided on heading to the United Kingdom. Traveling overseas is always something people make out to be nearly impossible – the logistics for a normal middle class person make it close to improbable. However, my mother gave me a R20 000.00c limit and it’s not much, but I’ve made do with it.

Here is my process and my advice for South African wanting to travel abroad to the UK:

-Read through the site.

-Figured out I need a Basic Travel Visa because I wanted to stay for a time less that 06 Months and was going on a vacation.

-Assembled the paperwork and details I needed to have at the ready (these include parents full names and surnames, dates of their birth, proof of my address, an idea of where I may be staying, a basic itinerary of sights you want to see etc. , the details of any possible friends or family in the region, some kind of proof that I have ties in South Africa that will bring me home, 3 month bank statement and my personal details).

-Once application is completed there is a tab to check where you can check for the nearest UK Visa & Immigration center and therefore schedule an interview with one of their officers. There was one in Port Elizabeth and their personnel are amazing and efficient. You will have to pay online around R2 500.00c total for the application for a Visa and for the interview.

On the 16th Feb my mom and I spent some quality time at an awesome hotel near the beachfront before my trip the next day. I had my hair and nails done, took a wicked comfy bubble-bath which ended later when the bubbles dissipated and I finally accepted that I was lying in a puddle of my own filth. Next day I was surprisingly relaxed – neither hugely excited or panicking. I had everything sorted. I checked in my luggage in PE airport, had lunch with mom, grabbed my laptop pouch filled with my UK chargers etc., got my purse/bag filled with my camera, wallet,tablet, phone, make-up etc. , and my folder filled with my travel wallet and paperwork and left Port Elizabeth for OR Tambo International Airport in Johannesburg.

While getting lost in the suddenly huge airport I found Wifi and made sure to download the apps I needed, like: Citymapper, AirBnB, Facebook, Twitter, Instagram etc. It’s good to have an app that advises on trains, buses and walking times across whichever city you’re in so you have options on prices, distance, time and all. 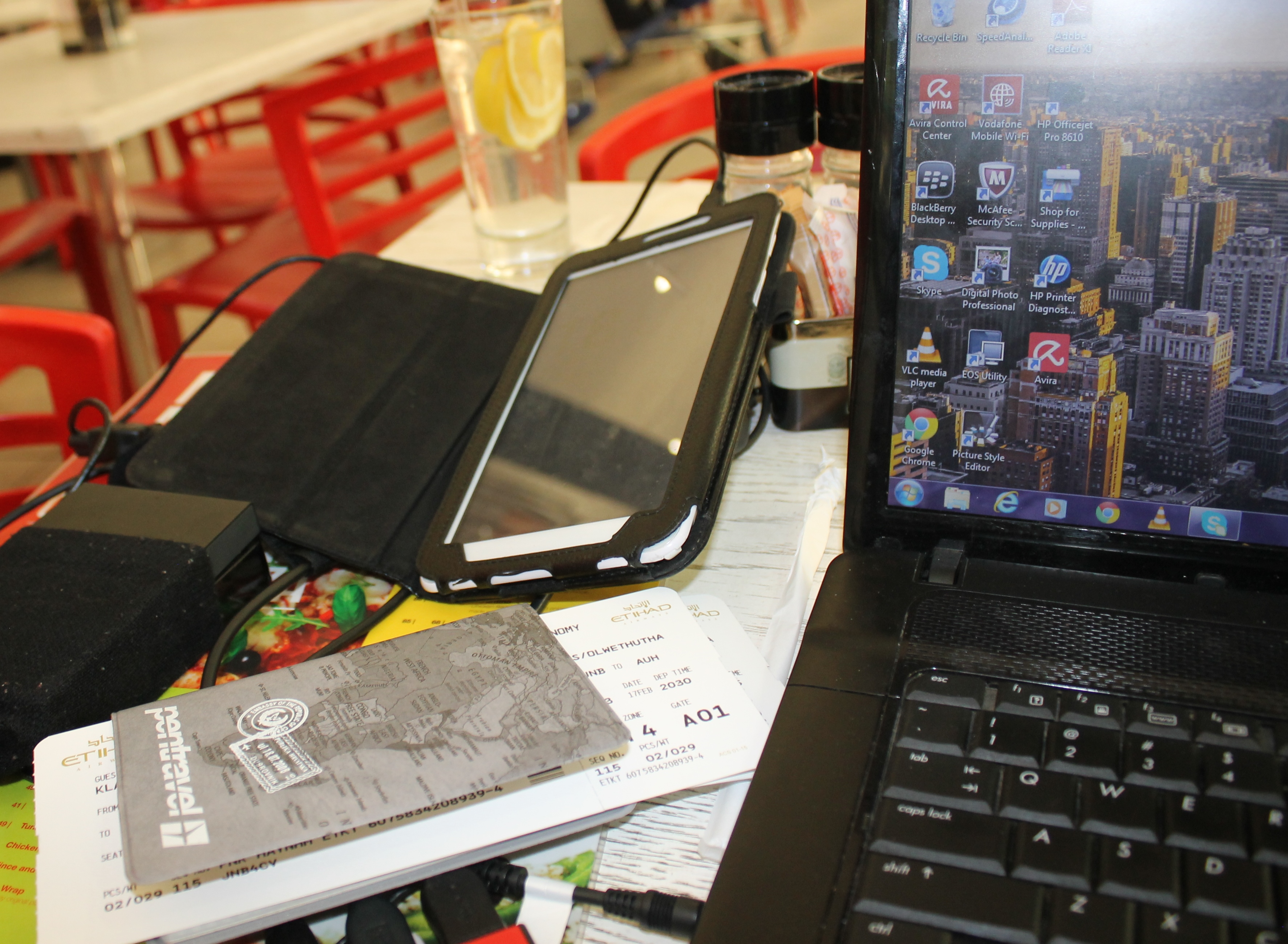 The luggage check-in in Johannesburg was a little tiresome. 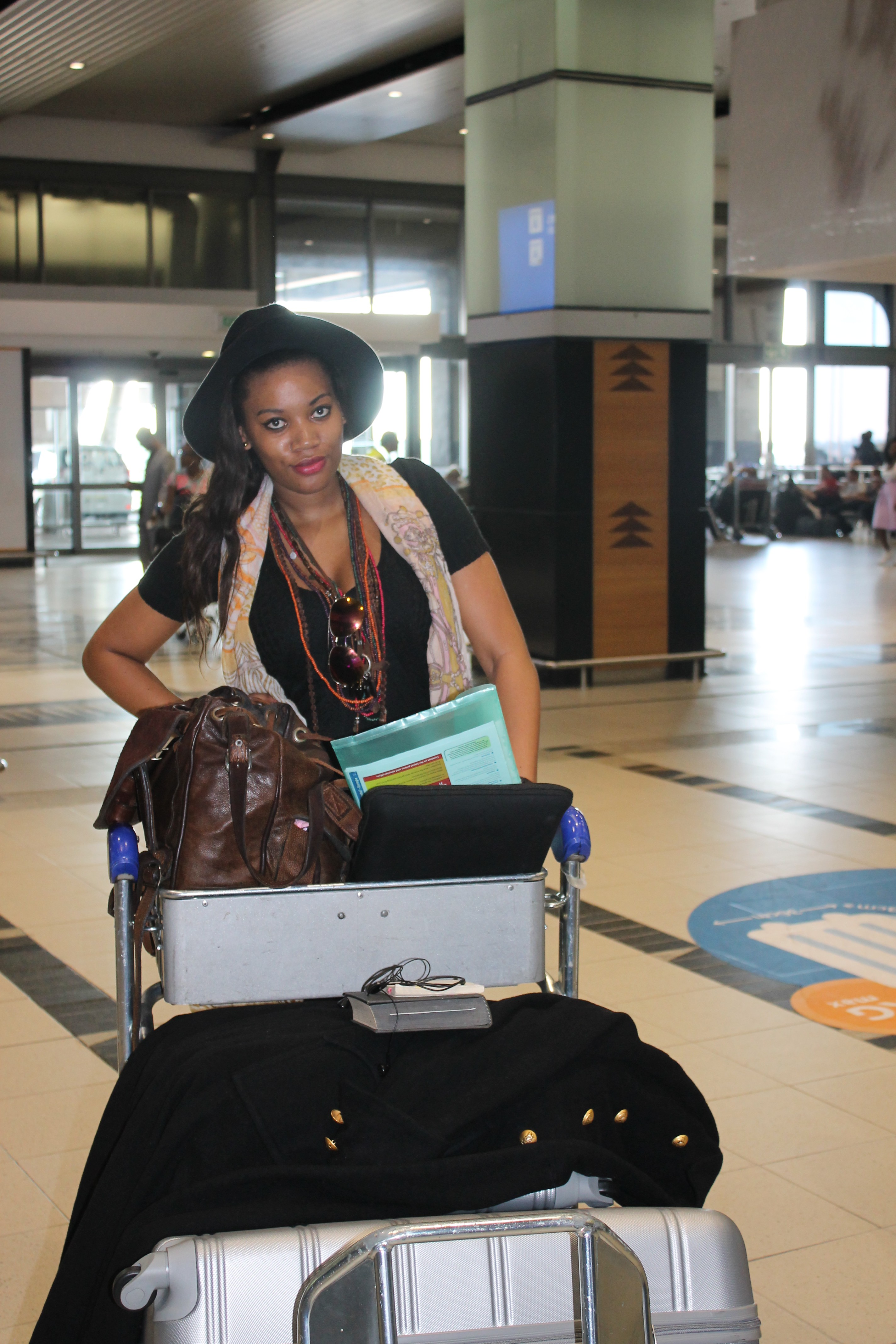 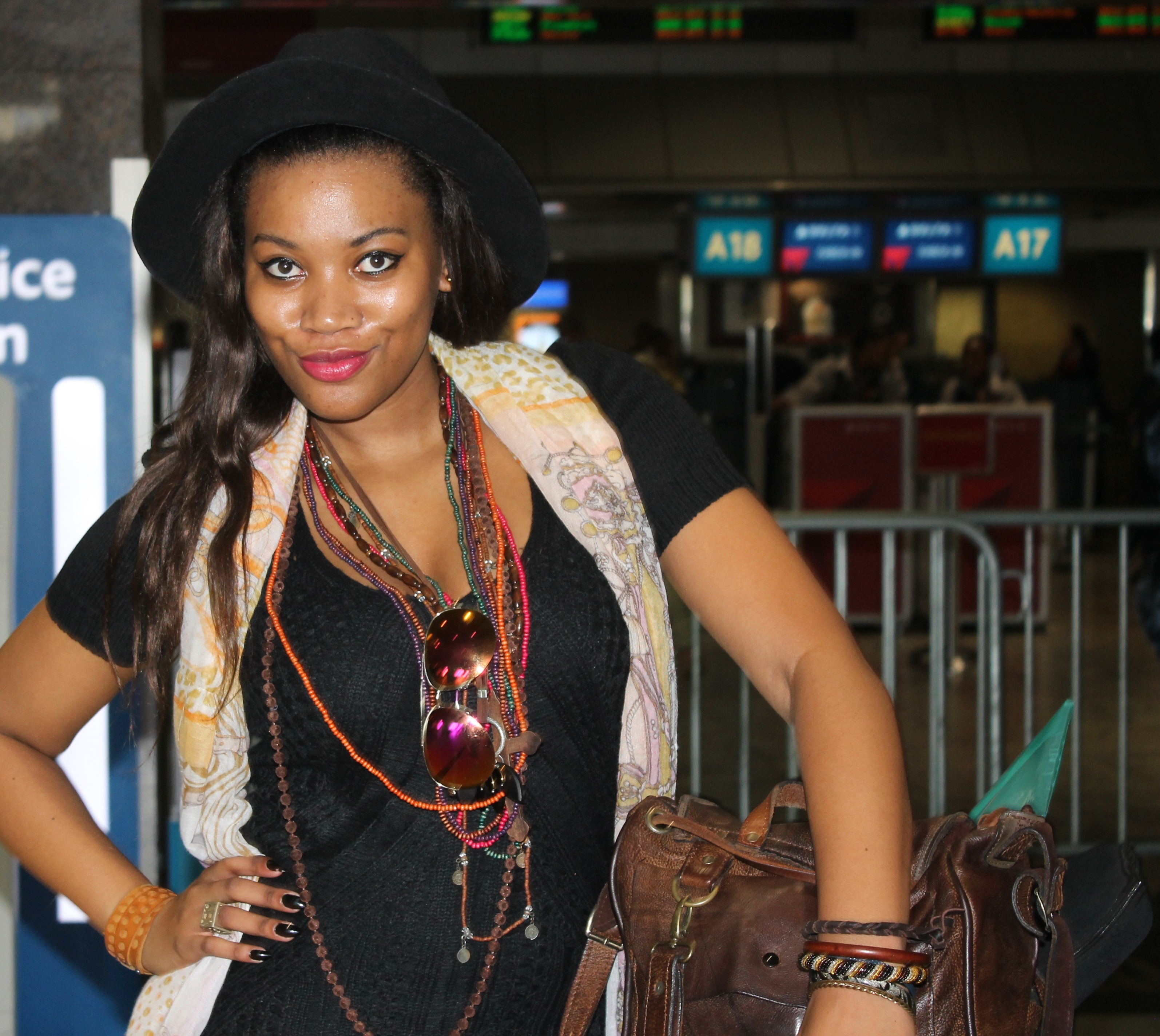 Once through, I breezed by immigration, spent some time ogling fashion houses like Burberry at the international stores in the terminals, eventually charged up my different technology pieces while sitting on the floor, and then boarded the plane to Abu Dhabi. 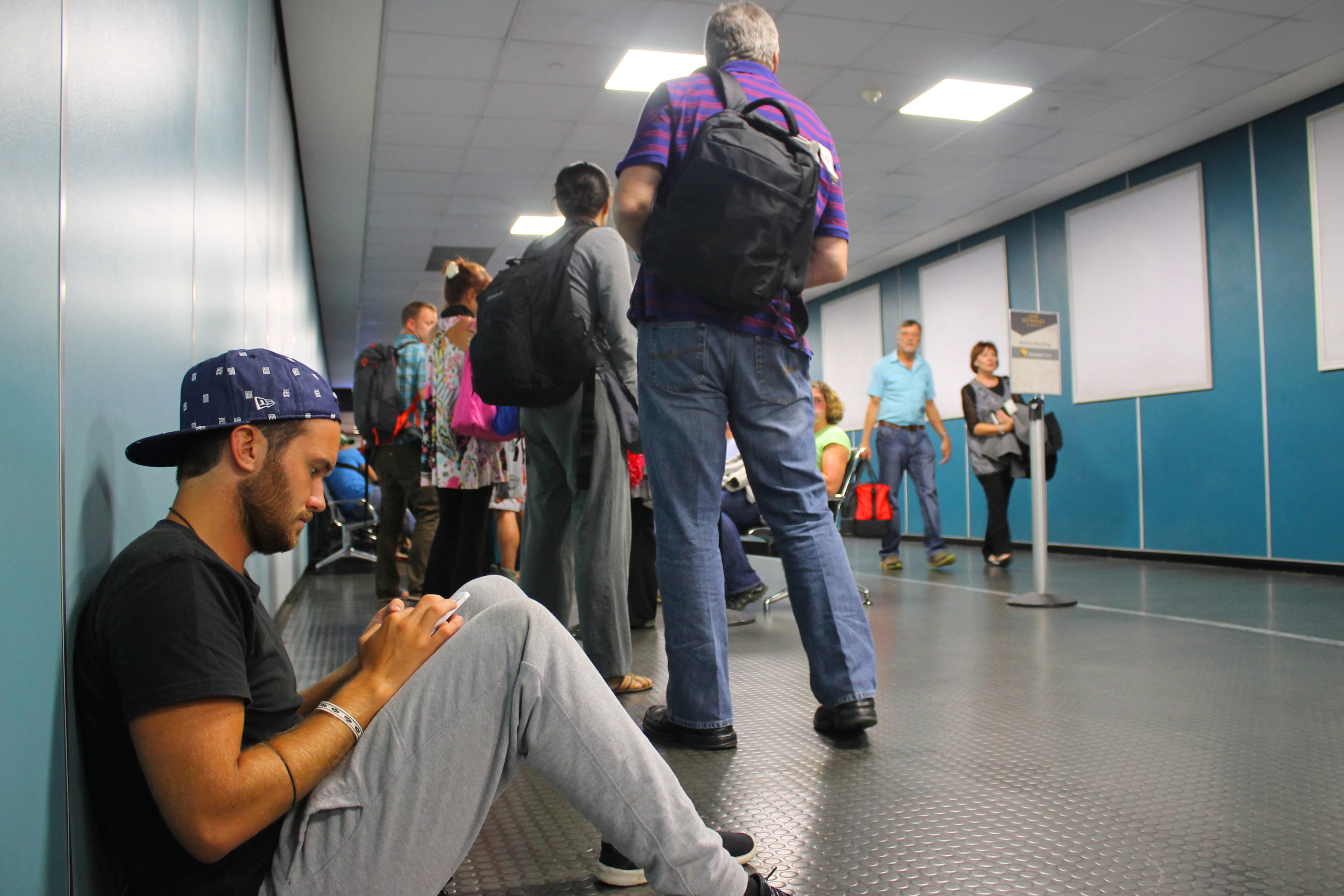 On the plane with my hat game on fleek! 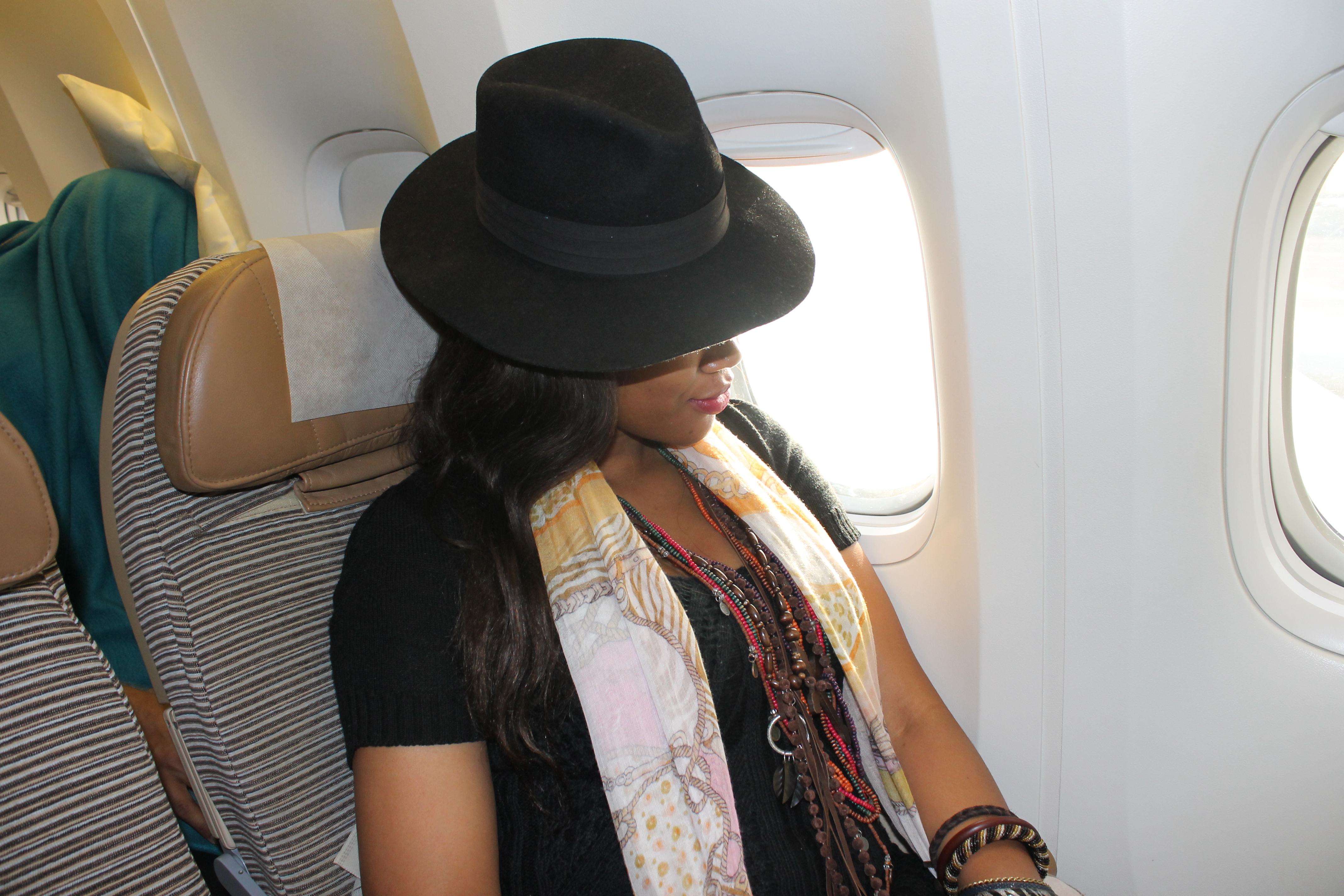 On the plane I met some good people, listened to the inane loud chatter of boisterous couples and big Indian men, and had some food while I caught up on the latest TV shows and films for 8-10 hours all from the comfort of a seat with enough leg room for a giant such as I.

Landing in Abu Dhabi took forever. They don’t lie when they say the airports huge, and is still expanding.

I figured I’d have time between flights but an hour and a half goes by quick there. I barely passed the shopping center when I had to go through the many security points, wait 10 minutes while my plane got prepped, and then straight on to Etihad again and flying off to London. 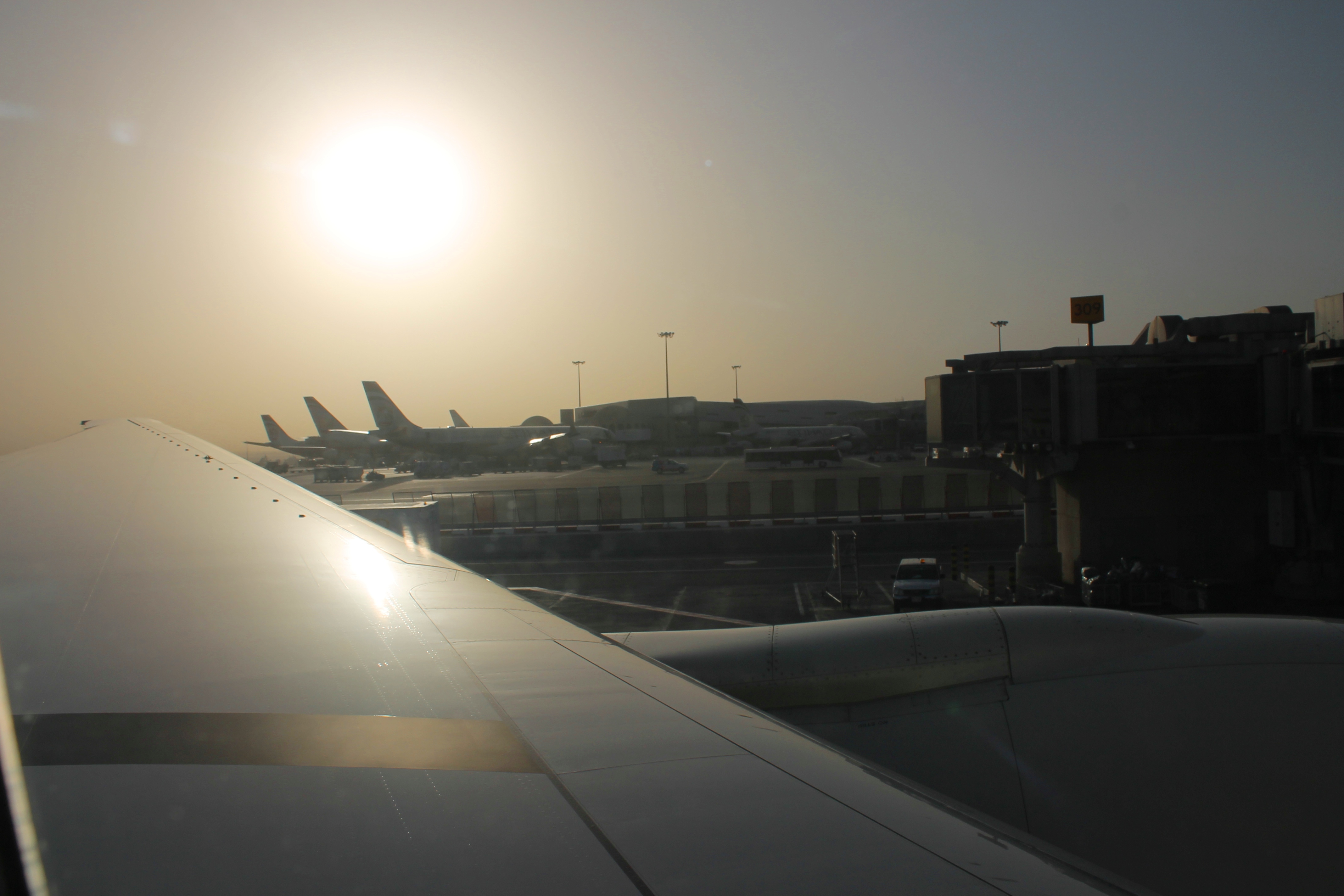 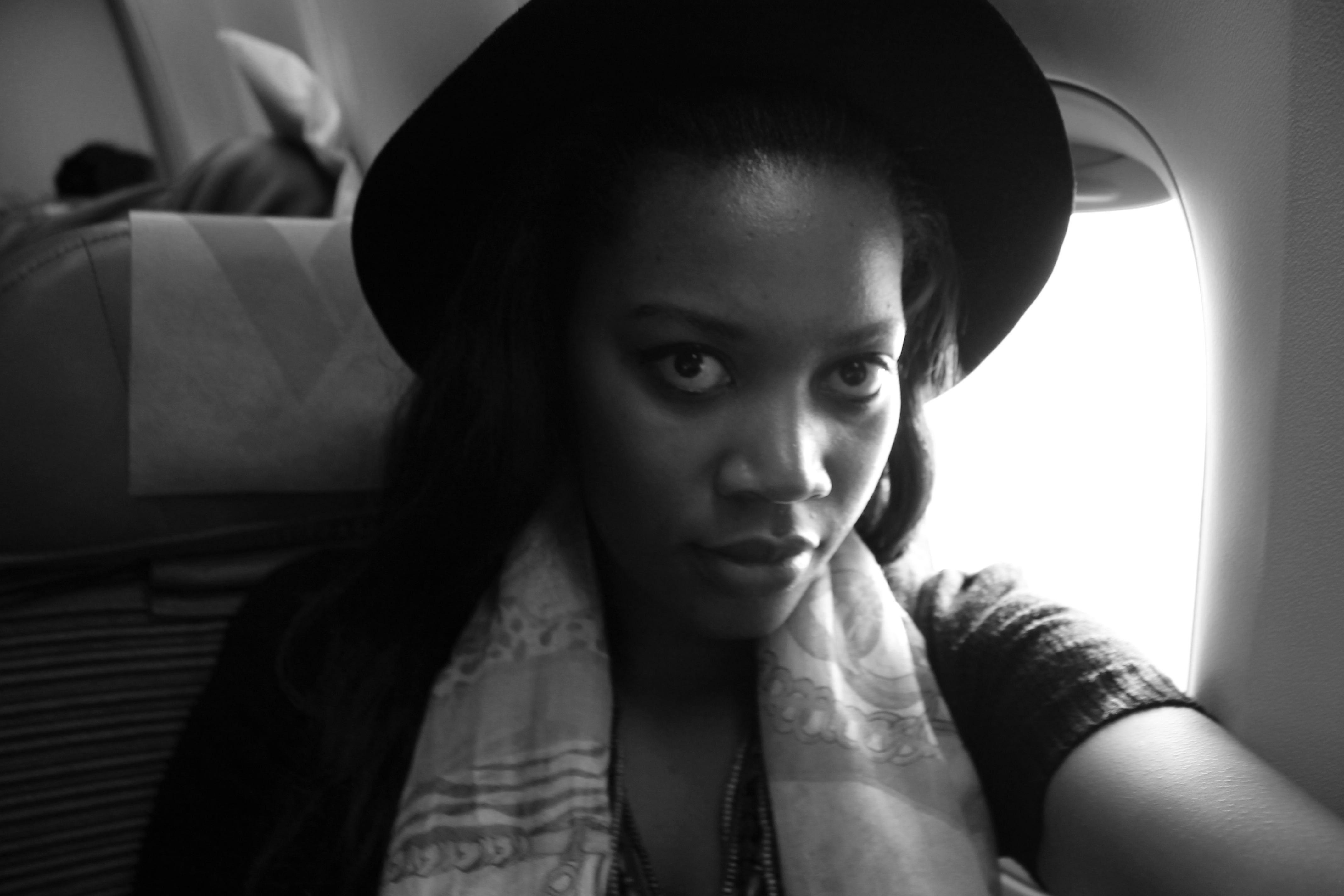 During the flight I saw snow-capped mountains and the darkest of blue oceans. 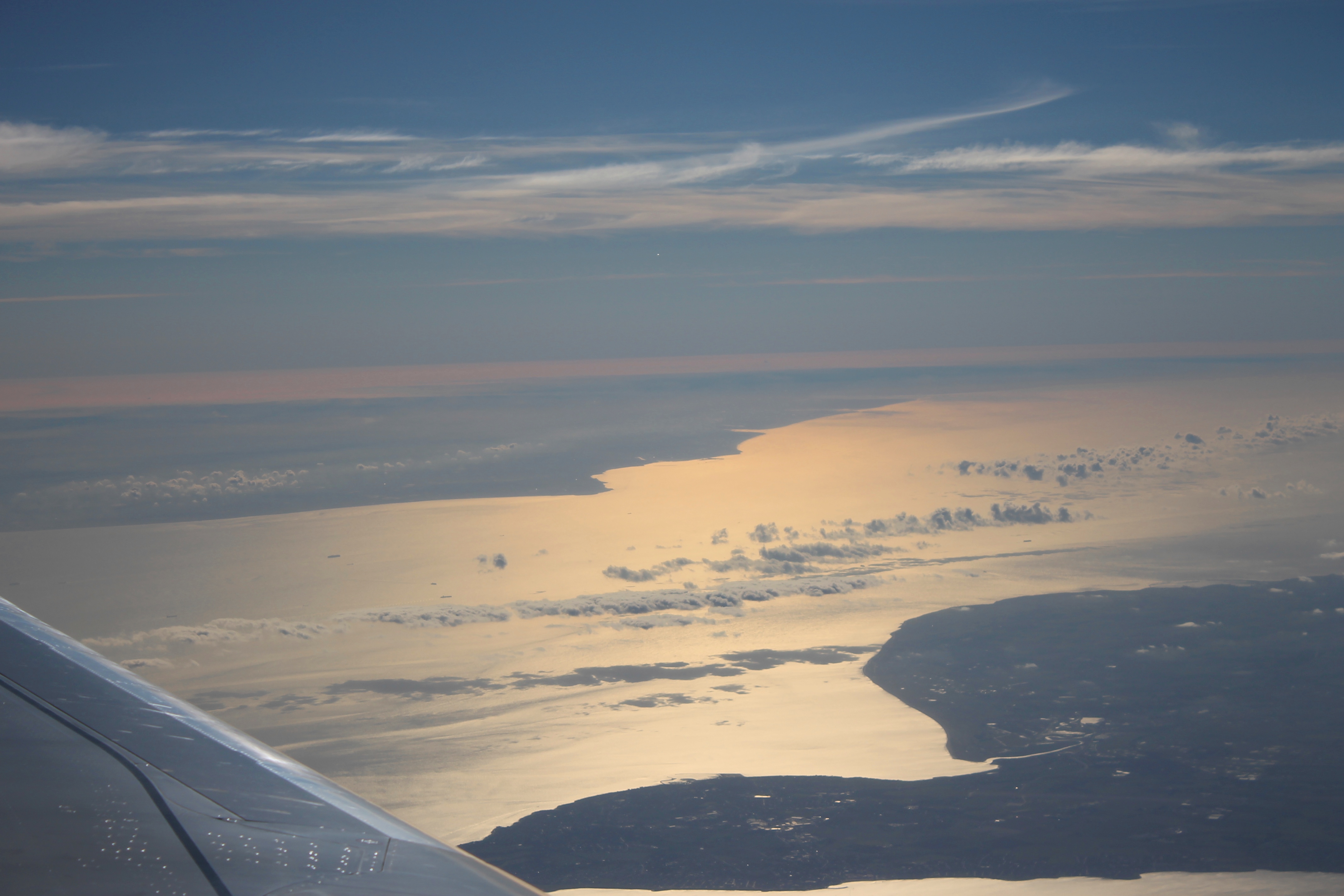 It really hit then that I’m not anywhere near home. One of the snarky voices in my head muttered the pop culture line “Guess we aren’t in Kansas anymore” like I was the Dorothy of a Wizard of Oz production. Some of the views from the plane were amazing. My blogger Canon Camera captured the myriad of colors over the clouds and the bird’s eye view of London. 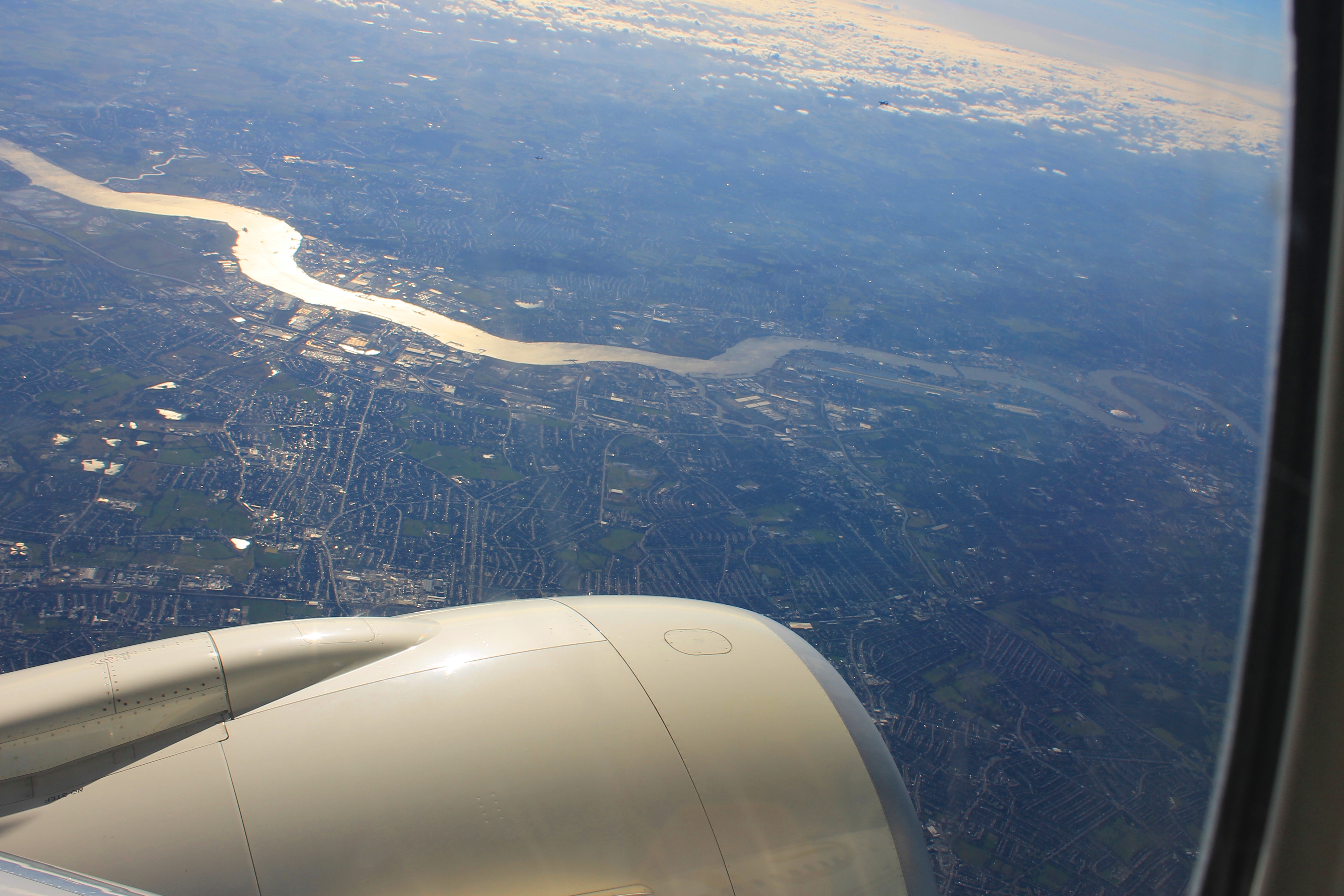 I landed at some boring Heathrow Terminal with no fan fare, and spent an excruciating amount of time (2 hours) in the queue at Immigration. The officer that talked to me gave me a biting reality check that I’d likely not get far with the amount of money I had with me, for which I remained utterly silent on the matter for fear of deportation or an arrest. While pop culture has made Scotland Yard prolific, I wouldn’t want to be acquainted with them so.

Probably the thing I feared the most was the public transport system in London. I got an Oyster Card worth £ 40 for a week, which means unlimited travel in 2 of the Zones I’d planned to frequent. There were alot of tourists on the underground, and since it was rush hour the masses descended and we got evil side-eye for our suitcases taking up space. A couple of train switches later, asking railroad personnel directions, deciding on a cab ride because it was dark and I was tired from 24 hours of travel, I arrived at my accommodation. I got advice from my landlady on grocery shopping and got a f*ckload for under £ 10.

I know I wanted to update my social networks yesterday night but I fell asleep so suddenly it shocked me. So here I am this morning – a little late because I’d planned to be up at 07:00am and see the town, but alas. London is 2 hours behind South Africa time-wise and I can only do my Social Networking thing when I’m in a Wi-Fi zone, so excuse my sporadic updating.