Day one in London and I woke up at 7am, lazed about in bed, updated all my social media and let all the important people know that I’m alive and well. Following a revitalizing hot shower that washed off 24 hours of travel, I spent a while picking out what to wear in accordance with the temperatures of London. I’d like to point out the weather in London has been grossly exaggerated; its actually a tolerable coldness. 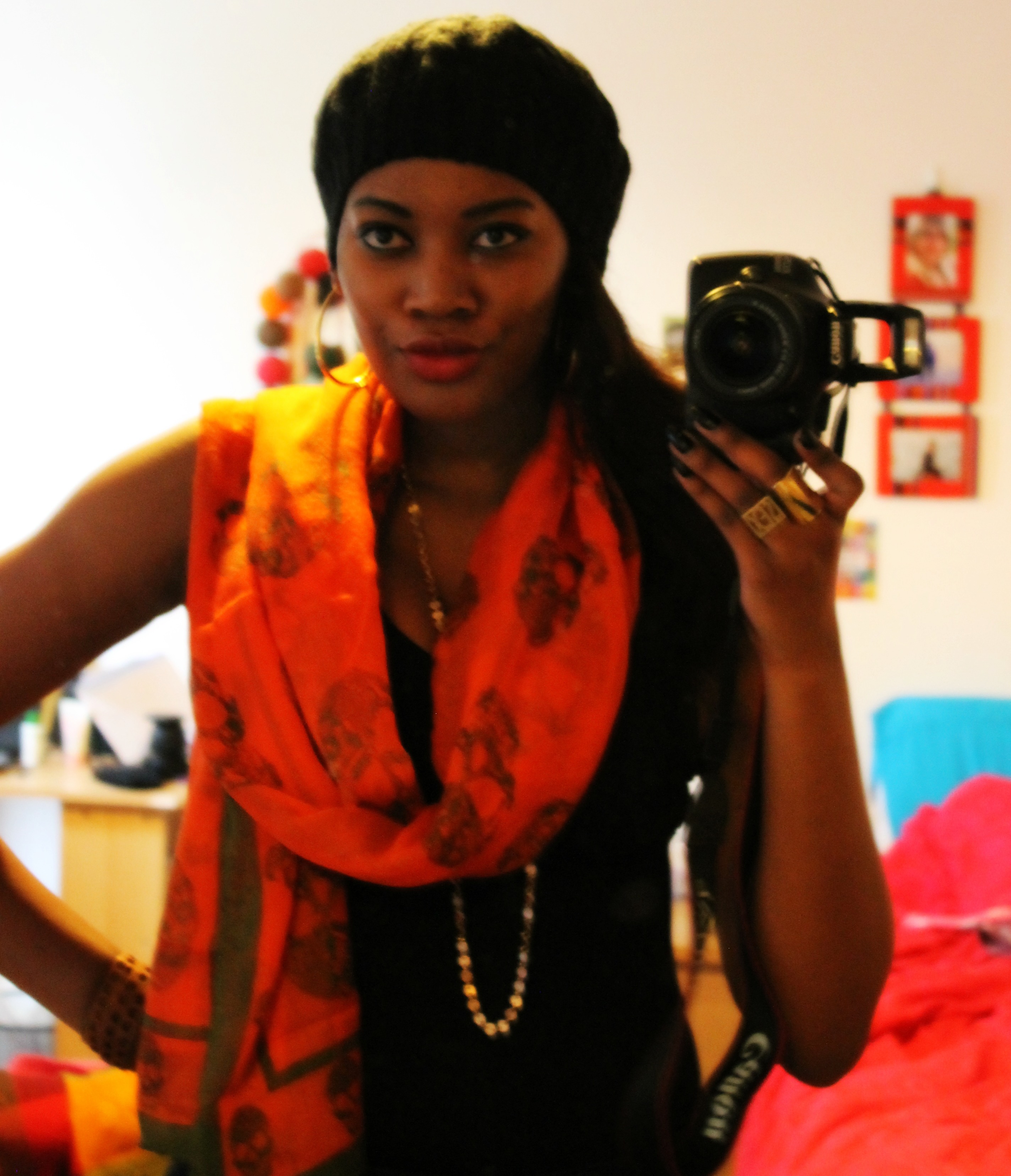 Being really meticulous about my make-up and bling

I used Citymapper to advise me on the train and bus routes I should take seeing as how I wanted to do a mock run to Somerset House where the British Fashion Council’s London Fashion Week is to be held. I like being acquainted with my surroundings so as not to inconvenience myself, seeing as how I usually don elaborate apparel to Fashion Weeks and walking more than a kilometer in heels is hell on the feet.

I love the Oyster Card system – One card that’s pre-loaded and can be used on any of the public transport. For travelers such as I, the £40 Oyster card that lasts 7 days is amazing. If you’re like me you get lost often in the cities you visit, and having the convenience of unlimited credit means hopping train platforms and buses till you somehow end up where you’re going without paying exorbitant prices. 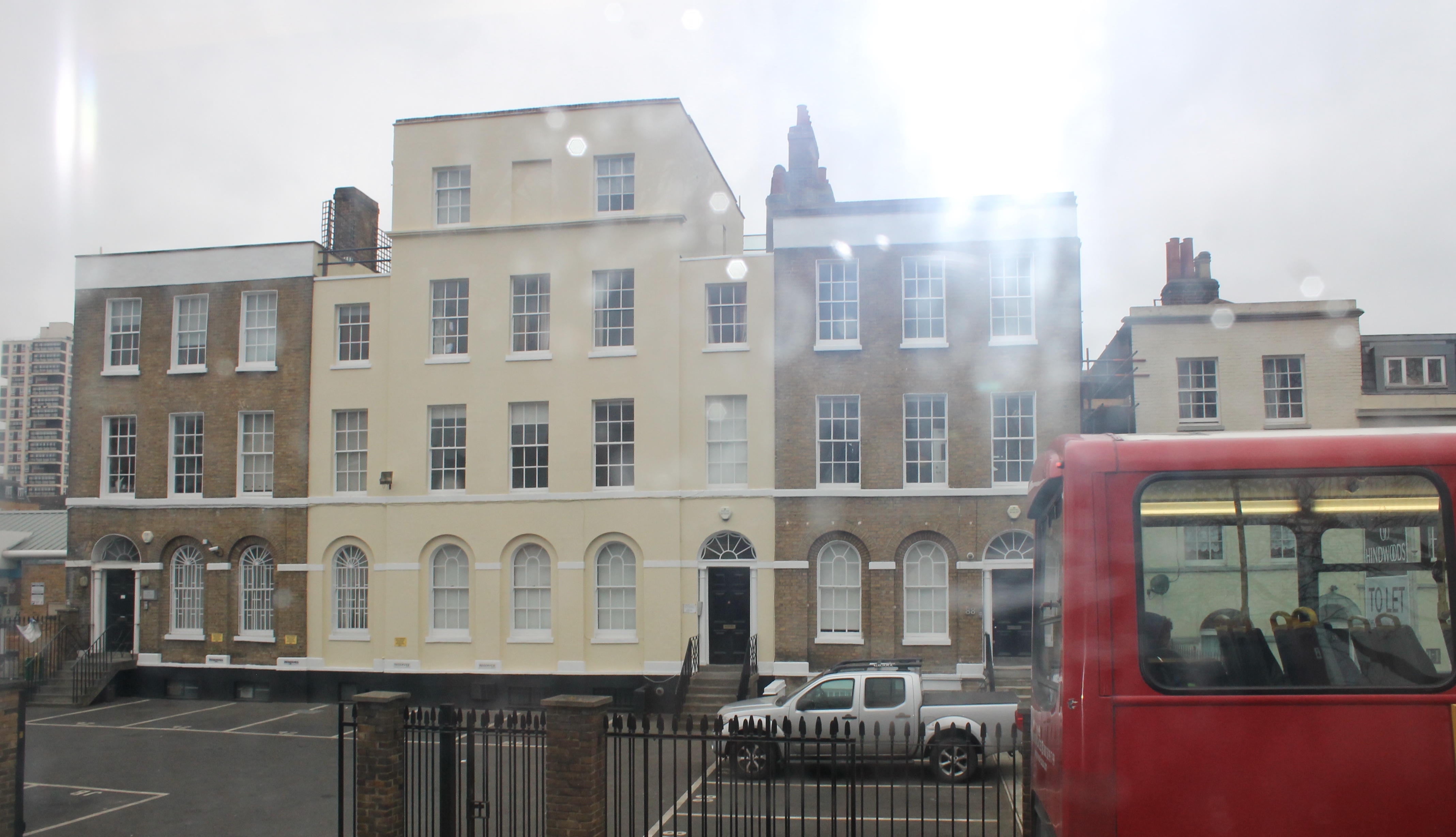 Springfield! Fans of the Simpsons know my excitement 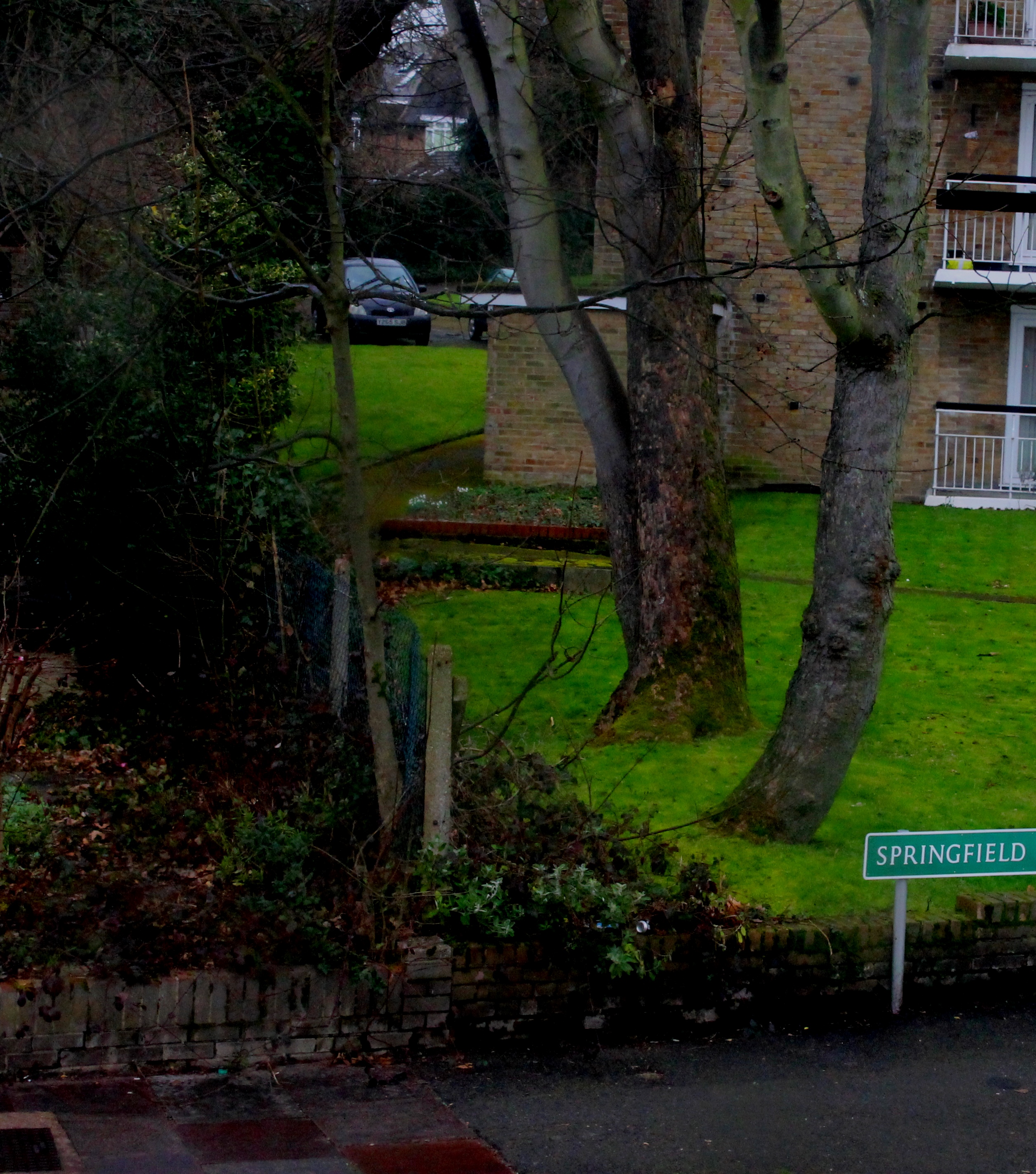 I managed to end up on the Southernmost tip of London by bus, saw a little of Surrey while walking about, took a train to London Bridge to somehow get closer to where I was going at Temple Station, I spotted the Millpark Football team stadium and a mushroom tip-less penis-shaped building I spotted in the film Guardian of the Galaxy. 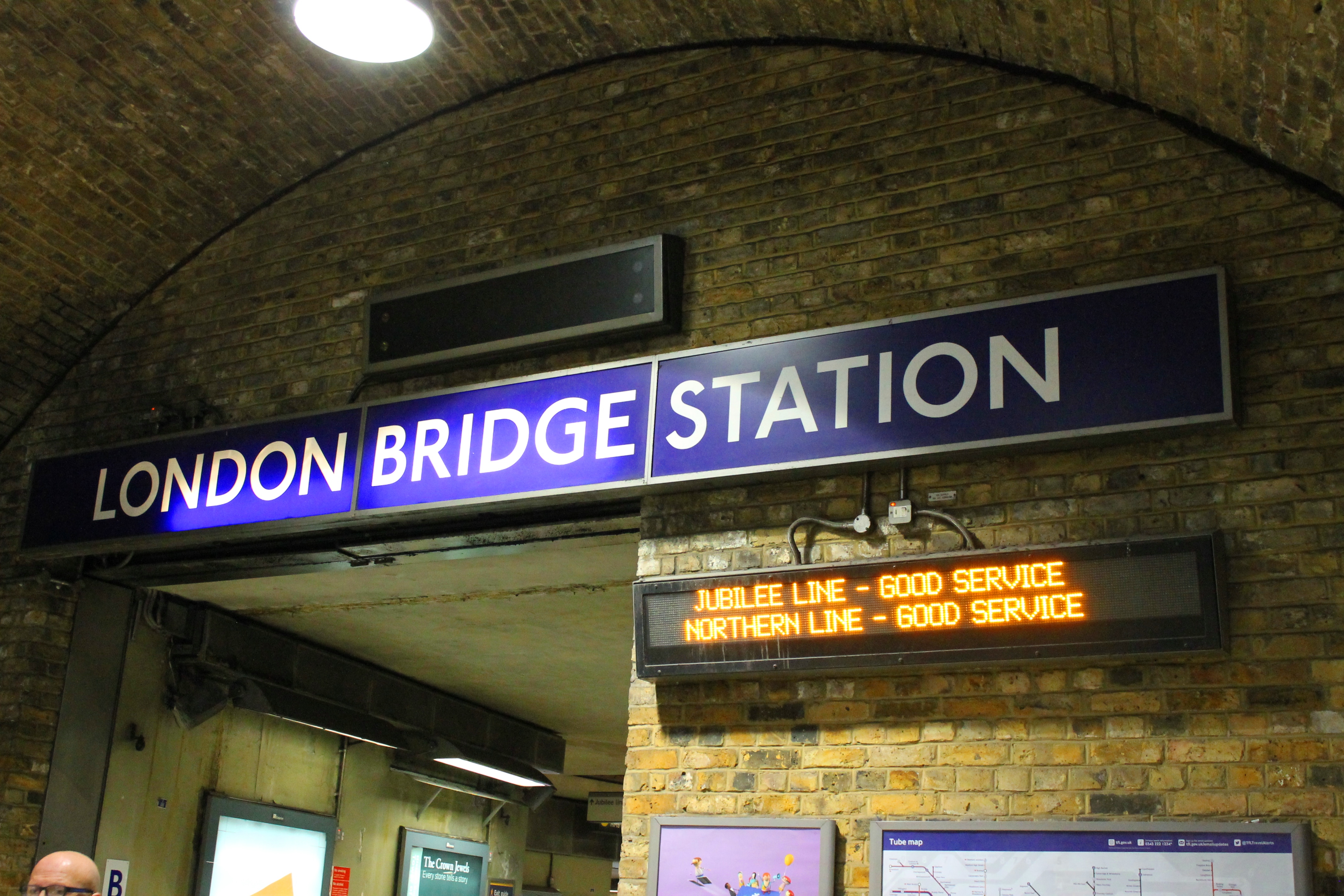 After asking around because my Blackberry is essentially a music playing device since Vodacom is Ray Charles to working off the African continent, I got to Strand, took some much required tourist snaps in the rain, and looked good while I was doing all this. 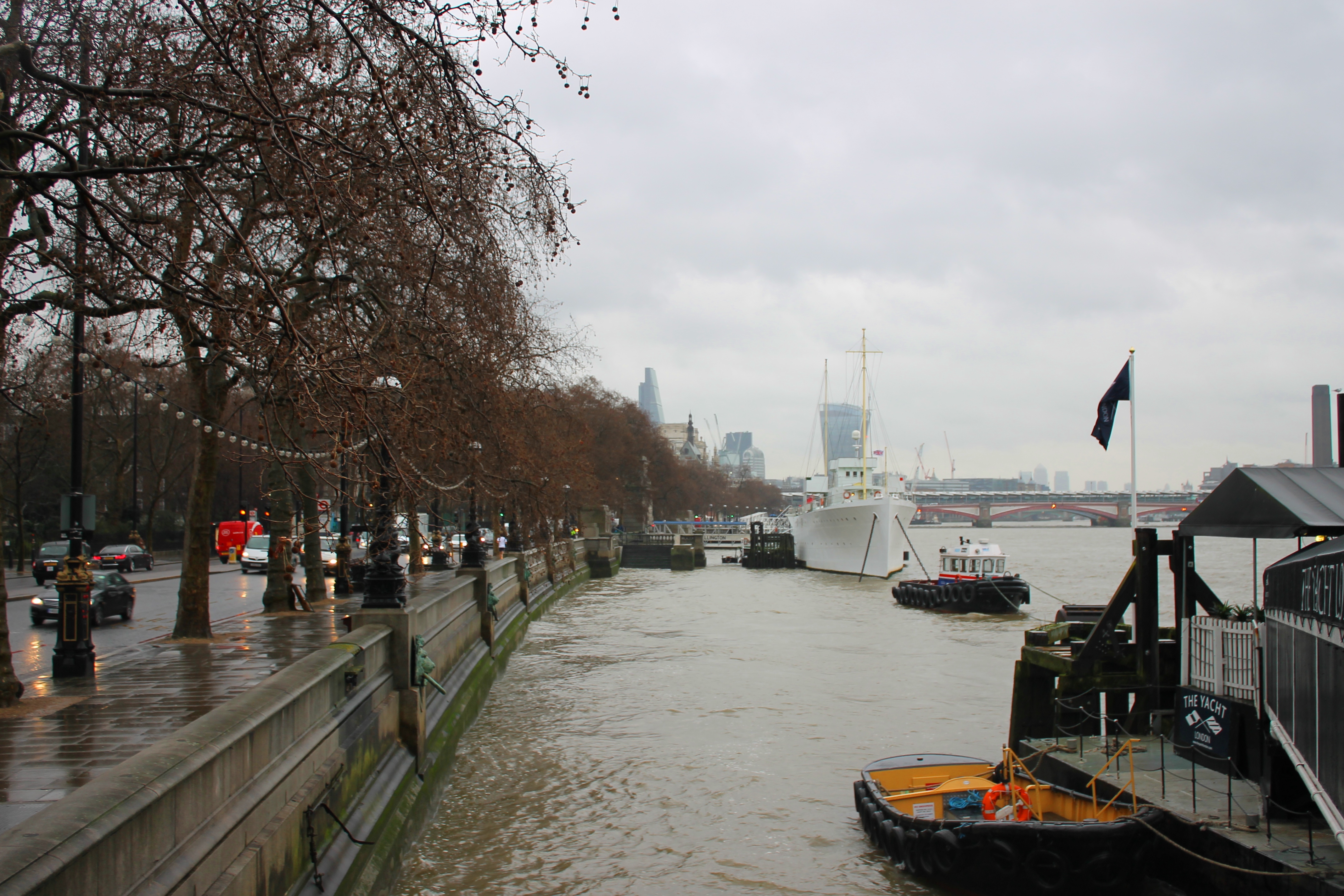 The advertised view of London’s greatest attractions is awesome.

Beautiful building nestled in the back roads of Strand. 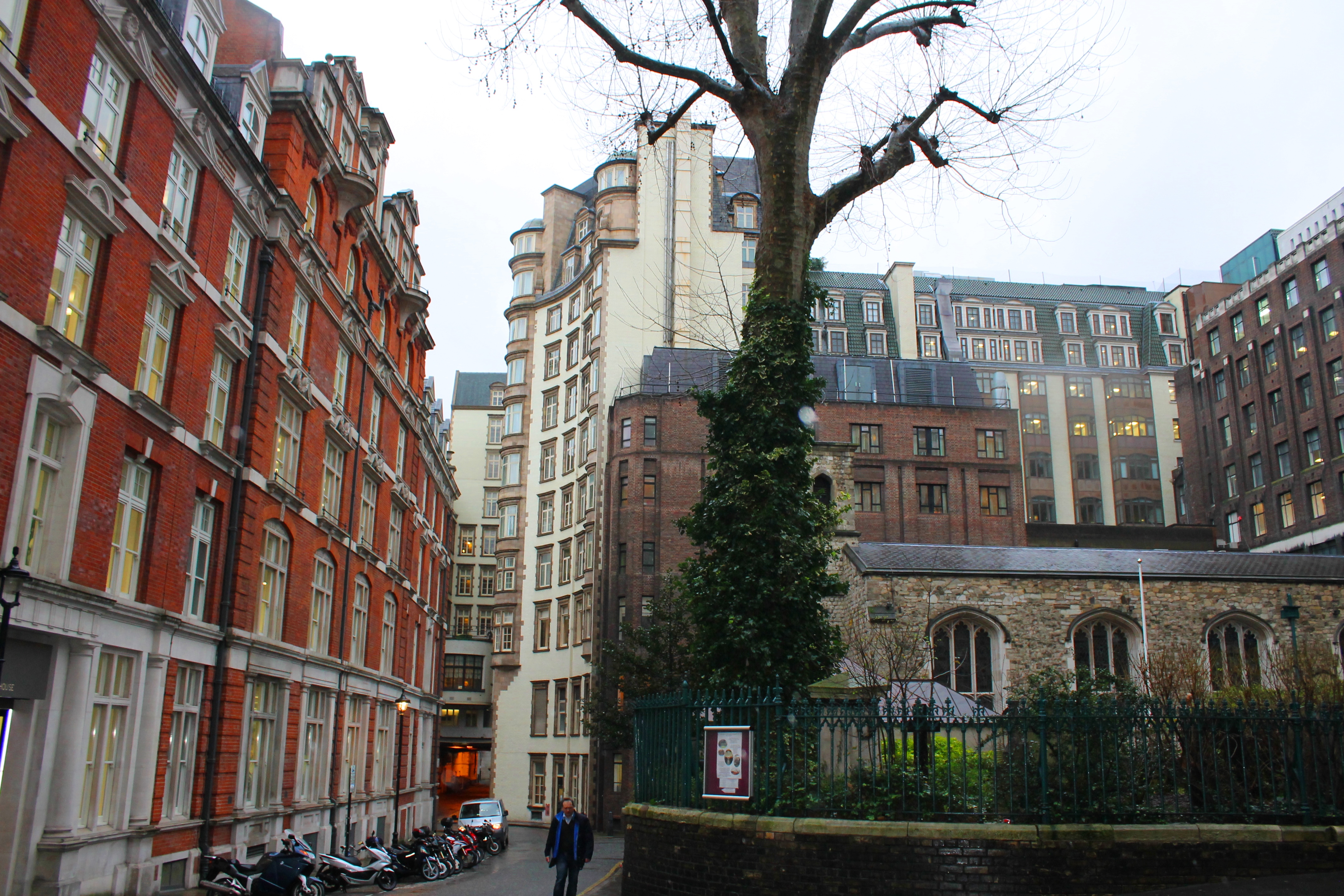 I popped into Somerset House where a large amount of personnel were in the midst of setting up for Fashion Week tomorrow and the opening showcase hosted by Naomi Campbell as part of her Fashion for Relief initiative. 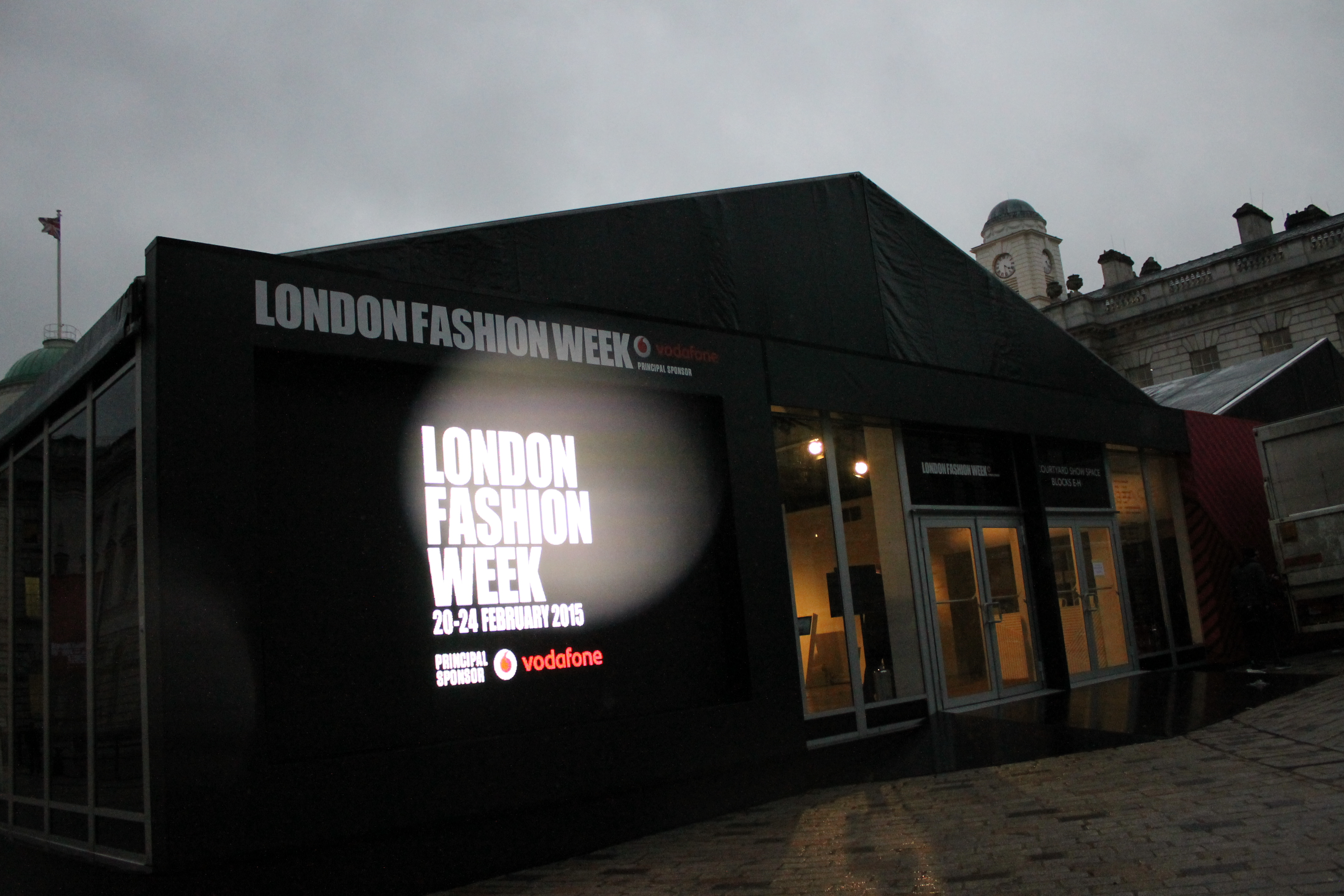 The British Fashion Council officers advised me on the press protocol that would be in effect from tomorrow, and while exiting I met a wonderfully-dressed lady awaiting the start of the Fashion Week opening night showcase. 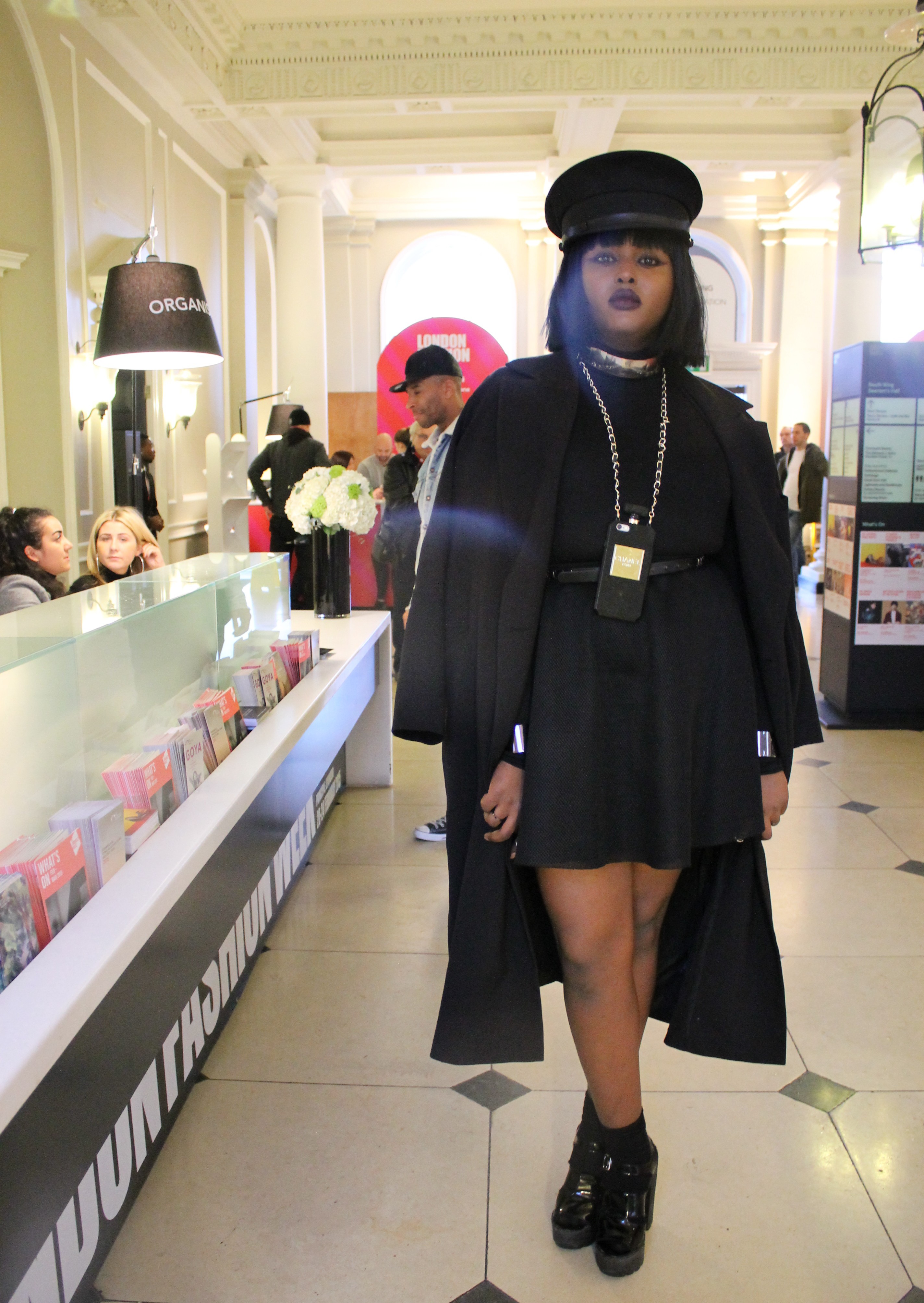 Following that little stop I headed to the motherland I’d been hoping to visit – STARBUCKS! I got a Caramel Frappuccino which is basically Coffee blended with caramel sauce, milk and ice, and topped with whipped cream and caramel sauce.

I made them write my Twitter/Instagram handle on the cup 🙂 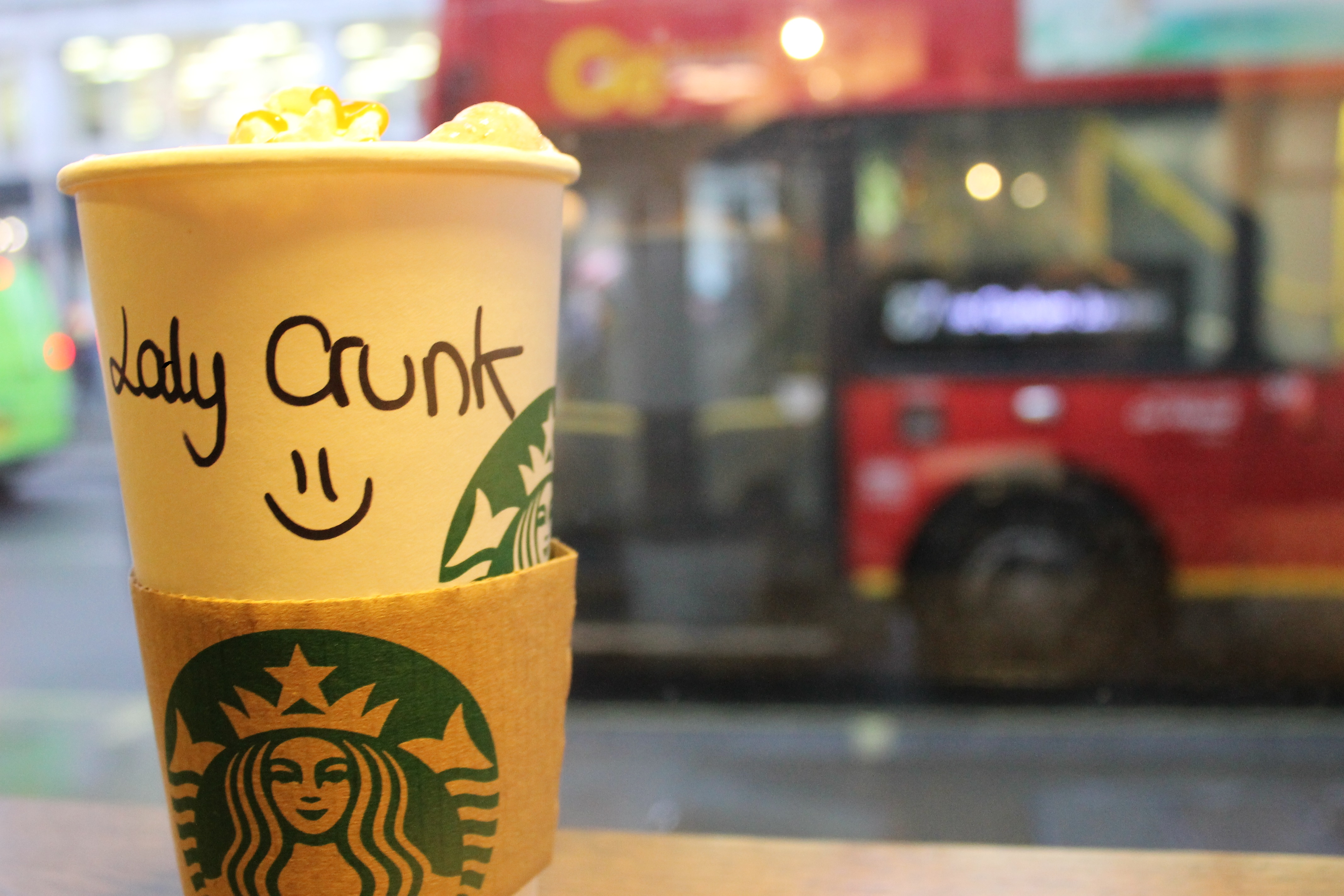 It gave me the mother of all sugar highs and I reveled in it. Also, Starbucks’s reputation precedes itself because the Wi-Fi with no code and the crowded hipster vibe was present and accounted for. While chilling there I got mail – thank you J. JS Lee for the invite to your showcase. I promise to be there in a timely fashion. 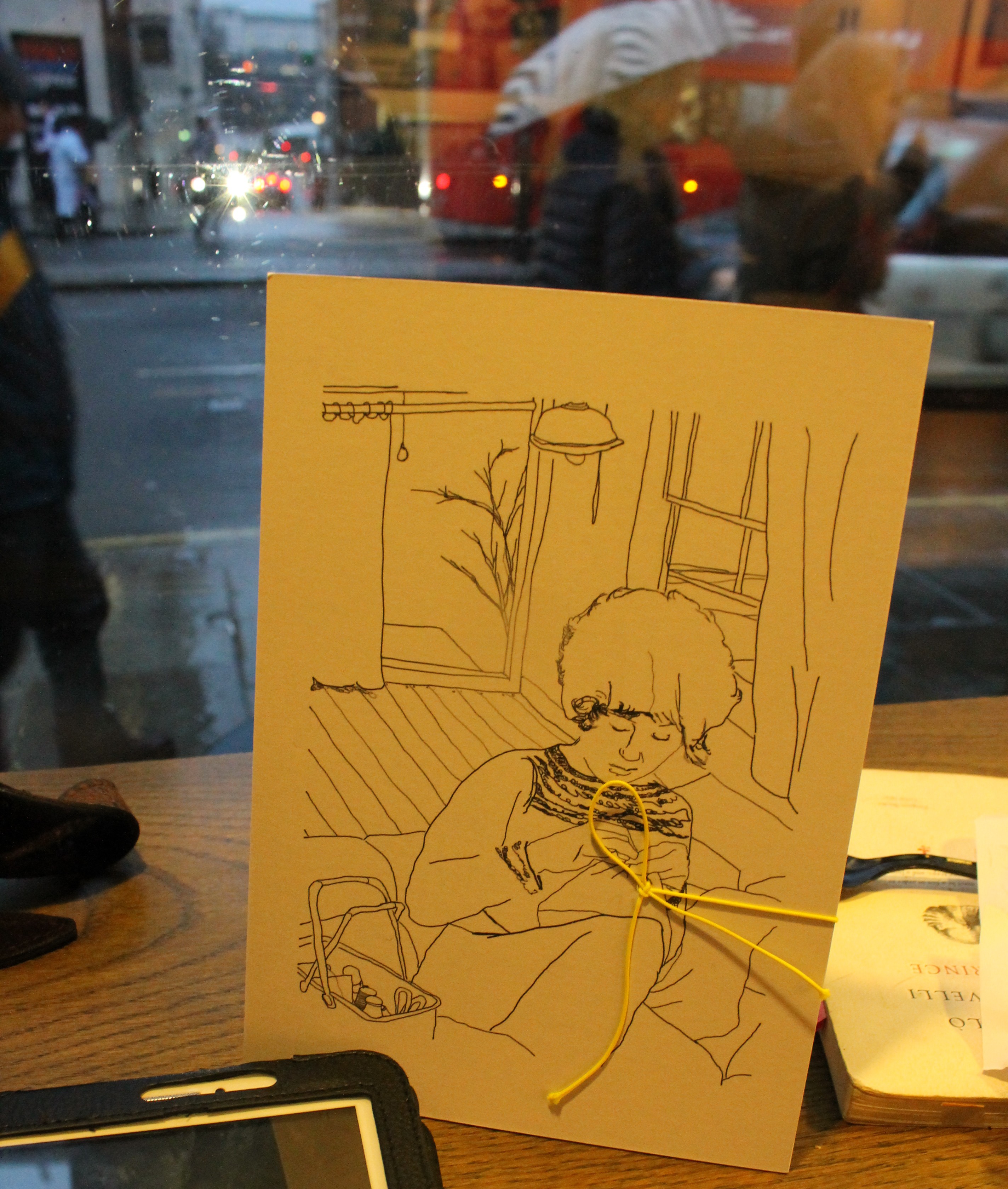 Young the Giant – “Mind over Matter”

One Republic – “I lived”