New York is for the brave, the pioneering thrill seeker and the secret-keepers. You bustle alongside fame mongers and vacant dreamers; finding kindred spirits among the vagabonds and career-bound forms enchanted by the glittering lights.

We are humming specs moving about, in this concrete maze…but we move, and we think; throwing orders, wishes and curses like gritty platitudes.

It’s not that New York has no soul – but its spirit is there singularly for those that need to be filled, whether that be with booze, love, lights, or other magical vices in this hyperreality. This is the true arena to satiate your pleasure pip.

My back to the child’s dream that became an adults reality.

I was a god then. Times Square lay momentarily arrested. 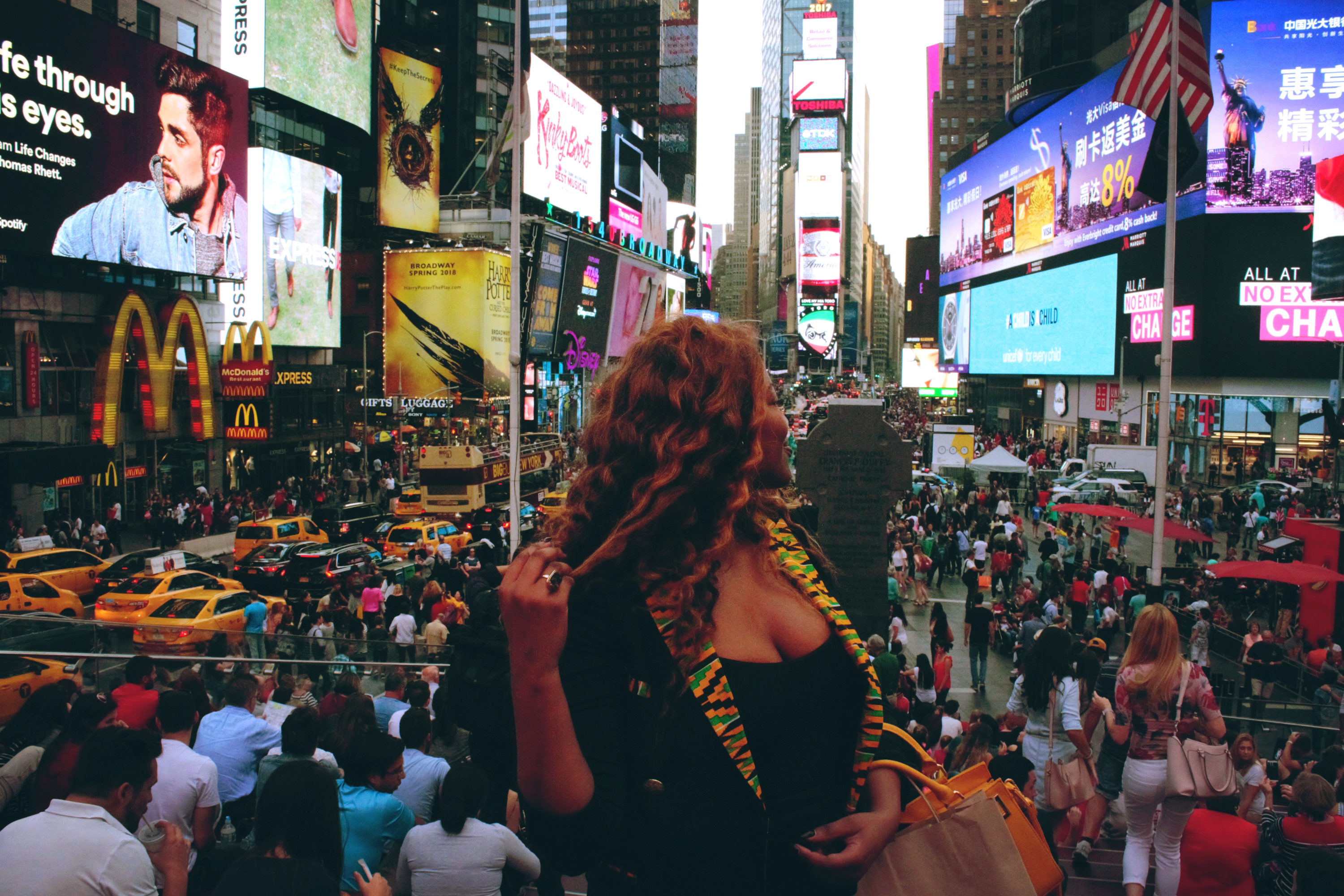 There once was an artist known as Damien Hirst…and what beautiful depictions of a sinister world, did he create.

These rest at the shoulder of New York’s legendary & eclectic Gramercy Hotel. 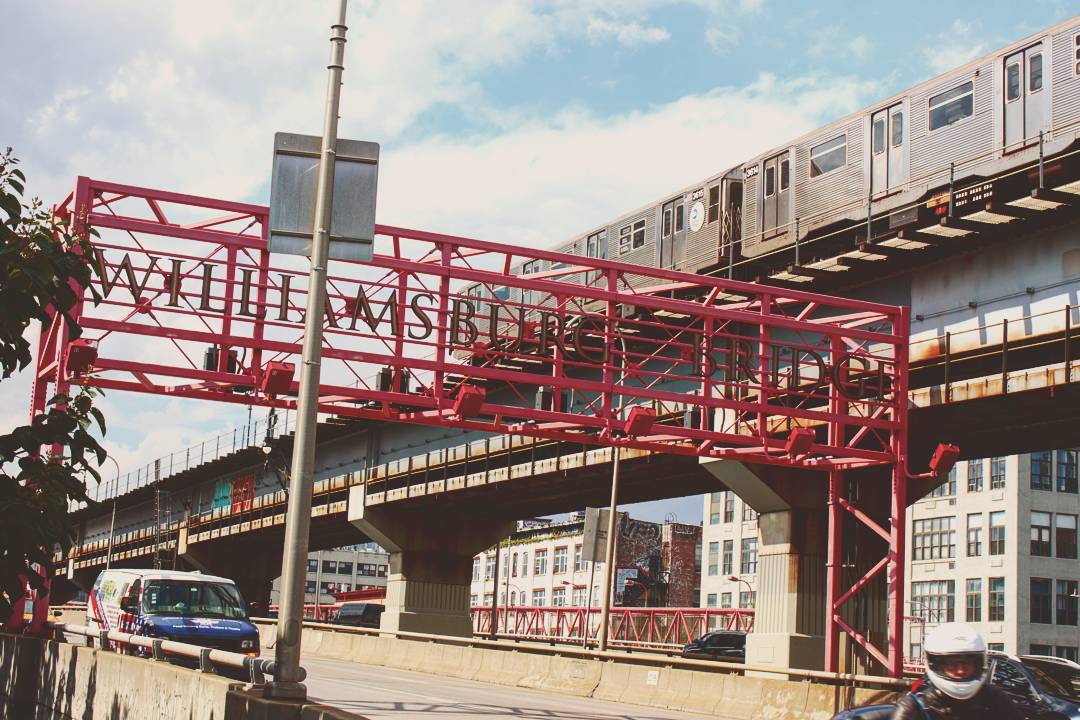 Williamsburg is a borough in The Big Apple, which any fan of the Brooklyn connection, knows.

I have known it since hit comedy show ‘2 Broke Girls’ placed my whole broke 20s existence into hilarious American context, and ‘based’ the show there.

I couldn’t find the places I always see in movies and tv shows (maybe because they are sets, but whatever Logic!). I did get to see some pretty colorful graffiti, storefronts and feats of architectural wonder. Not to mention, I was highly amused to note that it is actually a recurring phenomenon to leave furniture on the curb for another to take as they please. Fantastic(ly unhygienic)

If you get off the JZ train (It’s not Mr. Carter’s guys) at Bedford Avenue, head to NOLA-inspired Loosie Rouge, which is hidden through a cute vine walkway, merely an 8min walk towards the river.

It is such a bright cocktail bar for its mid-century look, “cocktails on tap, Louisiana-style plates & piano karaoke”.

After the green health shake I ordered to refresh my lethargic limbs, onward we marched – actually I walked on for a bit, got lost in a Mormon colony, and hightailed it uptown for a more relateably upscale state of mind – Hell’s Kitchen!

There I. Went. IN! on Deadpool’s favorite meal, a Chimichanga – ordered from El Original, a Tex Mex restaurant right near homeslice Trevor Noah’s ‘The Daily Show‘ studio.

After getting that injection of humor from Trevor Noah, I closed the day off the only way I could: Hunting down the ‘FRIENDS‘ original apartment. 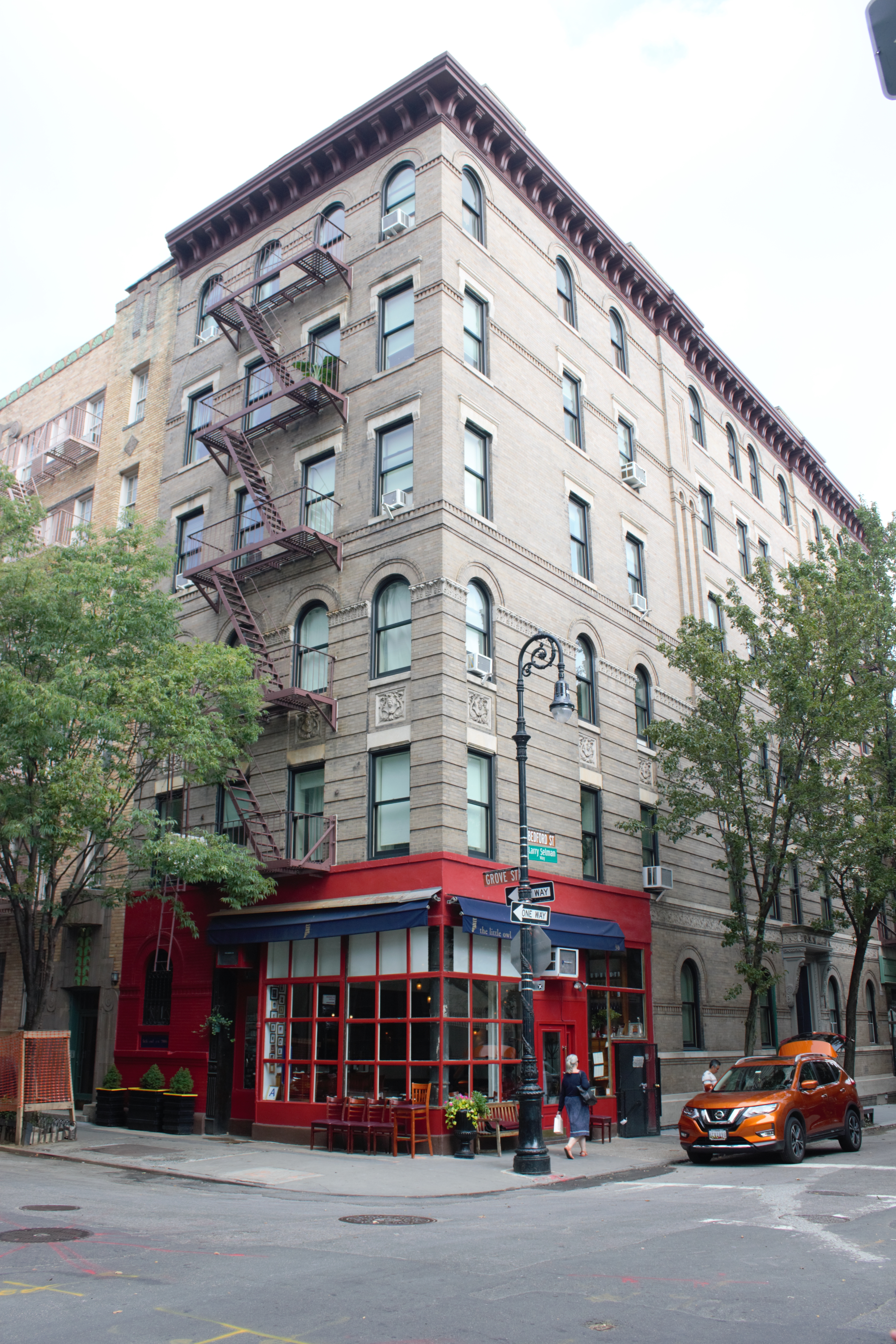 Found it in Greenwich Village.

Stay tuned for more tourist hotspots I stepped through.