The Metropolitan Museum of the Arts is an unparalleled archive of a large sum of the worlds finest heritage pieces…as well as housing a few eateries serving surprisingly good morsels of grub. 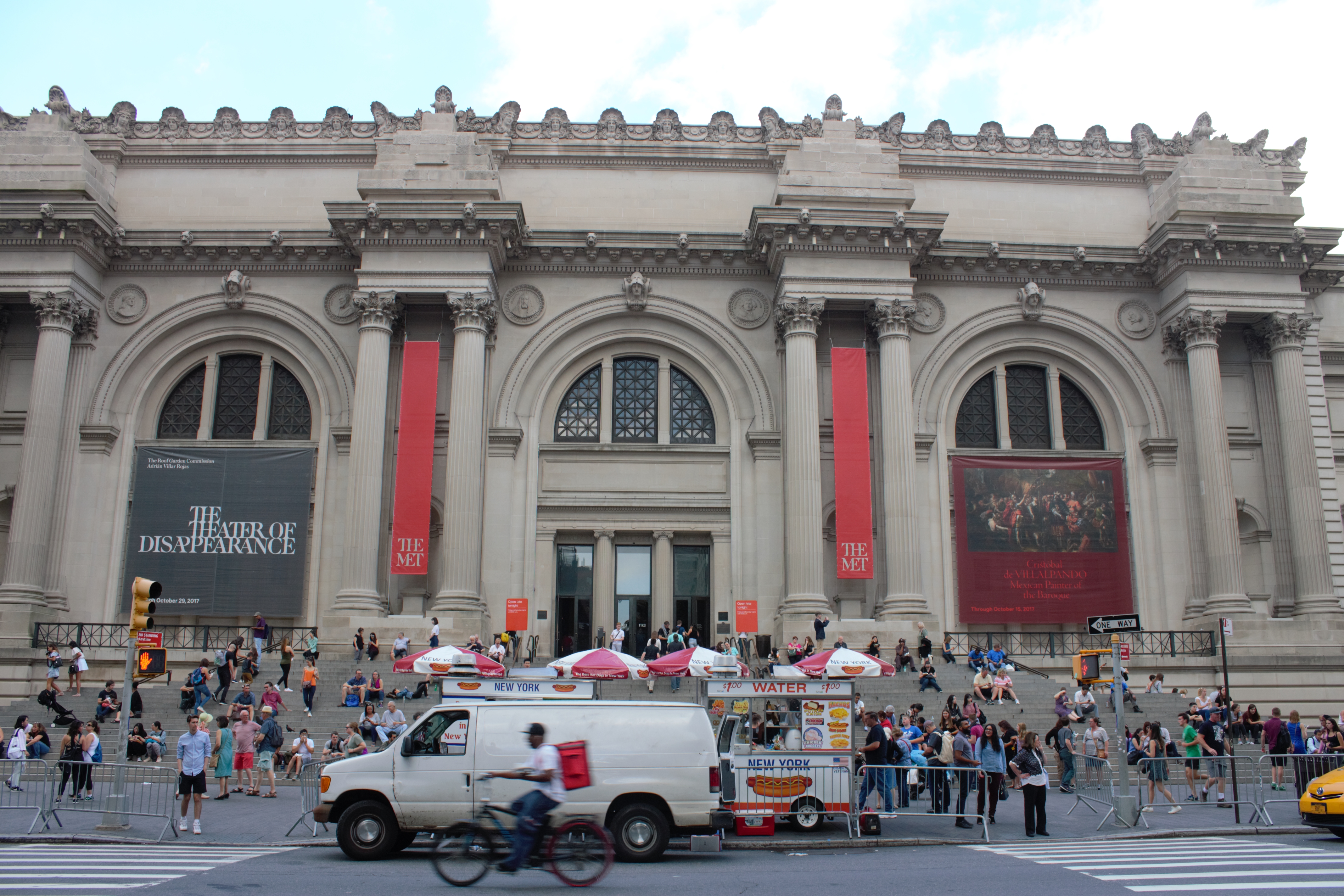 Somebody said you cannot do The Met in one day…well I sure showed them; and built up quite the appetite strolling through the many cavernous galleries, tombs and presentations packed to the hilt, with gilded wonders, delicate memorabilia and historical artifacts.

Luckily, I had grabbed a map of the museum once I’d survived the foyer, and quickly found my way to the closest eating joint for a bite and view near the Carroll and Milton Petrie European Sculpture Court.

I really have a thing for well-crafted weaponry with pop culture significance; and The Met has a Colt 3rd Model Dragoon Percussion Revolver by Samuel Colt, and engraved by Gustave Young.

Look at the gold, walnut, brass and steel that make up this gorgeous piece of currently inactive violence.

Any fan of the television show ‘Supernatural’ will be familiar with the Colt.

Then there’s the thin blades and swords, shields, chest plates and spurs standing in the weapons section.

I am in awe of the detailed wood carving techniques and intricate steel moldings on these gun hilts, once held by Western history-makers.

Christianity and its biblical artifacts have played a huge part in populating the museum; and I was face-to-face with a Reliquary of Saint Vincent found in the tomb of the saint...I say it looked like a power bank.

Head deeper into the ofttimes forgotten galleries of The Met, and you’ll see some humongous wooden relics which span tens of meters, with beautiful paintings and carvings.

I was fascinated with the Bis Pole and Kwoma Ceiling housed in gallery 354, the Australia and Oceanic arts of Malenesia. You’d be much inclined to spend a minute here, learning more about Island Malenesia and New Guinea.

“The most spectacular sculptures of the Asmat people of southwest New Guinea are the ancestor poles known as bis. Made in only a limited area of the Asmat region, bis poles were, and are, created as the focal points of a memorial feast honoring individuals who have recently died and become ancestors. Each figure on the poles represents and is named for a specific deceased individual.” – Met Museum

I think I have morbid curiosity heading to the Heilbrunn timeline of art history, and getting up close to a Roman marble sarcophagi.

“A sarcophagus (meaning “flesh-eater” in Greek) is a coffin for inhumation burials, widely used throughout the Roman empire starting in the second century A.D. The most luxurious were of marble, but they were also made of other stones, lead (65.148), and wood…the Romans eventually adopted inhumation as their primary funerary practice… A large number are carved with garlands of fruit and leaves, evoking the actual garlands frequently used to decorate tombs and altars. Narrative scenes from Greek mythology were also popular, reflecting the upper-class Roman taste for Greek culture and literature (55.11.5; 47.100.4a,b).” – Met Museum

The rest of the Museum, which wasn’t closed off for one reason or another, included wall-to-wall paintings (such as ‘Moses and the Brazen Serpent and the Transfiguration of Jesus‘ encapsulated in The American Wing ), contemporary photo exhibitions, culturally significant decor(such as the gorgeous red Renaissance Revival Parlor), idyllic murals and beautifully tiled water fountains, gold or marble white Greek statues, jewelry,towering pillars..and so much more.

The Met steps, is a Must-stop for ‘Gossip Girl’ lovers, if you care not for the history within these great walls.

Stay tuned for a final few round-ups from my Klaasic trip!