Yes, Uptown LA has the ever luxe Rodeo Drive, and Downtown Los Angeles has an entire Fashion District – as well as there being as many kitsch gift shops as there is cannabis being grown in California – but true fashion shopping in LA, is designer.

Fashion is boundless, so I guess it stands to reason that shopping is in as nebulous a position.

If you’re a foreigner like me, switching your Google Play Store on while in America, grows your life options exponentially.

You can download apps to shop for you, curate an excursion around the city that sees you walk in the shoes of your celebrity favs, or even order fake friends or models to hang with you for the day…or for an impromptu shoot.

There are some stores in the city, that don’t even open 9-5, but are:

Some LA boutiques don’t even have a digital footprint, but yield more returns in a month, than other brands with more stores around the country.

This place is wild!

Lowly old me, got the VIP treatment at a famed fashion PR firm in downtown LA – a few blocks from one of my favourite Project Runway winners studio, Michael Costello. 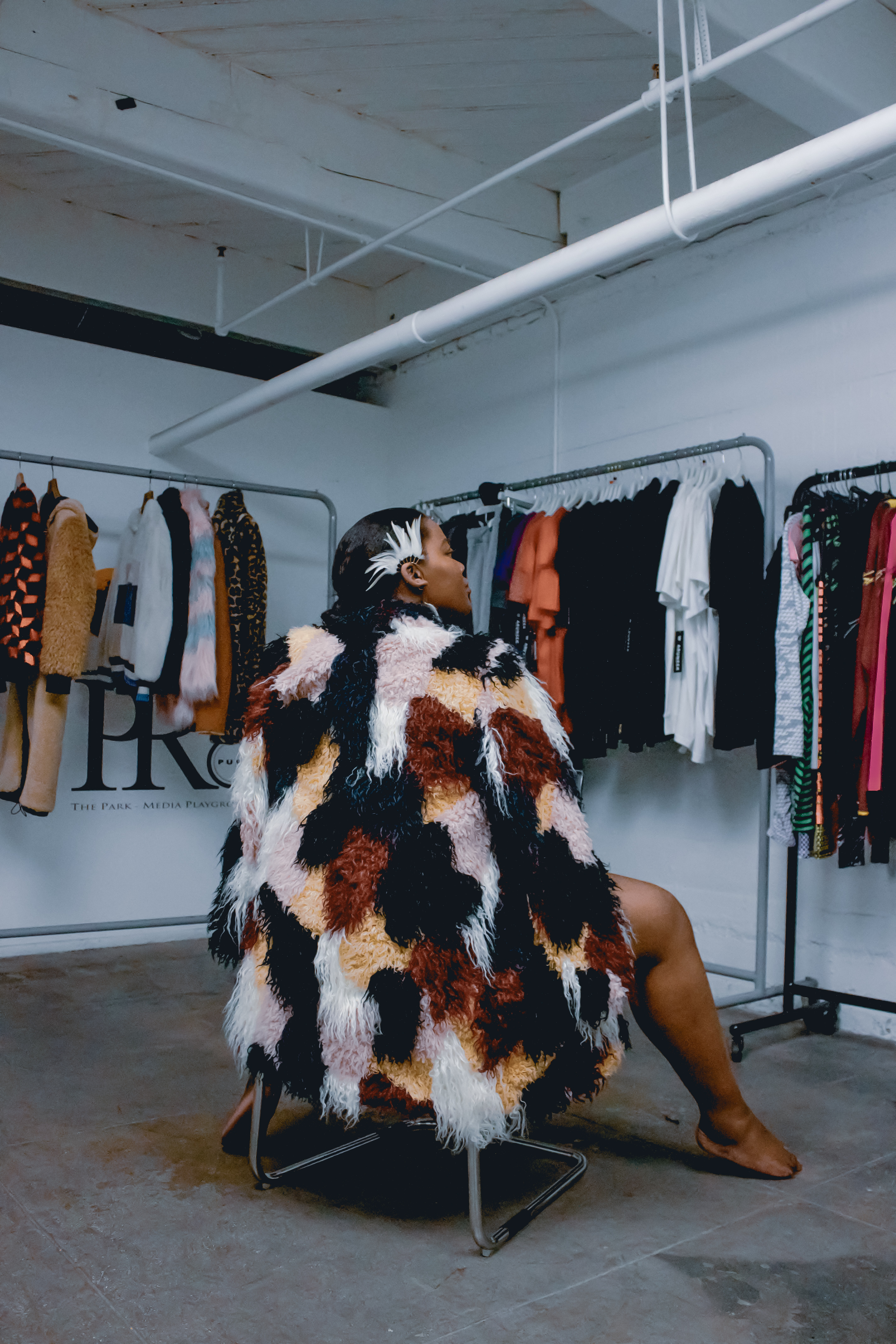 A fun meet-and-greet, afternoon shooting, as well as some rail diving for local goodies to buy, and I was en-route to uptown

…but not before a charmingly grunge city walk to grab a drink away from the stifling lunch hoards.

So, I’m staying smackdab in the middle of Hollywood, just off of the infamous Hollywood Boulevard.

When I was walking about one night – because every single tourist actually does that here – I came across the below musicians mural, in a parking lot behind the Capitol Tower. 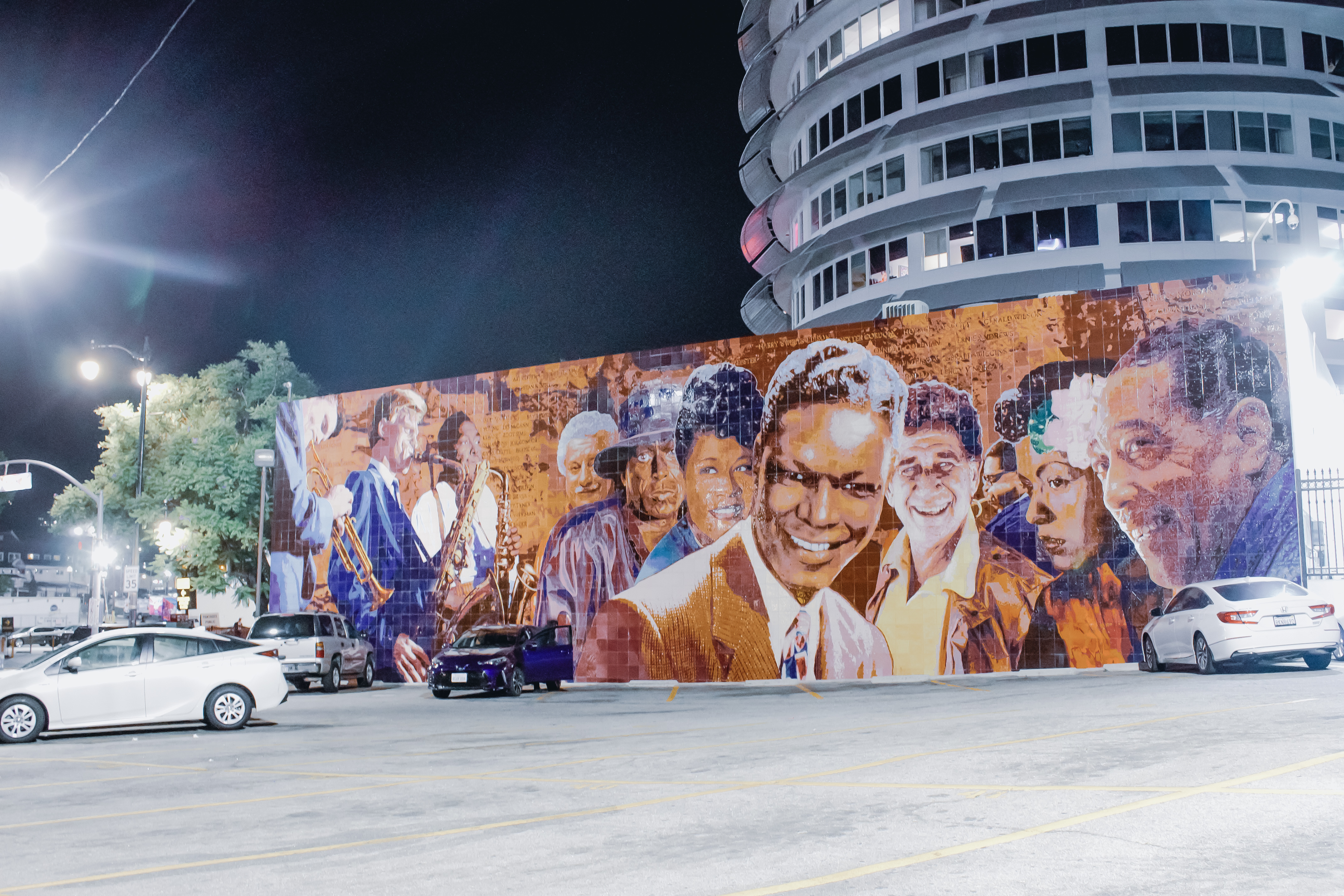 When I was stuck in the airport for a layover, I re-watched Oceans 11 for the Nth time, and remembered that THIS is where Brad Pitt was standing & eating, during a break away from teaching ‘second-rate’ actors Poker and Blackjack…so cool! 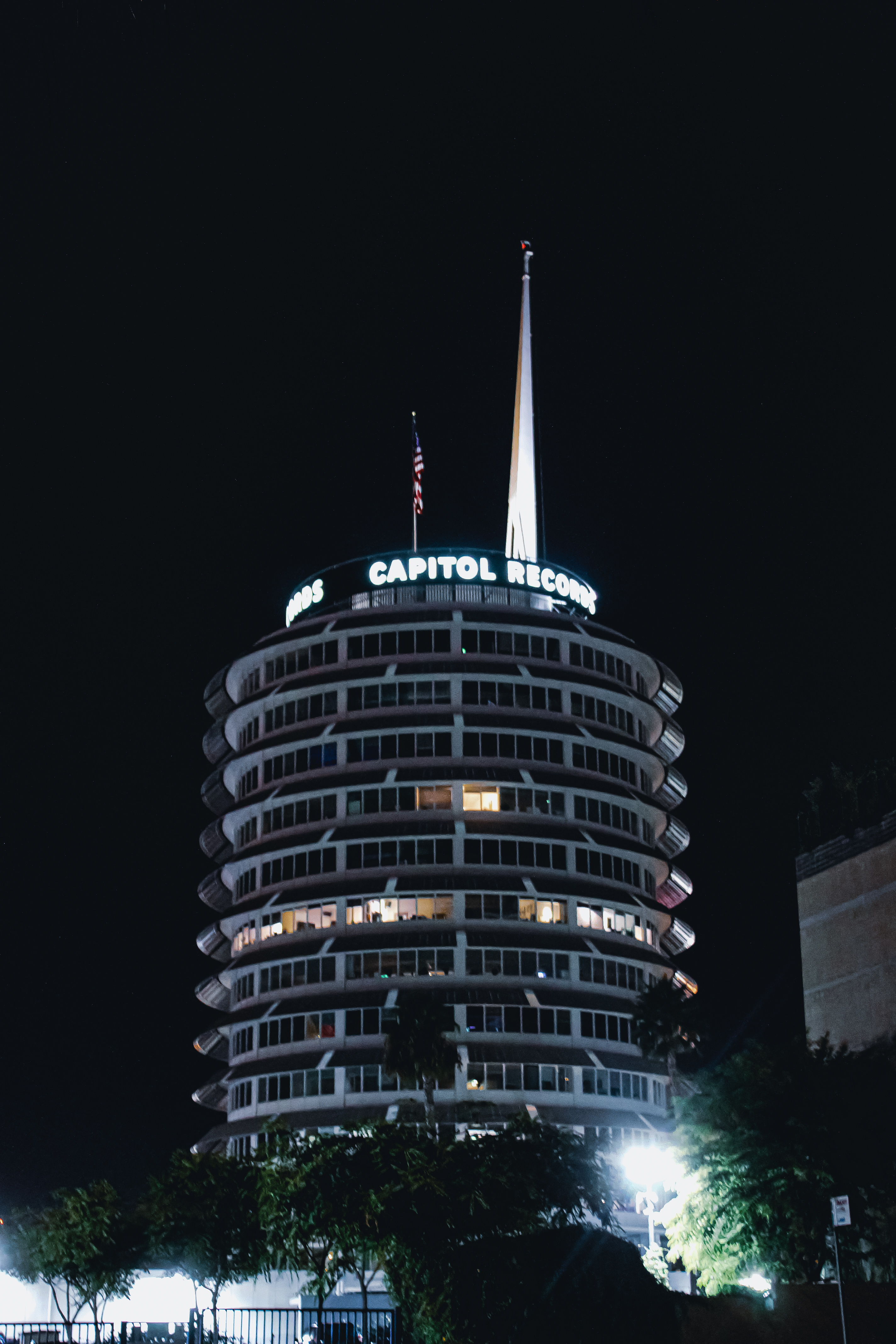 For those not in the know: Capitol Music Group is the brand now home to historical music properties like: Motown, Nashville, as well as Blue Note, and I.R.S.

This is the company that scored Sam Smith as an artist, as well as boy-band 5 Seconds of Summer. It’s CEO chaired Columbia Records when Adele, One Direction, and Foster the People, had the world bopping hard.

The Tower that Capital Records calls home, has also been seen alongside Brad Pitt, in the 2019 Tarantino film, also starring Leonardo DiCaprio, called ‘Once Upon a Time in Hollywood’.

Walk of Fame or Nah?

Beyond the parking lot that has probably seen its fair share of filming action, there is the most touristy thing one just has to add to their LA itinerary: The Hollywood Walk of Fame. 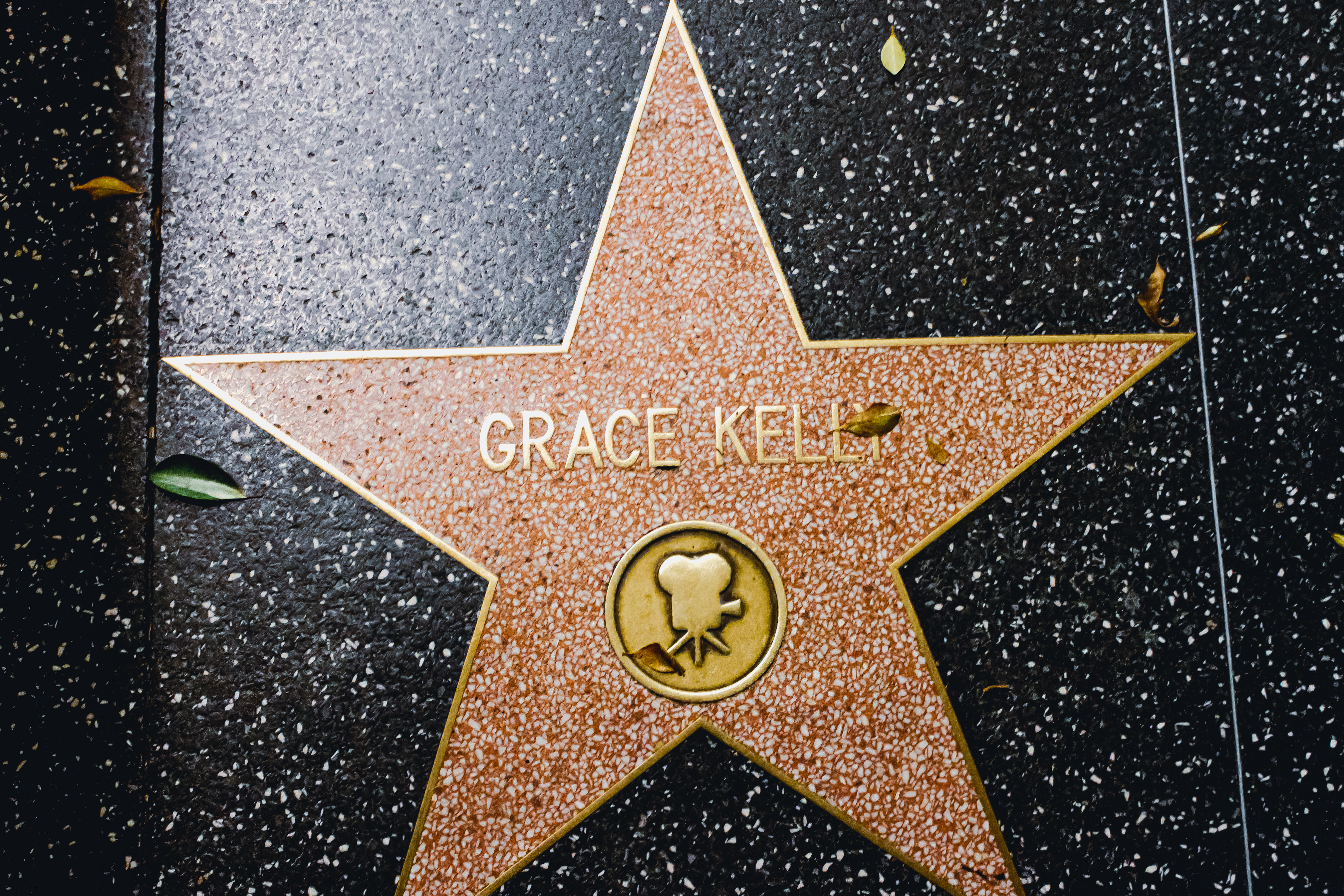 There is bonafide weight to the five-pointed markers – they legitimise so many Hollywood talents, as well as pay homage to industry greats.

A star on the Hollywood Walk of Fame, is a momentous achievement for: theatre groups, fictional characters, musicians, producers, actors, directors, and musical groups.

It can get really boring really quick though, to trail more than 2 000 brass and terrazzo stars embedded into the sidewalk

…but finding your favourite stars (like X-Files Gillian Anderson, Fresh Prince Will Smith, and smarty Jim Parsons) is a little treat, as you traverse through the packed 15 blocks of Hollywood Boulevard at night.

If a walk about is too much for your poor feet to handle, then head to where The Academy Awards (Oscars) had settled in for 10 years, before the ceremony relocated: Pantages Theatre. 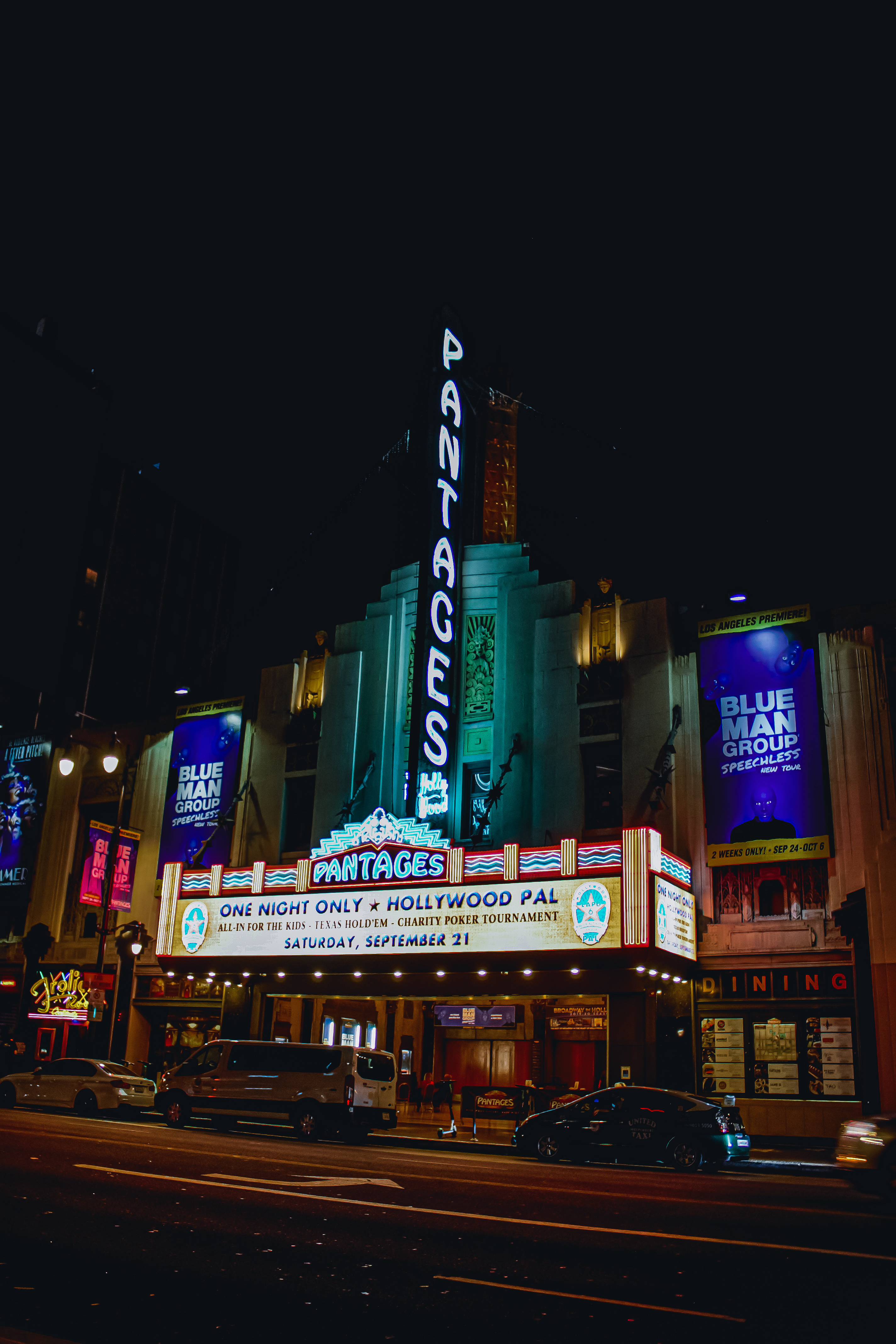 “These days it’s one of Los Angeles’ leading homes of legitimate theatre…and a favorite “location” for tv shows, movies and music videos….In the past, it has been a movie house, with live vaudeville acts between features as well as the site of many gala premieres and “spectaculars.” ” – Hollywood Pantages

Do you wanna dance with somebody?

Theatres are not everyone’s speed, so cross the road, and join the scantily-clad throngs after 10pm, to party at one of Hollywood Boulevards glamorous neon-lit clubs, Project Club LA, pumping hip hop and pop you can even enjoy street-side.

What else does LA nightlife offer a mere mortal?

How about you participate in a spur of the moment ‘Escape Room‘ where: One pay money to get locked up; And your squad can solve some clues, in order to finish and exit the space!

Escape Hotel Hollywood has well-themed decor which paints its experience, and reviews commend the place on its impeccable service. 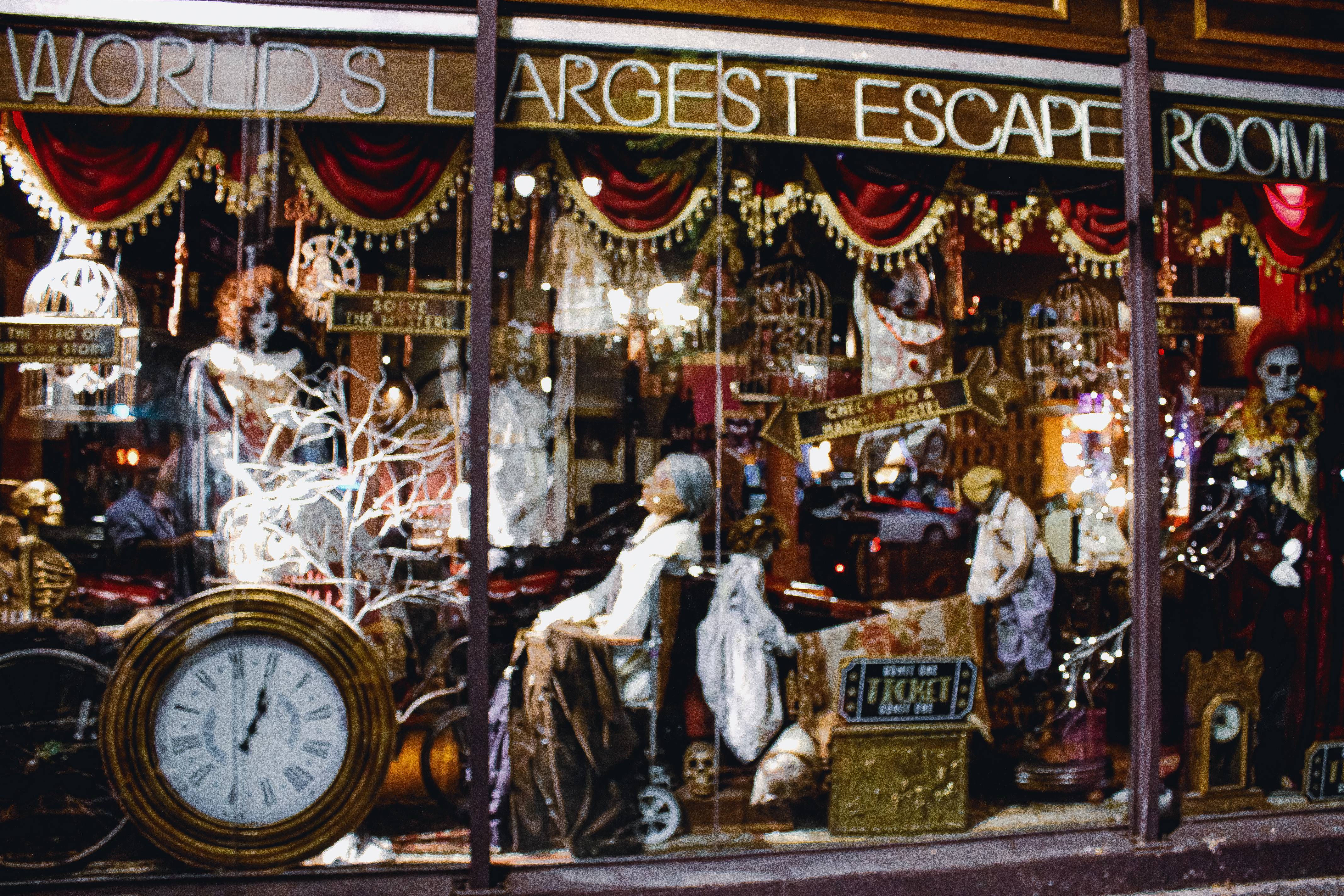 It’s biggest selling point though, is just how varied the Escape Room options are – with options factoring in difficulty levels to overcome.

You can enjoy the following adrenaline-pumping packages:

If that’s a little too American Horror Story meta-creepy for you, walk further along the boulevard and dig into all kinds of goodies sold in Food Trucks. 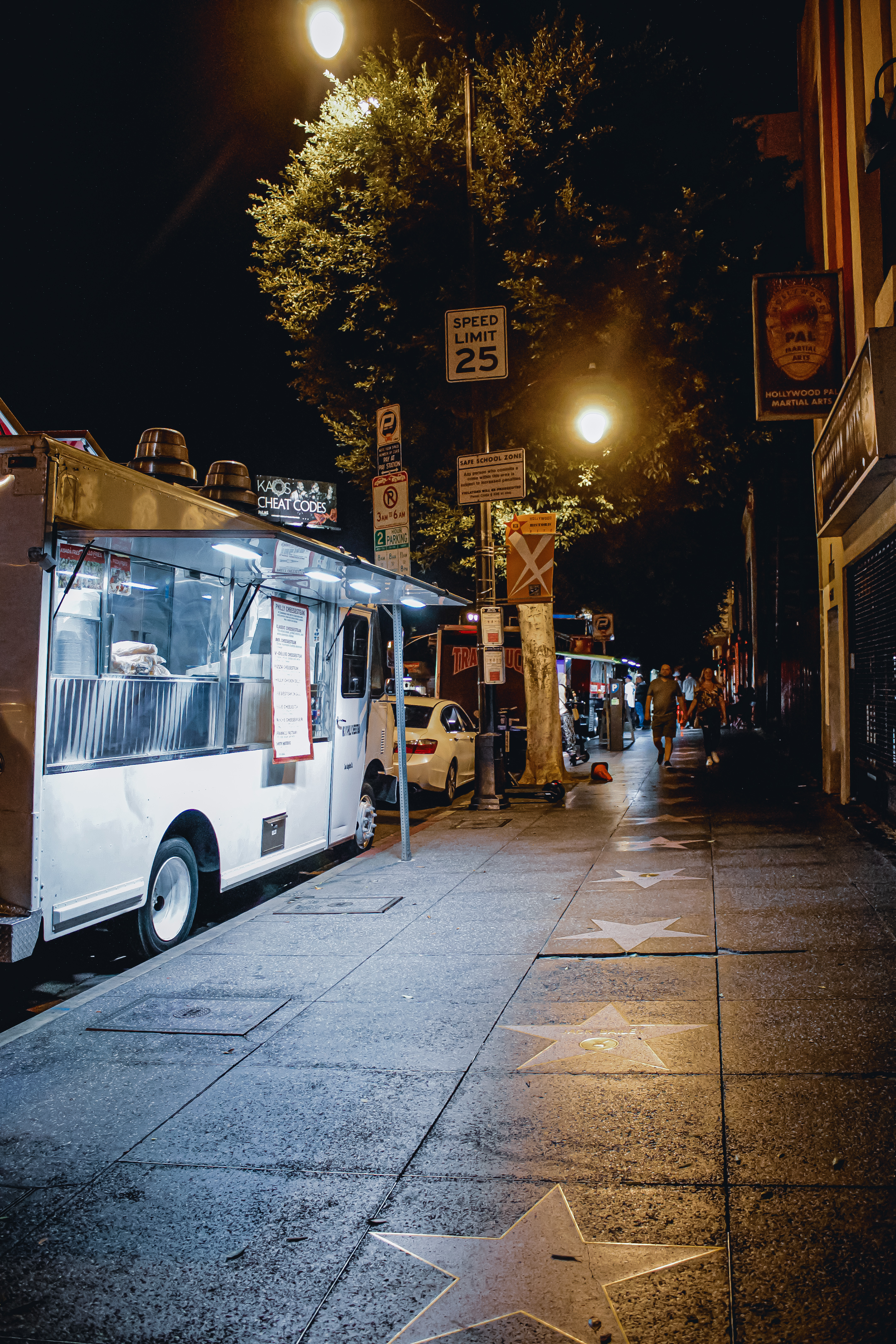 How about a bite of America, from one of the finest roaming Cheesesteak masters in LA?

I now swear by the South Philly Experience, of a generous Philly Cheesesteak “wit onions”, melt-on-your-tongue tender beef, and also laden with 3 types of cheeses.

There are other things seducing passerby’s, from the menu…but the South Philly Experience has remained steadfast in their popularity, because of that Cheesesteak.

Okay, but what if I need something a little Thugnificent?

…that’d be the Trap Truck

The Trap Truck is on the road to infamy, peddling in all things overly sugary and alternative – but ambrosia to LA’s rappers and their brethren.

“If it’s not exotic, we don’t got it” is their motto, and they have some of the best selection of fizzy drinks form around the world, that I’ve ever seen in one place.

I took home their Amber Rose KoKo Nuggs (which are 100% chocolate) though, and it made for an uncomfortable check at LAX’s TSA when I whipped out what looks like chunks of bottled weed. 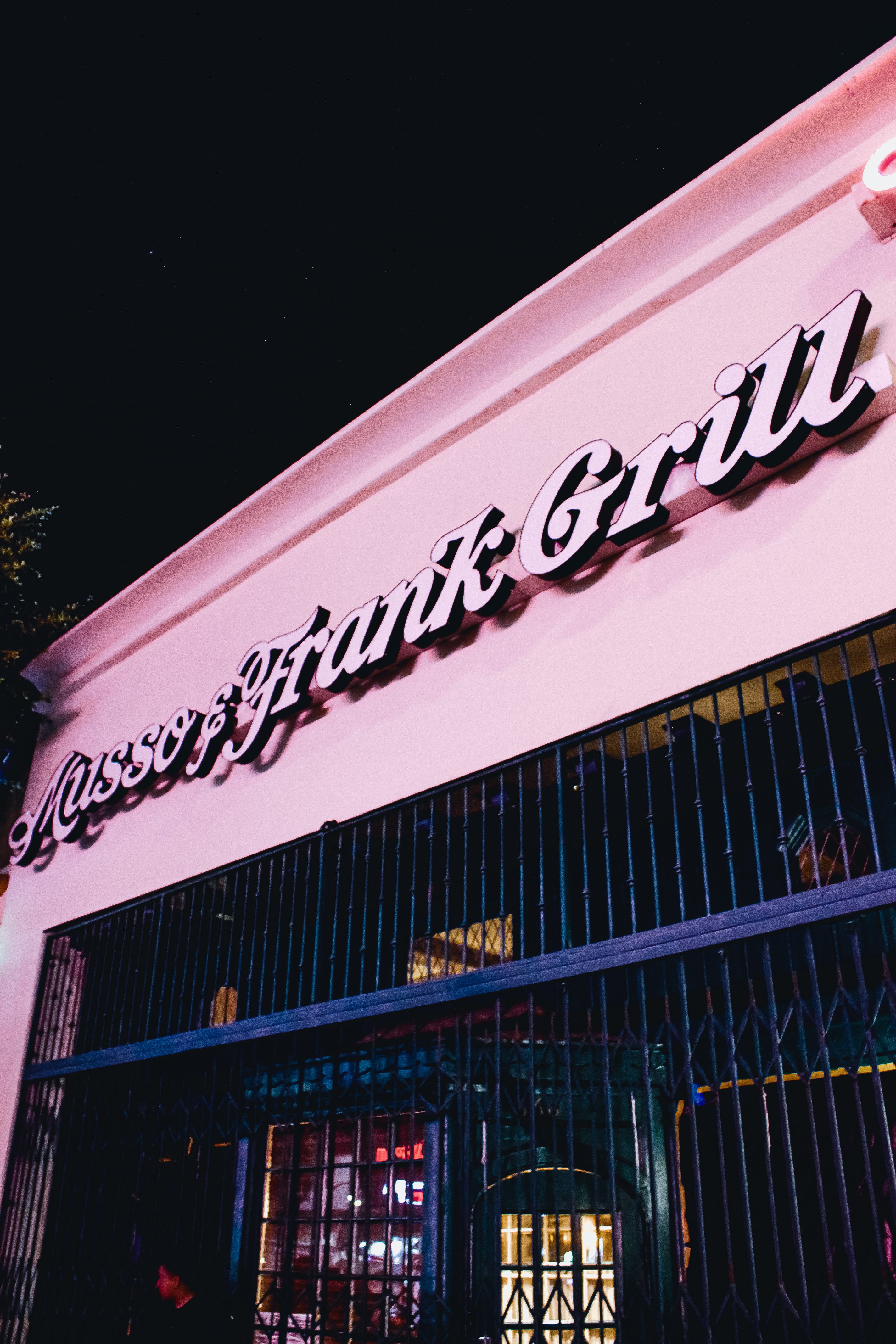 You would be forgiven for thinking its recent plastering all over news and blogs, would be because DiCaprio filmed a scene there for Tarantino‘s ‘Once Upon a Time in Hollywood’, but this is a reputable 100-year old restaurant with a reputation that precedes it.

Their Filet Mignon is the most ordered dish in the restaurants history, and UK premiere publication The Standard, whispers of actress Mila Kunis frequenting the establishment, for their Funnel Cakes.

It’s been forefront of some of the biggest blockbusters filmed in LA – see Charlies Angels or Brad Pitt’s Oceans 11 once again, for reference.

It has welcomed diners like Keith Richards, Charlie Chaplin and Johnny Depp to their tables, and their bar has seen the cultural icon Marilyn Monroe – the mandated ‘No Photos’ policy ensuring steady influxes of celebrities wanting ambiance and anonymity.

There’s lots more to see and do in LA, and I’m still just scraping the surface.

What would you get up to, if you were in Los Angeles?