Don’t let anyone convince you that there are certain things from pop culture, not worth seeing in New York.

One of the most fun things you can do, while planning your trip, is to research and map out all those spots seen in your favorite sitcoms and film franchises; to add those iconic landmarks to your bucket list, and secure tickets to celeb-studded late night talk shows.

New York is one of Hollywood’s epicenters beyond Los Angeles, and you would be remiss not to sing “Empire State of Mind” while in Times Square, smile nostalgically outside Monica’s apartment, or even to frequent the hipster hub that Lonely Boy called home, while you narrate the moment with Gosspi Girl in your mind.

I, myself, did all of the above.

I wont even hide it: I’m a pop culture fiend of the highest order.

A glimpse into my mind would only reveal a person with a penchant for viewing the world through movie tropes, so you can imagine the excitement I had when I landed, with barely a moment in my schedule to freshen up, recover from jet lag or even breathe a moment.

I got my first taste of The Big Apple, with Brooklyn – inundated with murals and graffiti on the walls of nearly every other building. The yards in this area, may also not be too large, but there is enough foliage to not feel claustrophobic in the concrete jungle.

Starbucks anywhere in the world, is a treat, if you love television and film. I loaded up on Diabetes and happiness in Chinatown, before venturing to one of the shopping districts available downtown, Chelsea, for an off-site presentation on Day 1 of New York Fashion Week.

Food trucks are as much a norm to New York City, as restaurants and celebrities. Be sure to hit up atleast one every other day –  whether on Broadway, uptown or in the other boroughs – to get a taste adventure as much as the city is one too.

I love walking whenever I play tourist, and I hightailed it form my event, through Chelsea, and into Nolita – short for North of Little Italy.

P.S: Learn the abbreviations of the boroughs of New York, if you dont want to get lost – from SoHo to DUMBO, NoMad, to TriBeca etc.

Nolita is famous for being one of the less busy areas of New York, with a reputation for being serene enough to hear yourself think while you grab a bite, or spot the Olsen Sisters shoe shopping. Because it’s short for Little Italy, you’re 100% guaranteed to overhear atleast one Italian reminiscing about the good old days.

I was excited to gorge myself on what is known as New York’s best Pizza spot: Prince Street Pizza.

Best pizza in town, apparently. I give it a 7/10. It's good. Their signature pepperoni pizza is oily, but all the more scrumptious for it. The pepperoni is seasoned so well, you can actually discern its well-made texture and flavour in a single, cheese-light bite. #princestreetpizza #nomnomnom #foodie #newyork #lifestyleblogger #pizza #princestreet #nyc #photography #captured #pizzas #pepperonipizza #SoHo #sohosquare #food #instaeats #nolita #pizzawars #eat #lunch #foodlover #pizzaparty #getinmybelly #yummy

If you are ever fortunate enough to get the VIP New York experience, make Park Avenue one of your spots to visit. After getting to experience the rich and eclectic modern/historic Gramercy Hotel, I was allowed access into the highly restricted (Gramercy Residence Only) Gramercy Park…and snapped this picture while enjoying its tranquility.

Get on a train and head right to Midtown, to find “that one place” where they filmed “that thing”, and designer shops like Victoria’s Secret and Christian Dior. I discovered St. Patrick’s Cathedral while walking from the subway, where the baptism in ‘The Godfather’ took place and where ‘Gossip Girl‘ staged some memorable scenes. 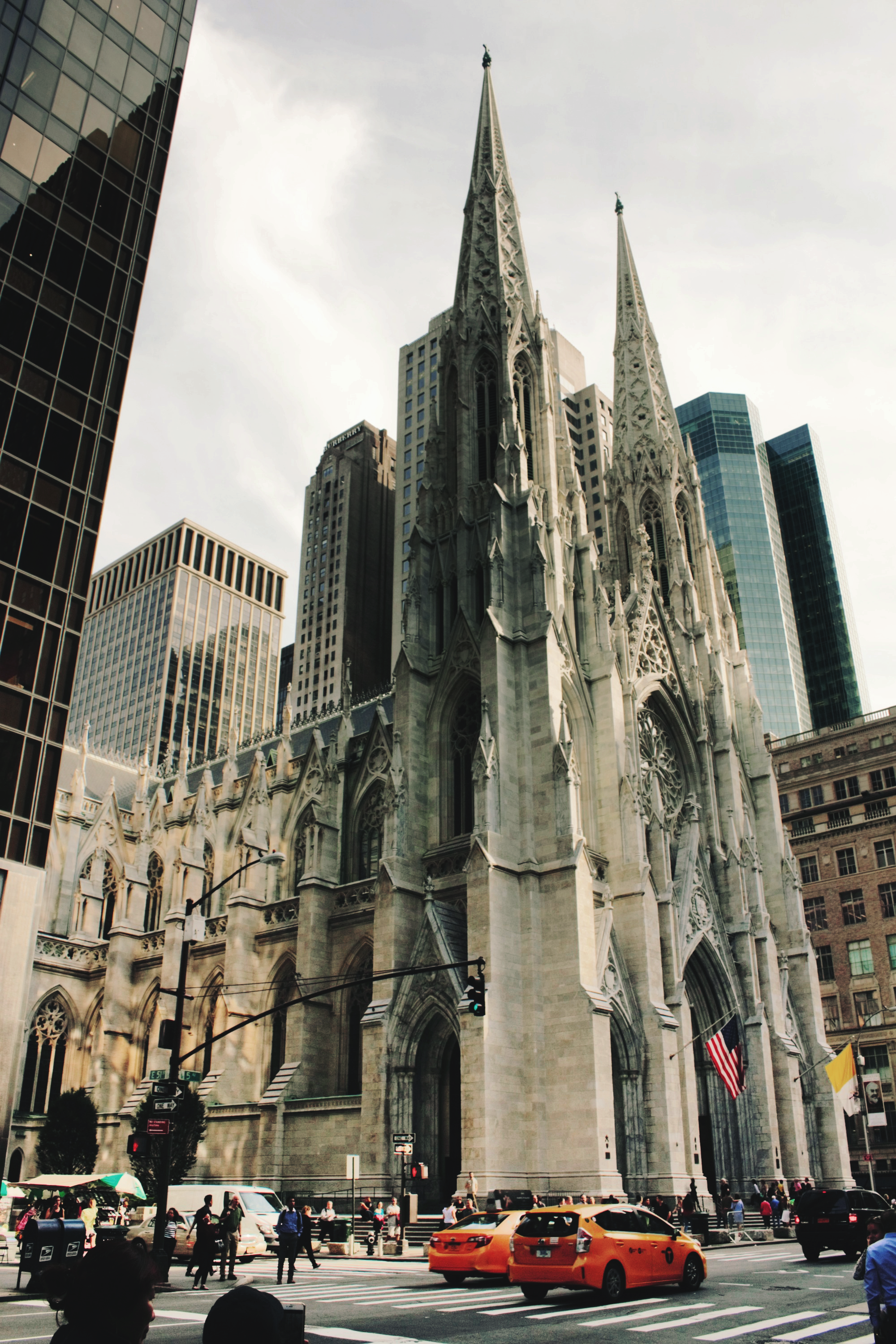 A few steps to the side, and you’re in Rockefeller Plaza where hit comedy show ’30 Rock’ is fictionally based.

This is where you can find the Rockefeller Center, and Radio City – Audrey Hepburn’s ‘Breakfast at Tiffany’s’ opened here, and it has also seen iconic performances by Ella Fitzgerald and Celine Dion. You will also find the headquarters of the NBC studios here, where you can save your travel budget by queuing in the standby queue stationed in NBC’s official merchandise shop, to get to see the taping of The Late Shows with Jimmy Fallon or Seth Meyers. Yay!

Stay tuned for more tourist hotspots I stepped through.