I recently got to catch Mila Kunis and Kate McKinnon’s latest romantic comedy spy film, ‘The Spy Who Dumped Me‘.

Without revealing too much, I thought that the film, produced by Erica Huggins, was an ordinary girls flight of fancy, done right.

It spoke to the average persons occasional wanderings on exactly how you’d deal with being thrust into a spy film with all the fixings.

The comparisons, and negotiating Hollywood’s one-dimensionality

I think we owe Melissa McCarthy a boon for her successes in screenplay writing and comedy filmmaking, as she’s played a significant part in showing the world how you can make bank on woman who don’t fit the archetype Hollywood mold, playing central protagonists & antagonists with different narratives, in action films.

‘Spy’ and ‘The Heat’ are only two examples, in a growing list to enjoy.

‘The Spy Who Dumped Me’ tried, occasionally, to take itself seriously, and perhaps stand a sliver out of the shadows of spy institutions like ‘Charlie’s Angels’ and ‘Mission Impossible’. Critics will likely decimate the film on the standards of such big budget spy films, but that would be unfair, and a really redundant critique in an age when reviews should account for the new normal of dynamic audience needs.

Sometimes you want to watch a film for all of the cheesiness.

Purely smart films you’re to intently focus on, cant always be enjoyed randomly. You’ve got to be in a specific headspace.

…and PRESTO! A comedy action film.

I sat in the cinema predicting most scenes well in advance – which would have ordinarily irked me – but because I was in the mood for predictable comedy & sweet, action scenes, I cosied up to the excess of its predictability.

Okay, here’s the surprisingly cool thing about ‘The Spy Who Dumped Me’: It’s everyone but stereotypical leads Mila Kunis and Justin Theroux, who keep you really intrigued in this film.

Everyone is beautiful to look at, for sure…but it’s our distrust of everyone but Mila & Kate’s characters, which lends to the beautiful espionage individuals hubris being confusingly endearing to audience members.

We hate how they operate, but the failings of their intelligence agencies and criminal organizations showcase cracks of the redeemable (somewhat) human within.

He who must die

That being said, I’ve maintained a steady crush on funny man and The Daily Show correspondent Hasan Minhaj, for the longest time…but I’d have derived sweet pleasure from putting a bullet in his character myself.

The character is such a departure from regular him, or stand-up comedian him, that I am not having it!

What the film managed to do was somehow widen & wear in the lane of the re-imagined spy comedy – with  some female tropes that made male spy films successful through the decades, being trickled in, on a funny dish best served with quirky one-liners, over-the-top situational comedy, and woman of far different sensibilities being more than mere bombshells.

‘The Spy Who Dumped Me’ is not the best film out there; It is not even the best action comedy spy film of the decade.

…But damn if Kate McKinnon isn’t the addictive draw you cant help but shell out money to witness in all her comedic glory. Her character is the most well-rounded in the film, with a background which – for once in a comedy film – better serves the overall plot throughout the entire film.

Why you need to see it in cinema

The Ukranian actress is a frikken SCENE STEALER!

Her sadistic torturer/assassin/model/gymnast character literally looks and feels like she stepped off the Zoolander set, and proceeded to slays looks, runways and people, with serene and terrifying ease.

The character she believably plays, would be comfortable in an action film, as much as they could darken a drama, or take the helm chillingly, in a horror film.

And her character only had a few lines.

Besides Kate MicKinnon’s hilarious fangirling at Gillian’s character being an espionage feminist icon, Gillian quietly owns everyone and everything under her purview as long as she is on-screen.

Fans of X-Files spend minutes wondering whether we’ll get a meta reference to her career-making television show and the feminist ‘Scully Effect’ her character positively had on STEM fields. It doesn’t happen, but that’s Anderson’s victory – you’re entranced wholly by her.

Okay, I’ve been calling him ‘Hottie McHotterson-Skarsgard’ because: “Is it just me, or were you also (thirstily) wondering whether he’s a missing member of the Swedish-born Hollywood acting Skarsgard dynasty?”

Dudes hot like burning, and can deliver a line while engaging in intensive physical comedy. I can ask for nothing more right now. I am…satisfied. 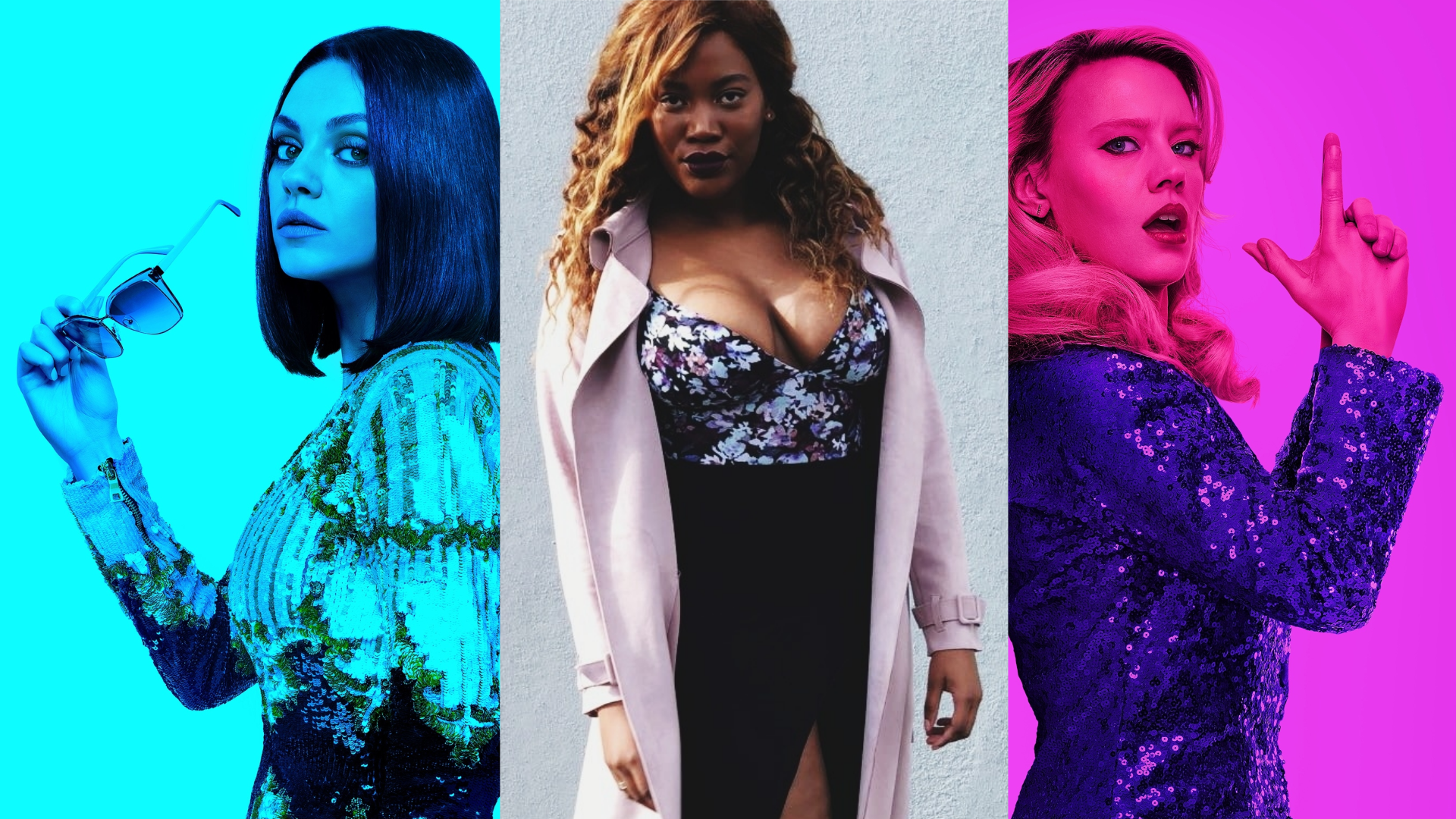