The drinkery I literally happened upon while walking off scrumptious gourmet Gjelina restaurant food, is known as one of the most Instagrammable Macha Shops, in America.

The native New York green tea company, has 3 shops which draw hoards of on-the-go youth and adults alike – even world-class actor Leonardo DiCaprio & models Gigi Hadid and Kendall Jenner, head to one of the hip New York branches, for a hit.

The franchise decided to expand and rebrand beyond the Big Apple’s towering metropolis, and so: West Hollywood got its first taste of their unique drinks in 2018, while the coolest block in America, Abbot Kinney Boulevard, got theirs only this year. 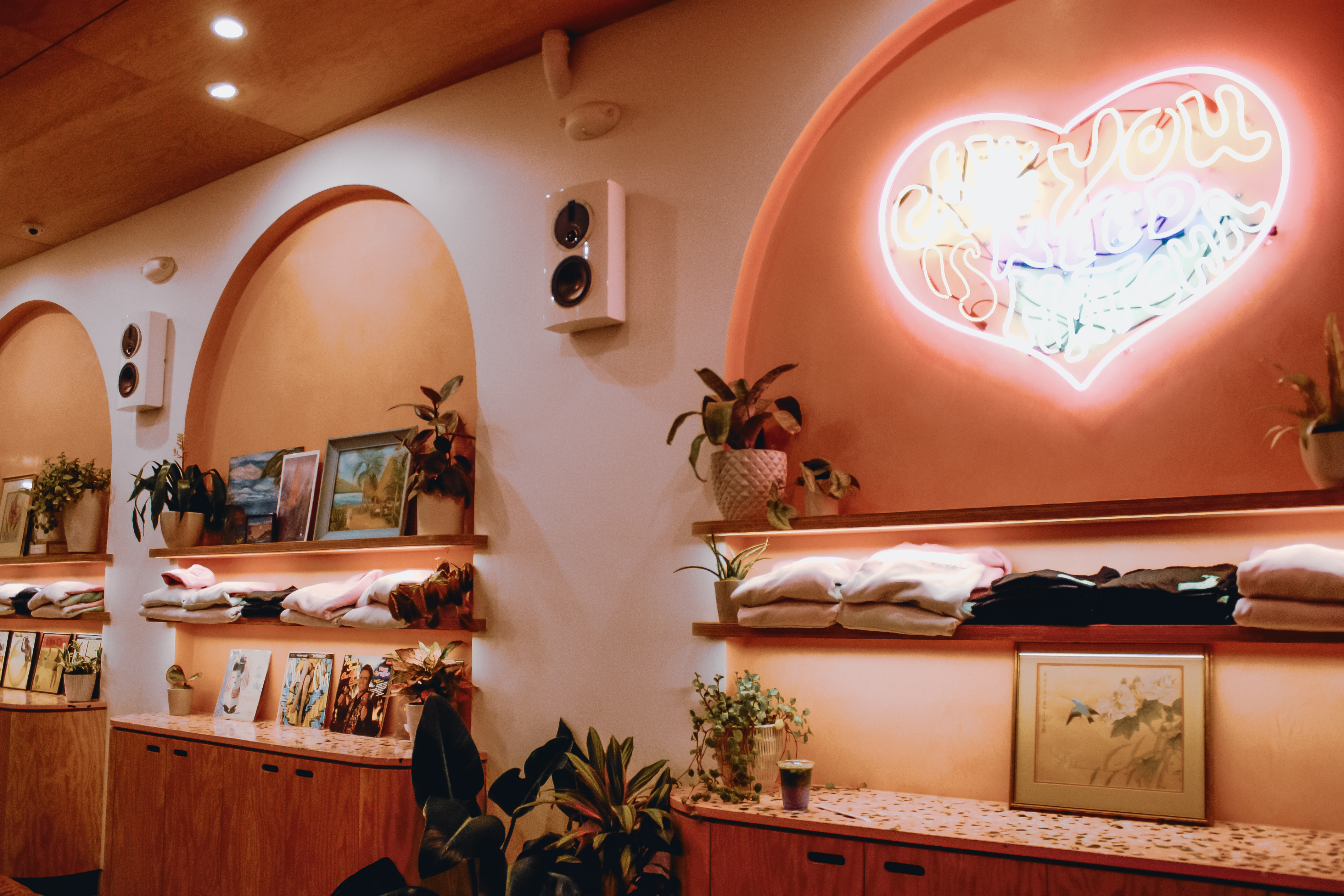 “Matcha is the answer for hours of calm, clear-headed energy. It contains caffeine, a high concentration of L-theanine and way more antioxidants than regular green tea. In fact, matcha outshines the top antioxidant-rich foods out there.” – Cha Cha Matcha

I was drawn to the ridiculously colourful shop, as its neon pinks draw passerby’s like a moth to a flame. 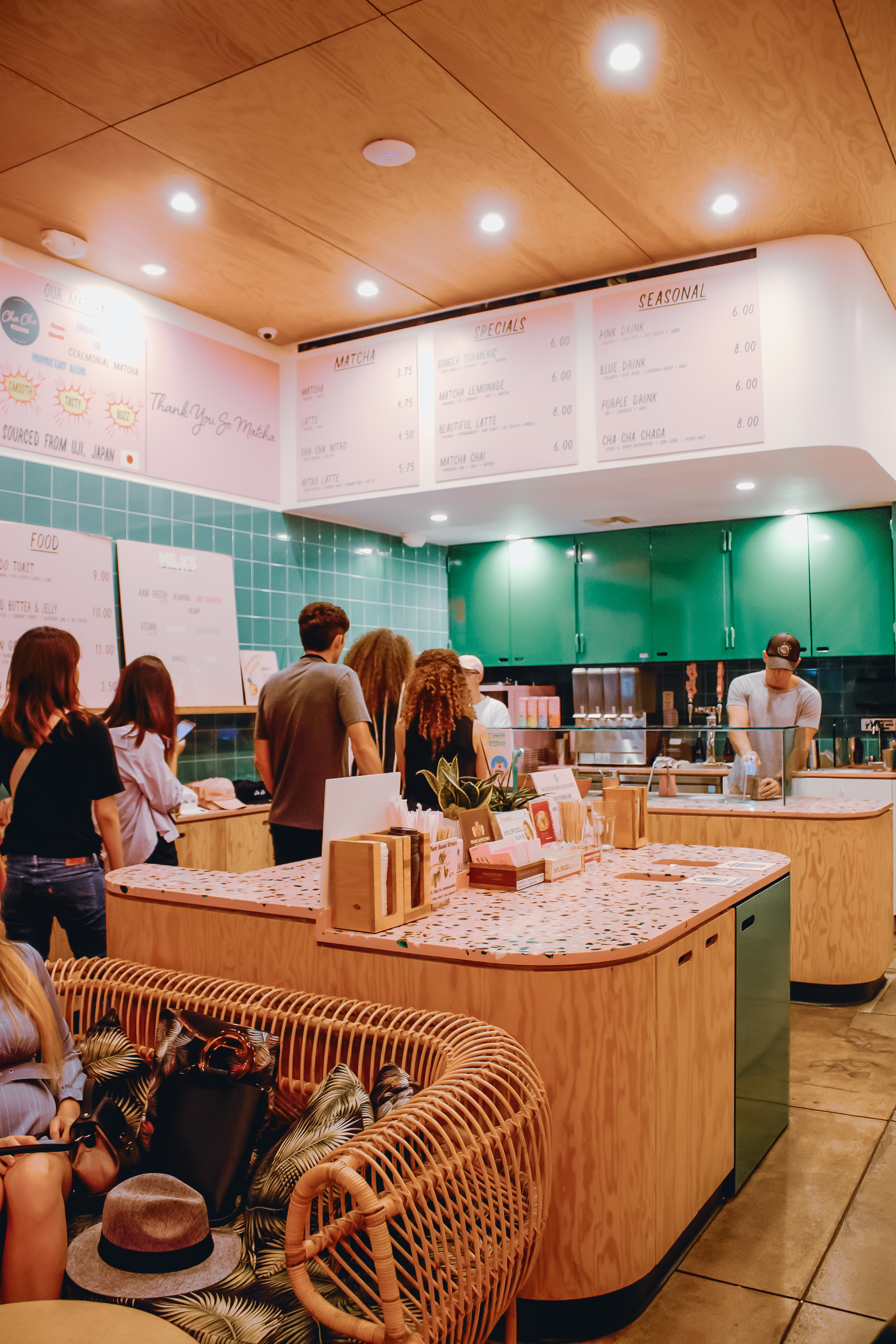 I’ve heard of Matcha, but had zero inkling to find out what it was

…because naturally, I would then proceed to be duped out of so much of my money, falling into the tasty Instagrammable healthy ‘hype in a cup’ trap.

It turns out that the matcha shop I happened upon, had another way of locking into my disposable income: cannabis and fashion!

Drinks at Cha Cha Matcha, are infused with CBD (Cannabidiol). The benefits of infusing CBD into drinks, is that drinkers could reap medicinal benefits, like a reduction in anxiety and stress…but without a high (bummer!). 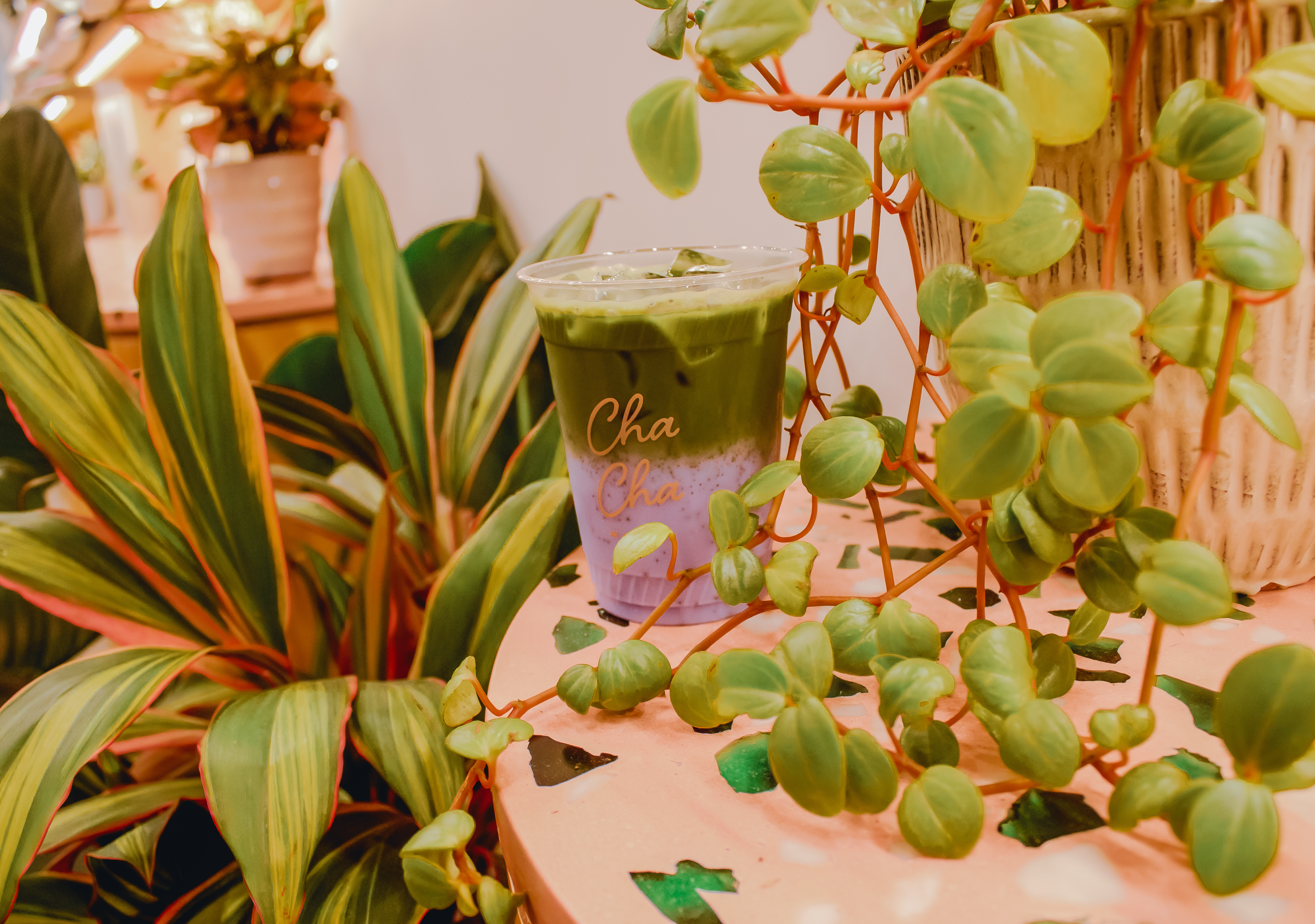 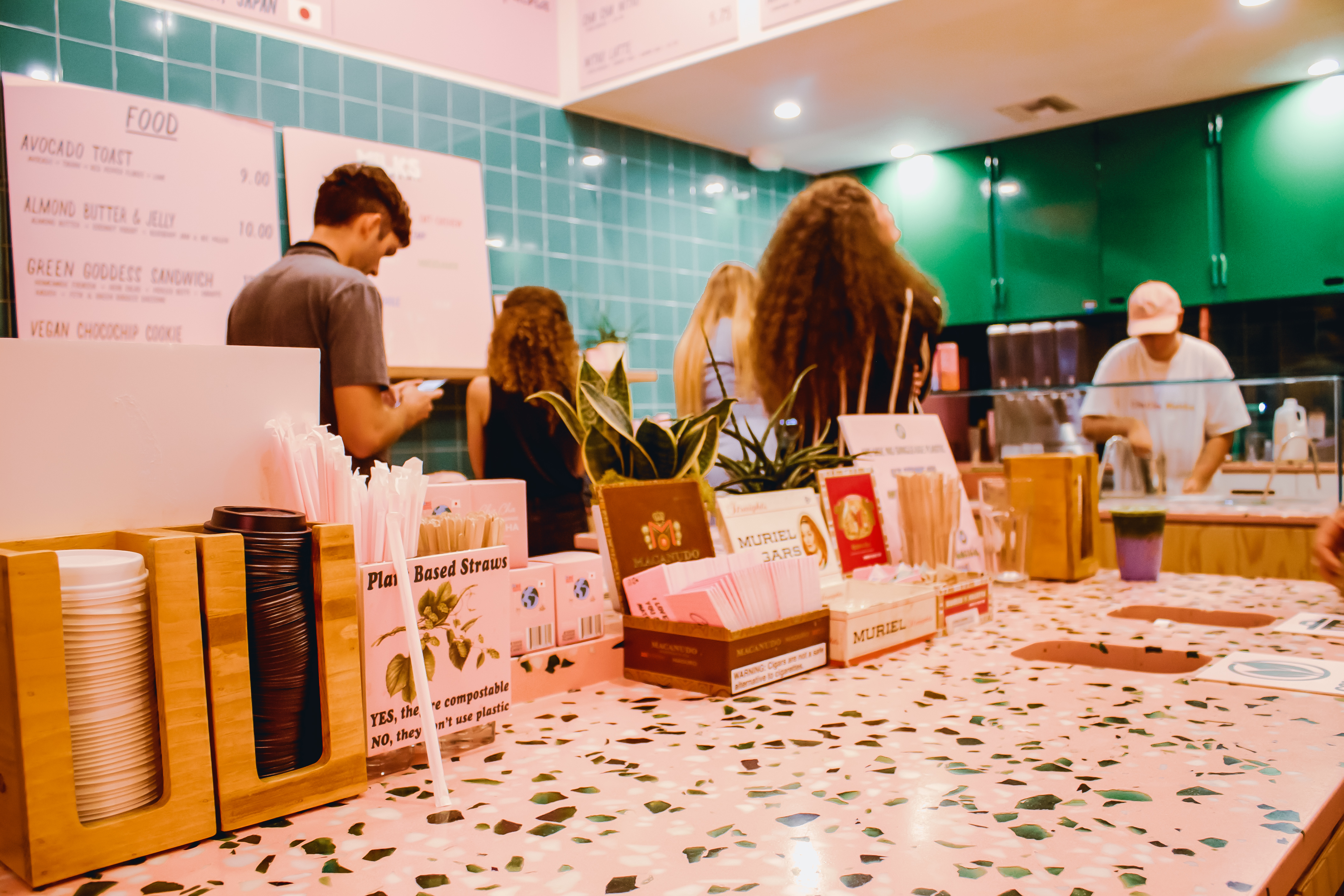 Honestly, if Cape Town had a Matcha shop, I’d probably stay alternating between it and Starbucks, for all their goodies!

BTW, for the drinkables at Cha Cha Matcha, I actually do have a recommendation: The lavender CBD matcha ($6), with Almond Milk, Matcha, L-theanine, Lavender, and CBD. 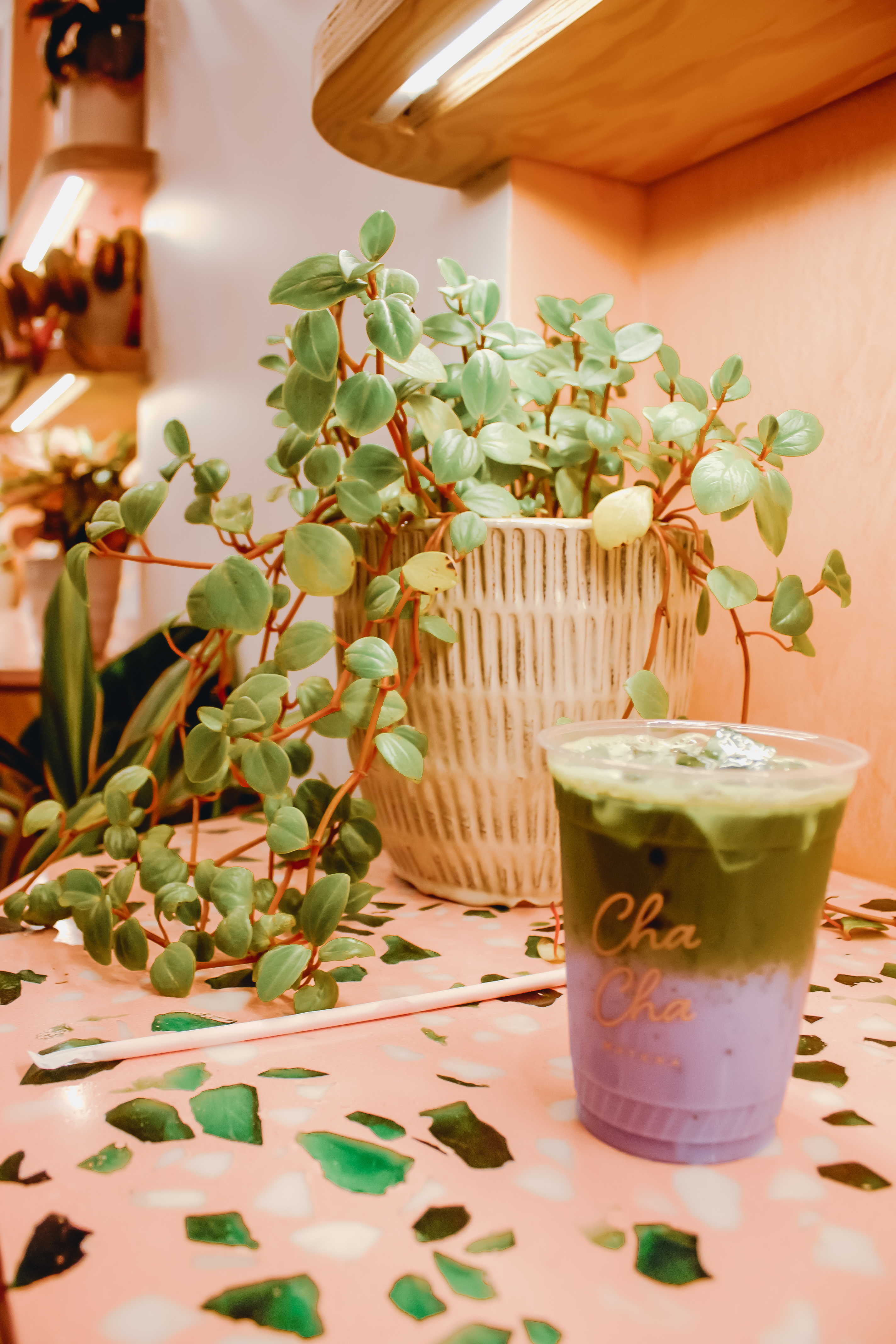 If you ever find yourself in a position to try Matcha Latte’s, do order! They’re frikken amazing… Cha Cha Matcha converted me.