You can literally drink, play, charge, and be merry. 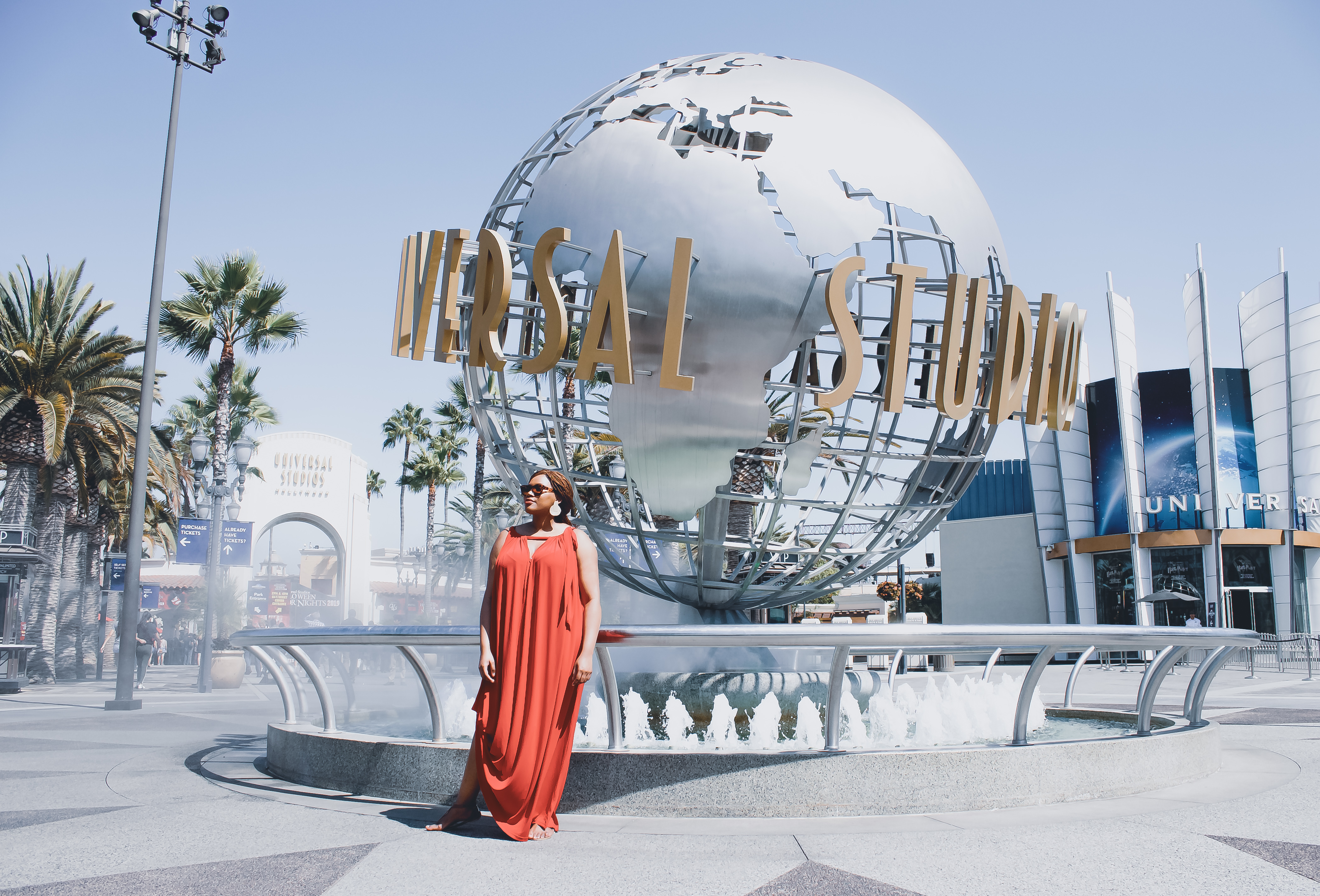 For those unfamiliar with the significance and sheer scale of this mega studio: Universal Studios Hollywood, is where film franchises like Jurassic Park, Jaws, Minions, King Kong, Fast & The Furious, Transformers etc. continue to shoot their cinematic magic.

Besides the actual amusement park (which has both an upper and lower lot generously spread out), there is:

This place has an 18-screen cinema, and 7-storey IMAX theatre among its repertoire.

The location is one of the biggest in the world – proven by how the 415 acre property, maintains its own area code, as Universal City.

Universal Studios Hollywood is made up of multiple and layered adventures, which is why I consider it ‘Disneyland for Millenials’.

I’m so tickled to have toured the vast studio spaces over two days (as 2-Day Ticket pass deals are available on their website, for $149 ), and would have not survived the hot day and distances, without my gorgeous and comfortable Erre Myri Dresses. 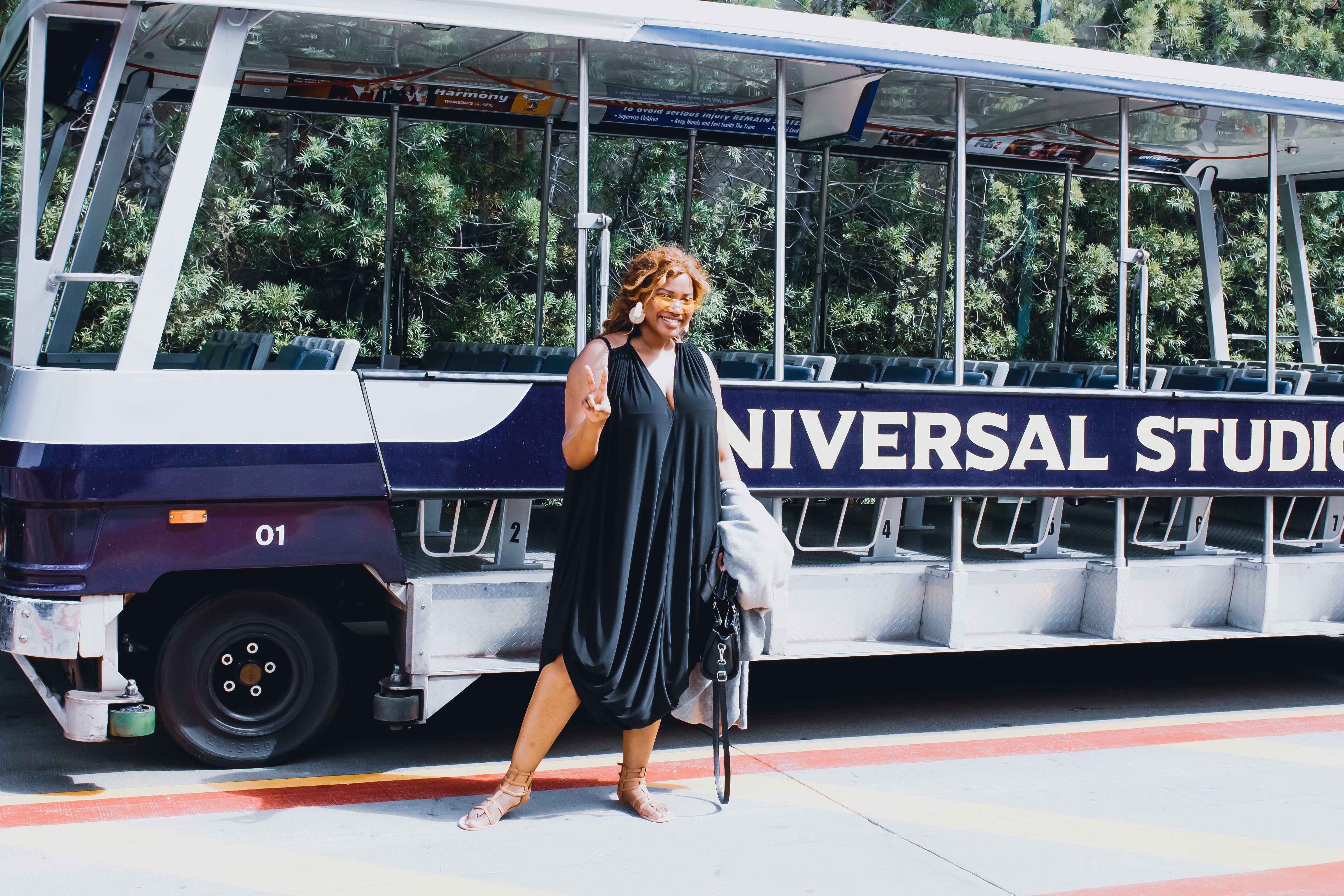 I don’t want to give everything away – that is for my Instagram Stories – but here are a few highlights of the tour: 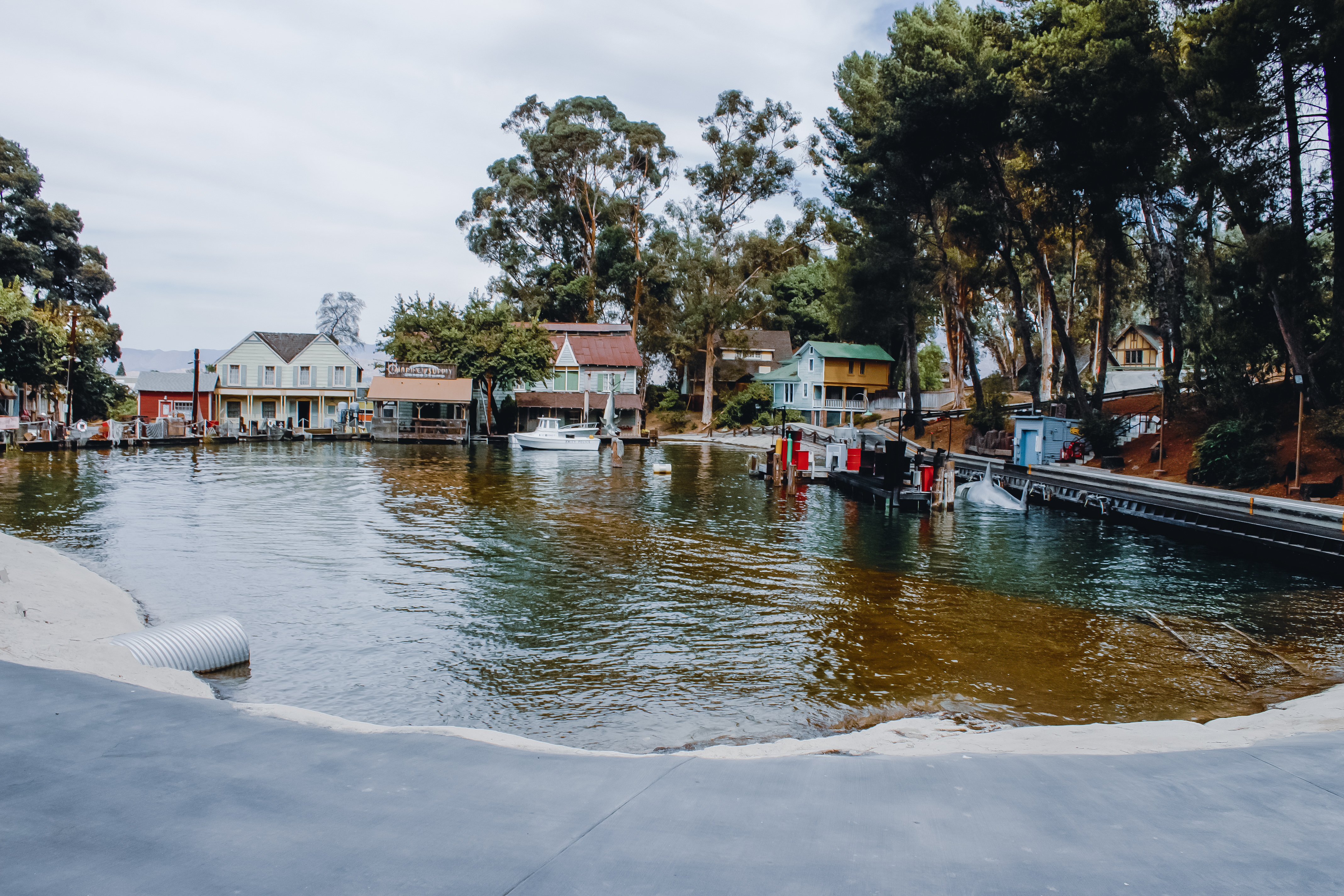 Steven Spielberg has a career spanning more than 4 decades, and has been a staple director & producer (and park creative consultant) within the world of Universal, for so long that he has a park street dedicated to him.

Successful though Spielberg films have been, such as E.T. and Schindlers List, it was 1975’s Jaws which catapulted him into cinematic history and set him up early, as a household name.

Jaws is ofttimes considered the ‘first summer blockbuster’, and was received well by critics and audiences around the world.

Universal Studios Hollywood kept most of the original animatronic sharks, the iconic ‘Orca’ boat, and set design from the film.

Visitors to the park, are driven through the New England resort town, that’s been a tour stalwart since 1976

…and (No Spoilers! But…)are given a little immersive experience along the way, that I pretty much scream-giggled though. 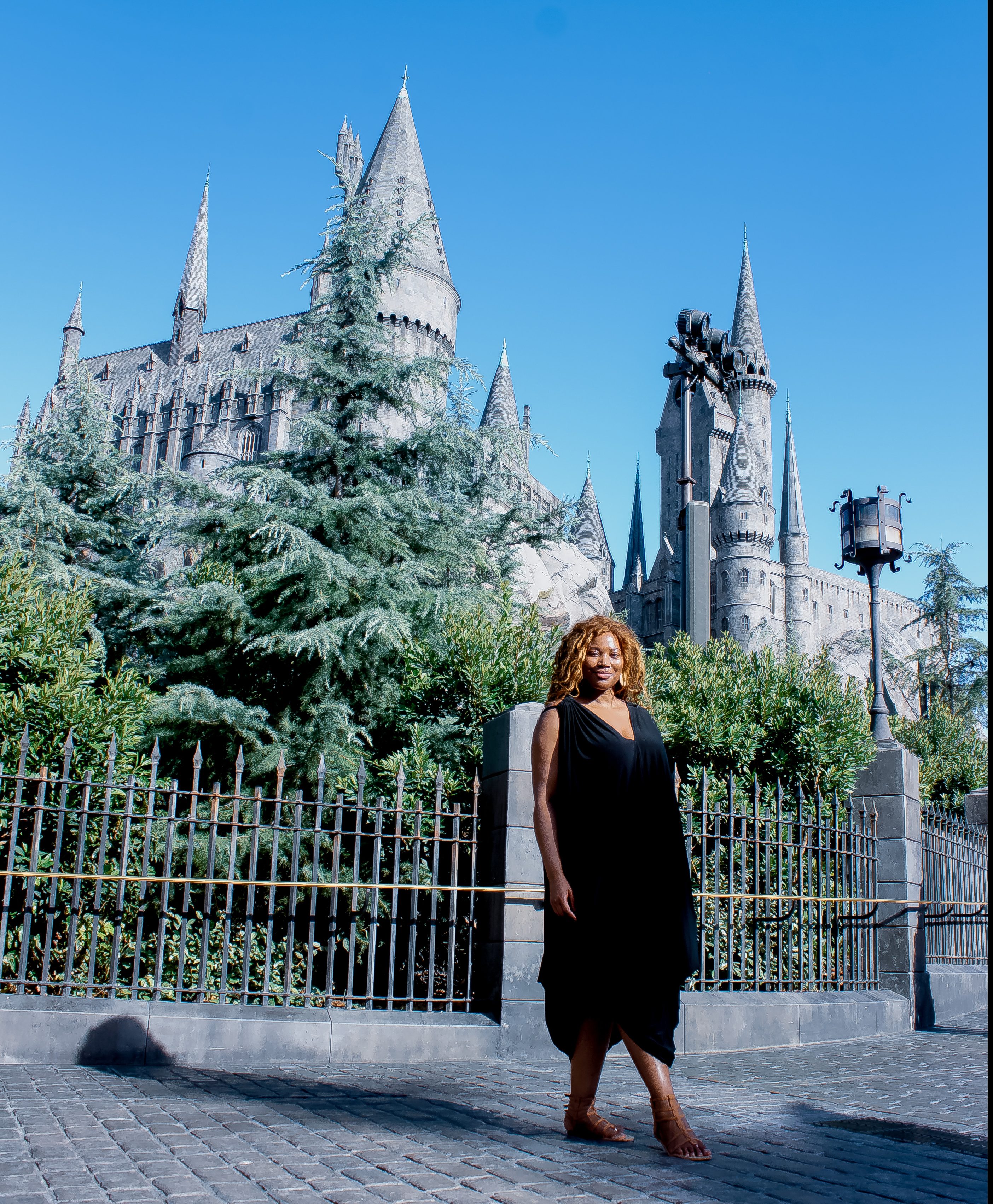 I once wrote a love letter to the world of Harry Potter.

A childhood spent traversing through the world of magic, made for a most compelling & comforting companion.
I owe some of the happiness of my youth, to the thousands of pages that captivated my mind, and warmed my soul.

Getting to walk through Hogsmead and Hogwarts, both in London and Los Angeles, was nothing short of a delight each time.

The Harry Potter World at Universal, is incredibly detailed, and offers up a more than substantial taste, of what not being a muggle would have been like. Visitors can shop for their wands and robes, greet Buckbeak while soaring trough the skies, enjoy Honeydukes sweets, or simply indulge in Butterbeer.

There is always time for a selfie, and guests get to indulge in ridiculously immersive magic moments (once you’ve braved the hoards of fellow HP lovers queued up) with franchise favourite locales and characters – within the Hogwarts grounds, and outside it too. 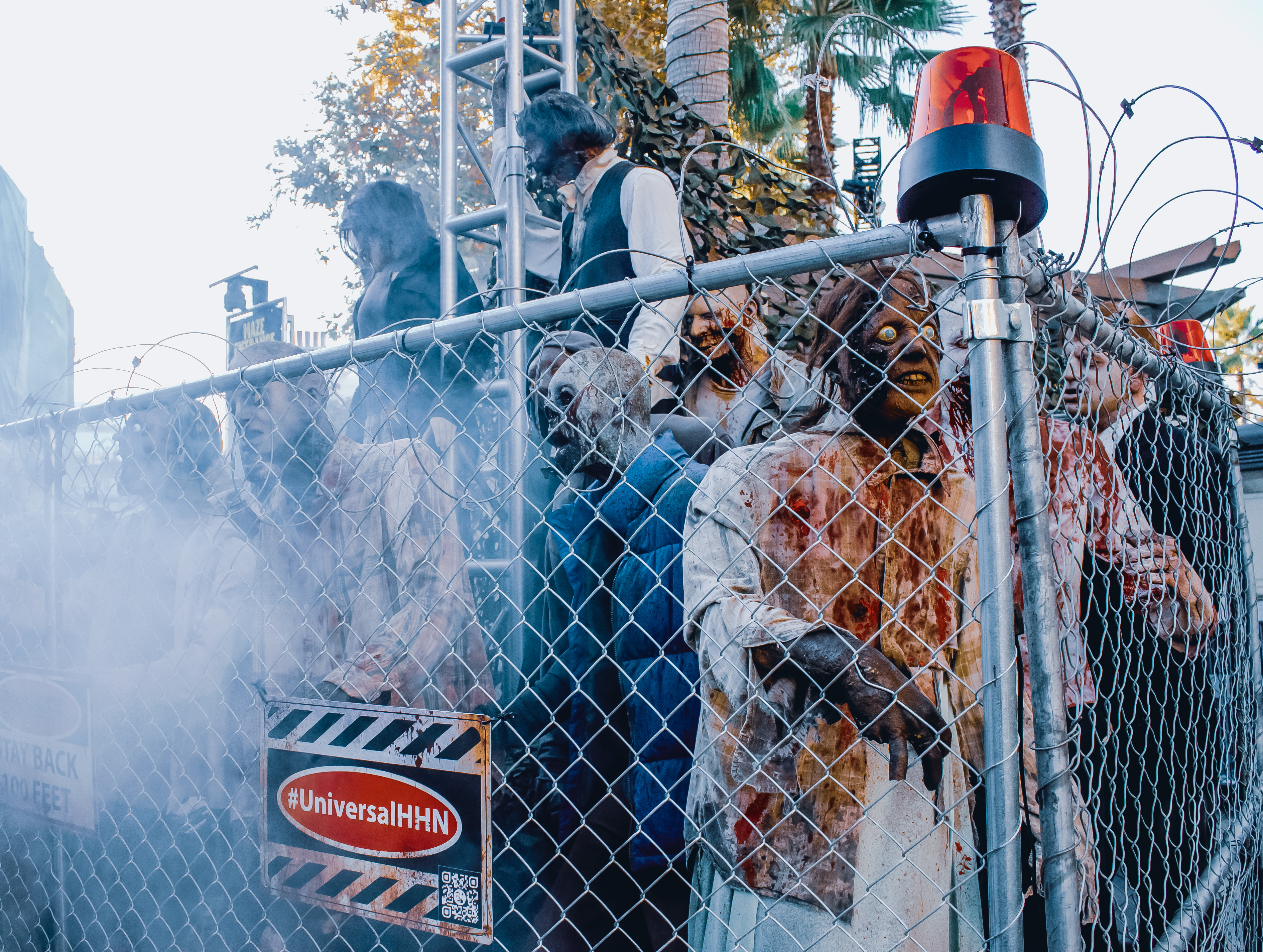 Let it never be said, that Universal Studios, is a one-trick pony.

Since films and television shows come and go, the studio spaces and streets, have a constant rotation of productions – one of which, is the hit AMC zombie-apocalypse show The Walking Dead.

Universal Studios Hollywood doesn’t have a permanent installation for the show…but since I visited around fall seasons Halloween, I got to get up close with zombies.

Universal runs a Zombie Walk event throughout Halloween, where people basically pay to have zombie’s chase them around the park.

It’s a really great way to ensure the park isn’t just visited in the summer. 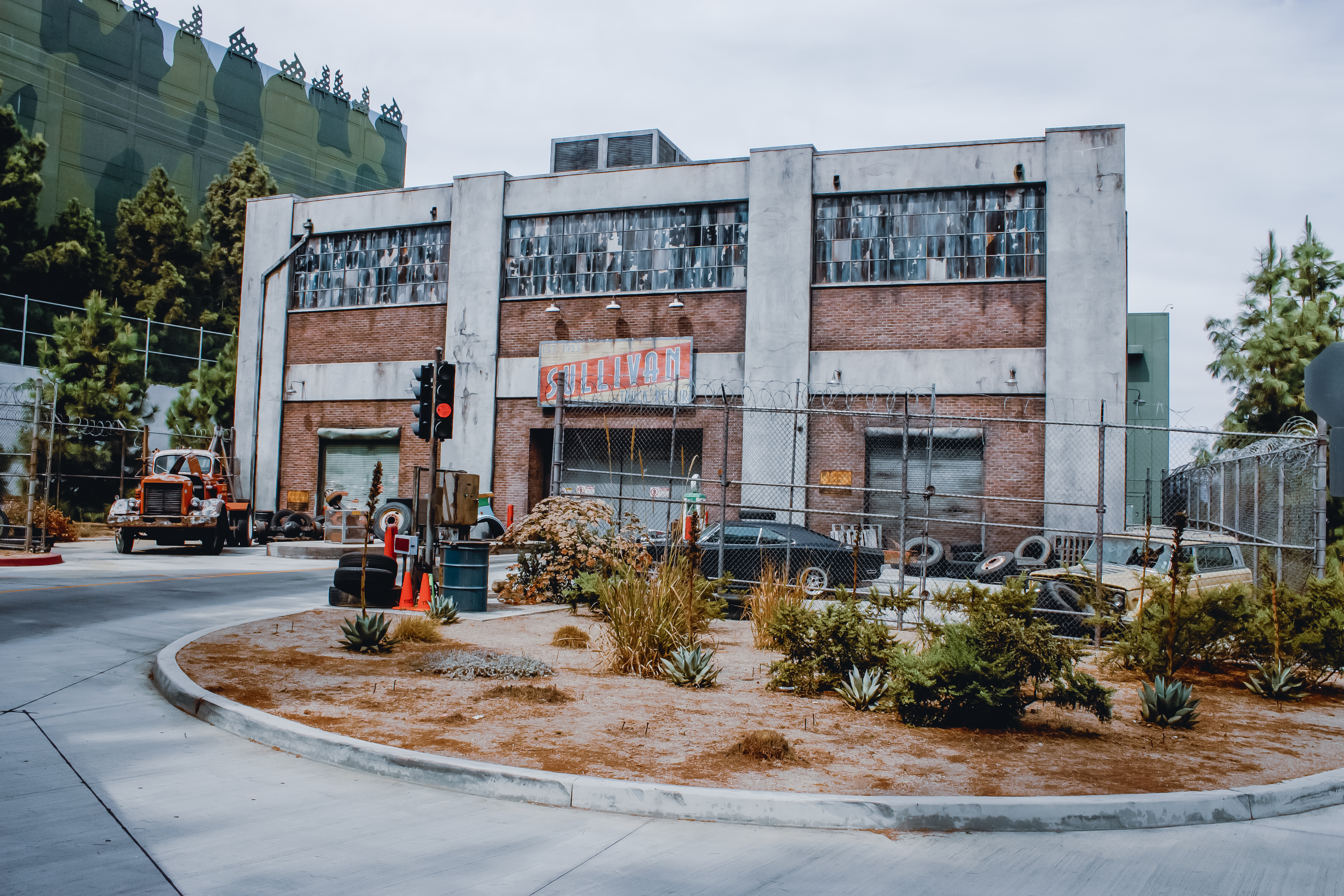 You do not have to be a Millennial, to enjoy the adrenalin high of this celeb-studded movie franchise, starring: The Rock, the late Paul Walker, Tyrese Gibson and more.

Visitors to Universal Studios Hollywood don’t just get to see one of the many spaces that Dom and his family exist in, but get up close views of some of the stunning vehicles which rev through our screens.

There is also an attraction here, called ‘Fast & Furious: Supercharged’ – a grand ride staged for visitors, where we are thrown into hiding and then running away from one of the films recent villains.

I didn’t give anything away about the ride, because while critics may note a flaw here and there, most guests (myself included) have raved about the 3D and sensory motion experience.

WHAT ELSE IS NOTEWORTHY?

The Bates Motel, The Exorcist, King Kong, The Voice, and more…

I could take you through each corner of Universal Studios Hollywood park, but much of it needs personal experience – not because I do not have the words, but this is one of the places one gets to grab a map, and tailor-make their own experience as they go. 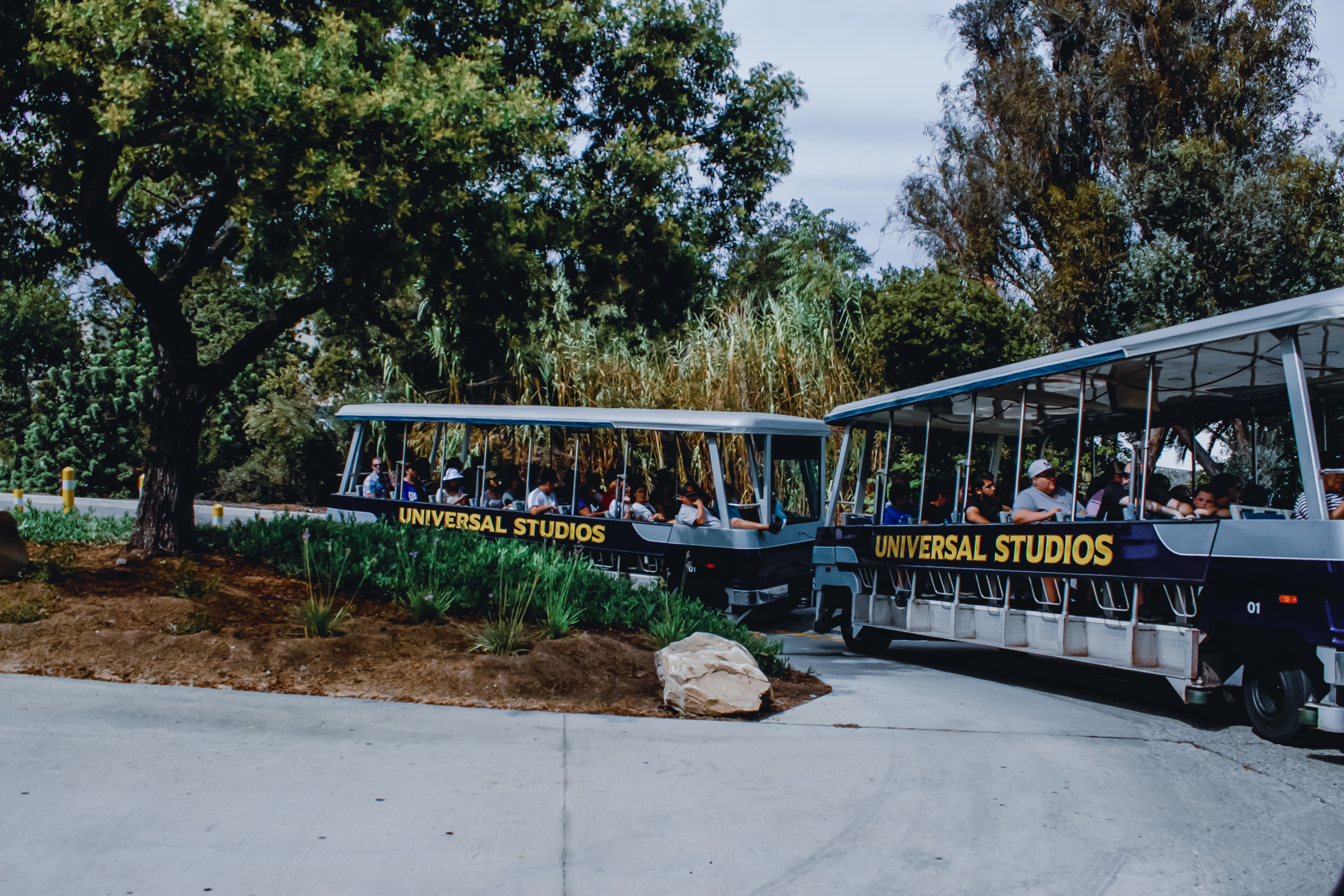 Some would be excited for the horrors, while others are intrigued by the sneaky Jurassic World elements.

When are you next going to have the opportunity to dress up as a Minion, and traverse an obstacle course?!

I know kids who would love the design & colours of the Whoville (The Grinch that Stole Christmas) set, and millennials who’d readily embrace this childhood nostalgia. 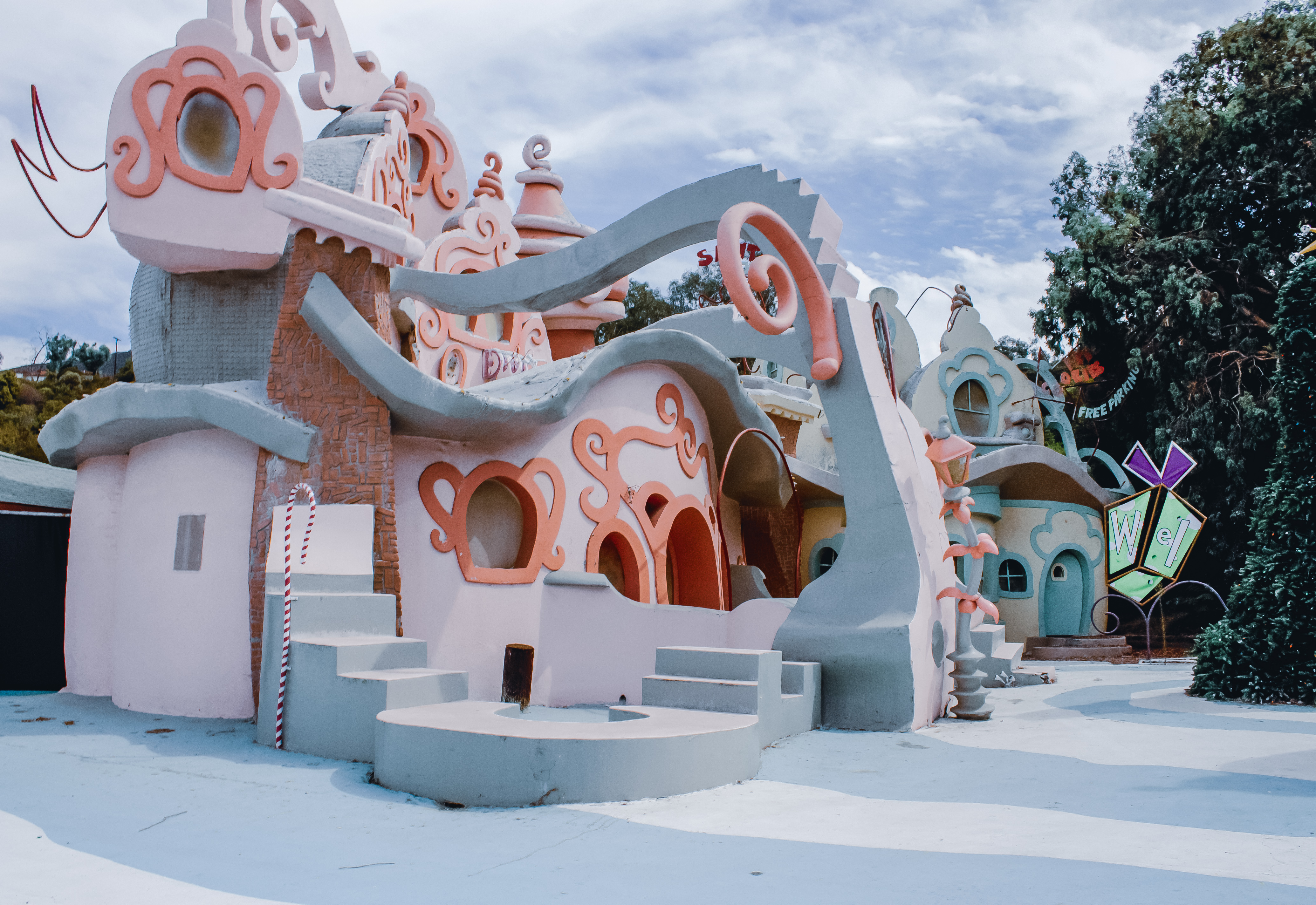 I know a fair few of my friends would die to ride the Transformers ride, while I got my exciting first taste of a Rollercoaster, from The Mummy‘s enigmatic Egyptian-themed temple ride.

The tram tour at Universal Studios alone, is extensive and flippin’ brilliant!
I am still in awe, of just how much realistic set design, is actually involved in blockbusters.

These are active sets guys…with like, functioning homes and vehicles.

Universal Studios is current, and constantly changing itself to suit the fickle entertainment tastes of people from around the world.

They have made sure to have a hand in producing cult classics, rebooting favourites, and artfully directing audiences into a new era of funtainment.
Amazing 😯✨

Frankly, the City of Angels is as amazing as advertised – in every cookie-cutter TV show, and every gritty Tarantino blockbuster.

By my recommendation: Make Universal Studios a priority, when you head to Los Angeles. 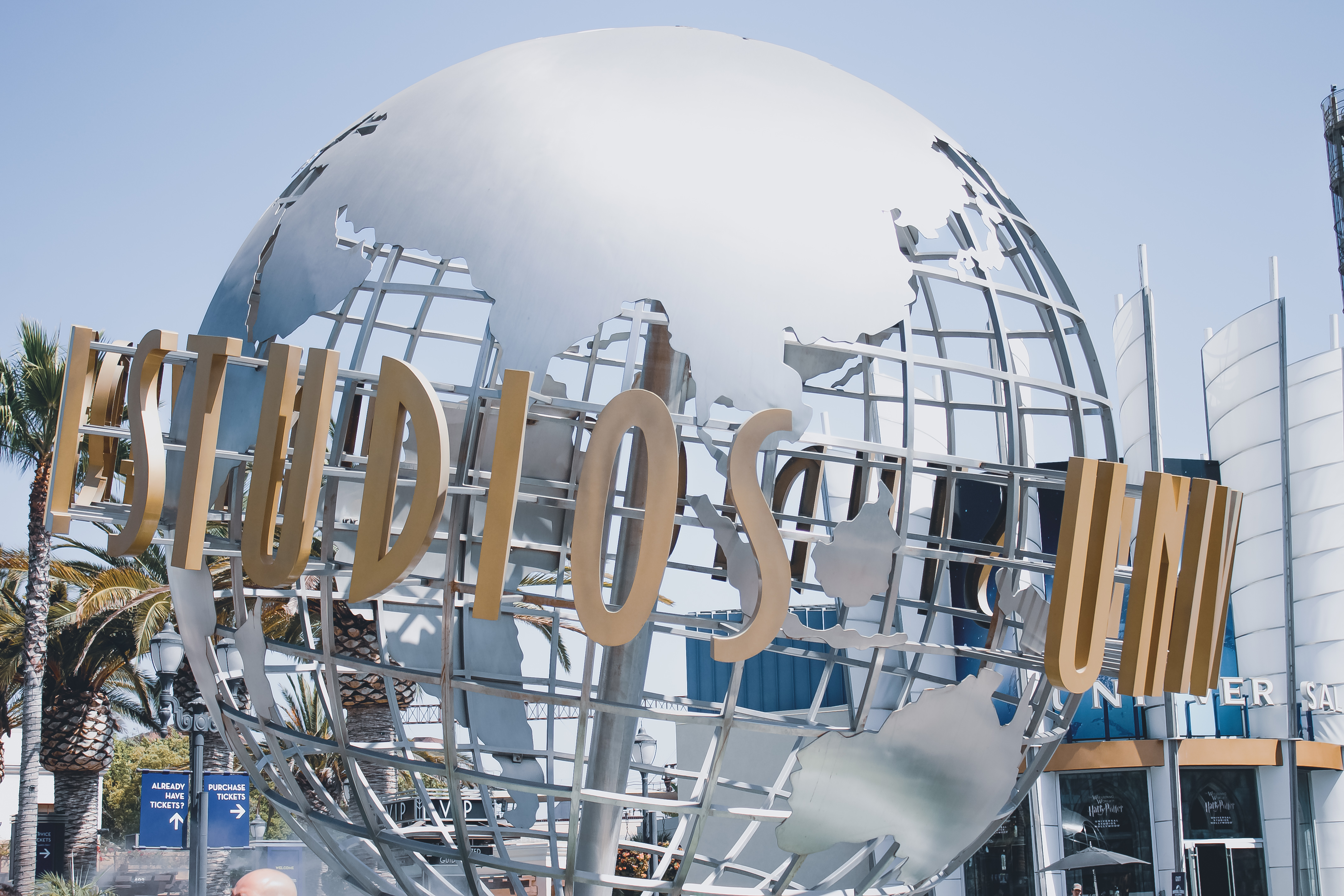